USPS offers $50,000 reward after five carriers assaulted with paintball gun in, around DC 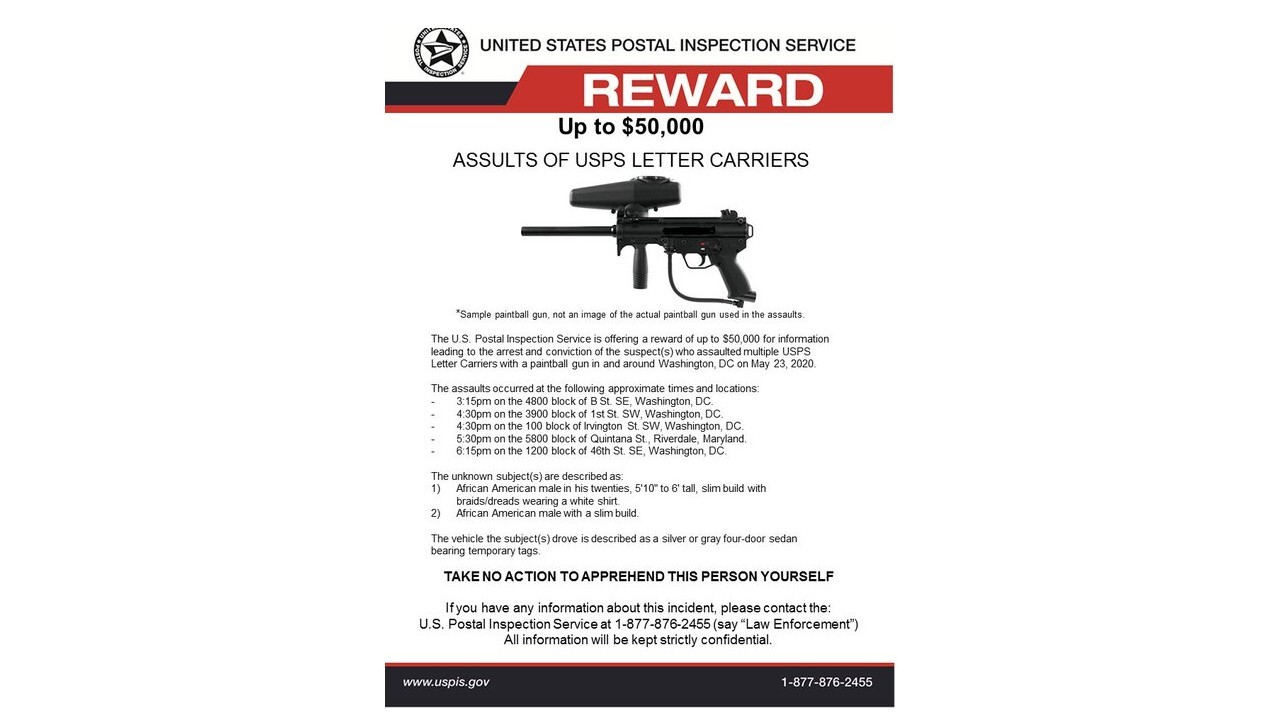 The United States Postal Service is offering a reward of up to $50,000 after five carriers were assaulted with a paintball gun in and around Washington D.C.

USPS said in a press release that the assaults happened in the following places and times:

@USPIS_DC is looking to identify the unknown subject(s) who assaulted five USPS Letter Carriers with a paintball gun in and around DC yesterday 5/23/2020. pic.twitter.com/qdaf9yRCcd

The suspect(s) are described as being male in their 20s, between 5'10 and 6', the press release said.

According to the press release, the suspect(s) were seen driving a silver or gray four-door sedan with temporary tags.