US sanctions 2 Turkish officials over detention of US pastor 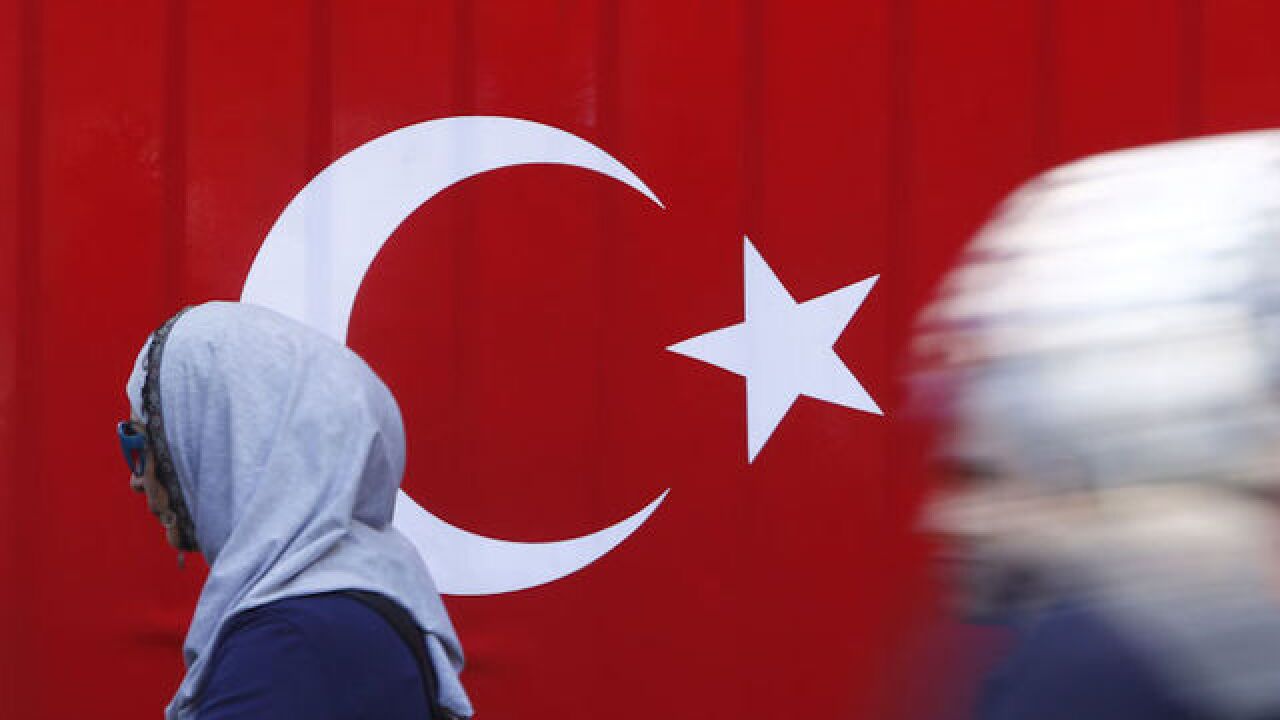 Image copyright 2018 Getty Images. All rights reserved. This material may not be published, broadcast, rewritten, or redistributed.
Michele Tantussi
<p>Turkish citizens line up to cast their ballots in the 2018 Turkish general election by a national Turkish flag hanging at the Turkish general consulate on June 8, 2018 in Berlin, Germany.</p>

The US Treasury Department is sanctioning Turkey's ministers of justice and interior in response to the detention of American pastor Andrew Brunson, White House press secretary Sarah Sanders said Wednesday.

The two ministers will have any assets and properties under US jurisdiction blocked and US persons will be prohibited from engaging in financial transactions with the ministers.

The US Treasury announced that the US is sanctioning the two Turkish officials for their role in Brunson's arrest and detention, Abdulhamit Gul and Minister of Interior Suleyman Soylu.

The statement said, "These officials serve as leaders of Turkish government organizations responsible for implementing Turkey's serious human rights abuses, and are being targeted pursuant to Executive Order (E.O.) 13818, 'Blocking the Property of Persons Involved in Serious Human Rights Abuse or Corruption,' which builds upon Treasury's Global Magnitsky Act authorities."