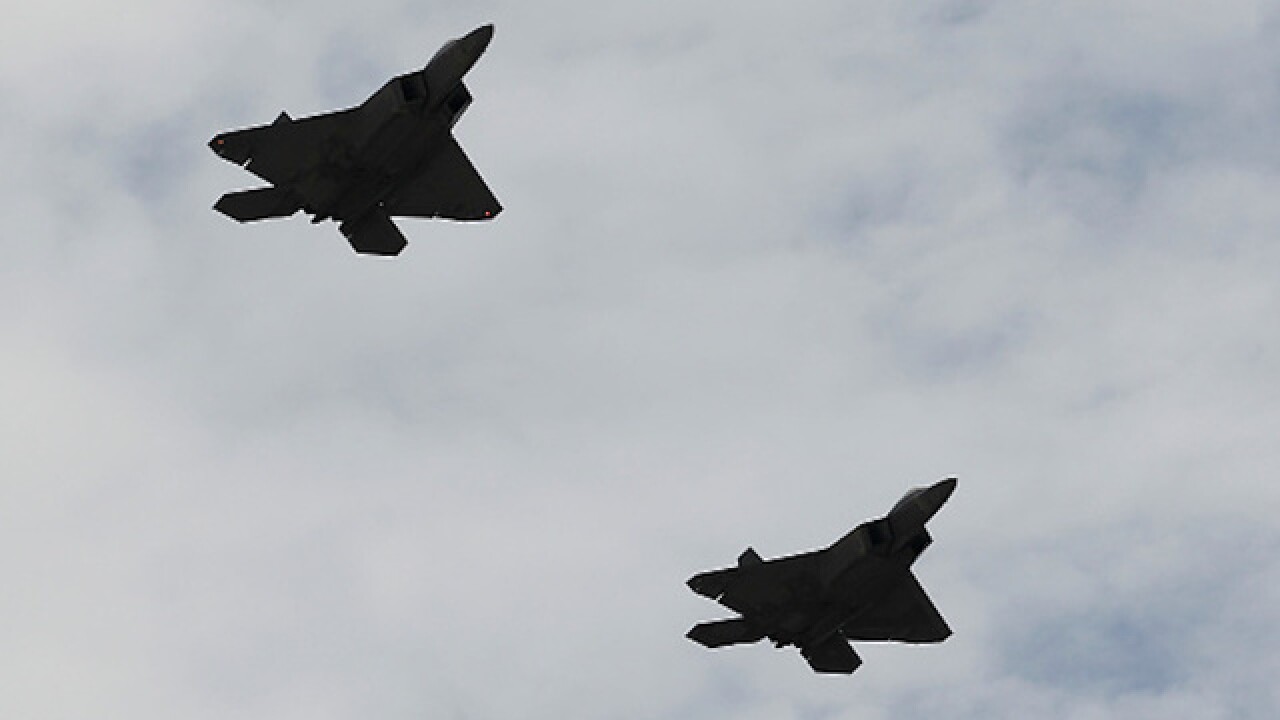 Image copyright 2018 Getty Images. All rights reserved. This material may not be published, broadcast, rewritten, or redistributed.
Brian Lawdermilk
<p>HAMPTON, GA - MARCH 05: Two F-22's from the 325th fighter wing at Tyndall Air Force Base perform a flyover prior to the Monster Energy NASCAR Cup Series Folds Of Honor QuikTrip 500 at Atlanta Motor Speedway on March 5, 2017 in Hampton, Georgia. (Photo by Brian Lawdermilk/Getty Images)</p>

"The Russian aircraft remained in international airspace and at no time did the aircraft enter United States or Canadian airspace," the statement said. It added that the intercept took place while the Russian bombers were in the US Air Defense Identification Zone, which extends about 200 miles off Alaska's western coast.

The incident marks the second time US F-22s have intercepted Russian bombers off the coast of Alaska this month. The previous intercept occurred on Sept. 1. However, during that earlier intercept, the Russian Tu-95s were not escorted by Russian fighter jets.

Two Russian Tu-95 bombers were also intercepted by F-22's off the coast of Alaska in May, nearly a year after the last encounter of this kind.

A US official previously told CNN that the military sees these flights as routine and said they pose no concern.

Russia is currently conducting a large-scale military exercise in the country's east, which Moscow has called the largest drill since before the end of the Soviet Union.

While the US military has cast doubt on the abilities of the new Russian weapons, a US Defense Intelligence Agency report from 2017 notes Moscow is in the midst of "a massive state armaments program" aimed at equipping its forces with "70% new or modernized equipment by 2020."