US captures 6 Olympic medals in 'Awesome Hour' on track 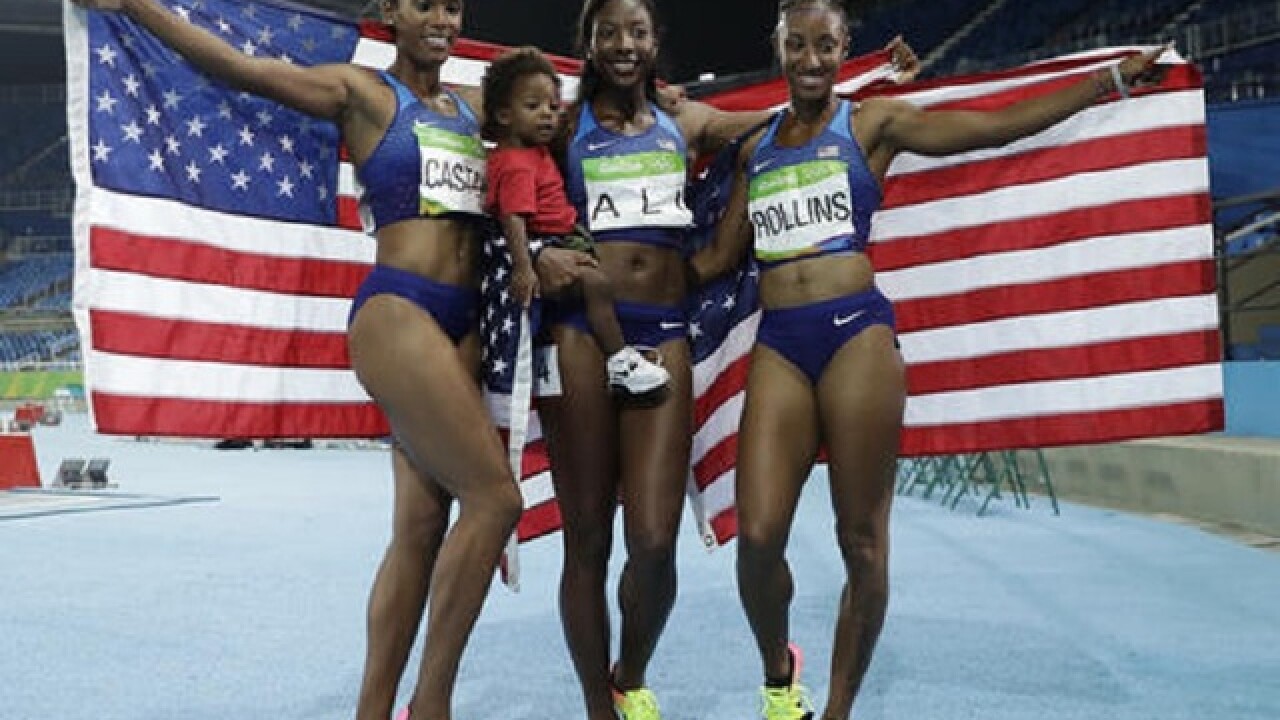 RIO DE JANEIRO (AP) — Tianna Bartoletta reflected on her first Olympic title and a rush of American medals and gave it a catchy name: "awesome hour."
In a span of about 60 minutes Wednesday night, the Americans hauled in a bevy of medals: Going 1-2 in the long jump, Tori Bowie capturing a bronze in the 200 and the U.S. team sweeping the medals in the 100-meter hurdles — a feat that's never been accomplished in the event.
A banner night, for sure. The nation entered the night with 13 medals and left the track with a total of 19, including five golds.
"It's been a good night," long jump winner Bartoletta said. "It was an awesome hour."
Bartoletta kicked it off by unseating defending Olympic champion Brittney Reese in the long jump. Moments later, Bowie won her second medal in Rio by taking bronze in the 200 meters. Not long after that, Brianna Rollins, Nia Ali and Kristi Castlin accomplished some history by finishing 1-2-3 in the hurdles.
"It's a relief. There has been such a lot of anticipation," Rollins said. "I have younger brothers and as the oldest I like to lead by example — even from far away."
To think, the evening got off on the wrong foot when Justin Gatlin surprisingly went out in the semifinals of the 200.
There went a good shot at an Olympic medal. There went another showdown with Usain Bolt.
An ankle injury hampered the 34-year-old Gatlin, who won a silver medal Sunday in the 100.
"For me, it has been an honor to be able to come out here," Gatlin said. "At the end of the day, seeing all of these young guys and young ladies out here doing a great job, it's an honor to be able to be a part of the team and run for my country."
Earlier in the day, Evan Jager earned silver in the 3,000-meter steeplechase — America's first medal in that event since 1984.
Copyright 2016 The Associated Press. All rights reserved. This material may not be published, broadcast, rewritten or redistributed.