US accuses Syria of mass executions and burning the bodies 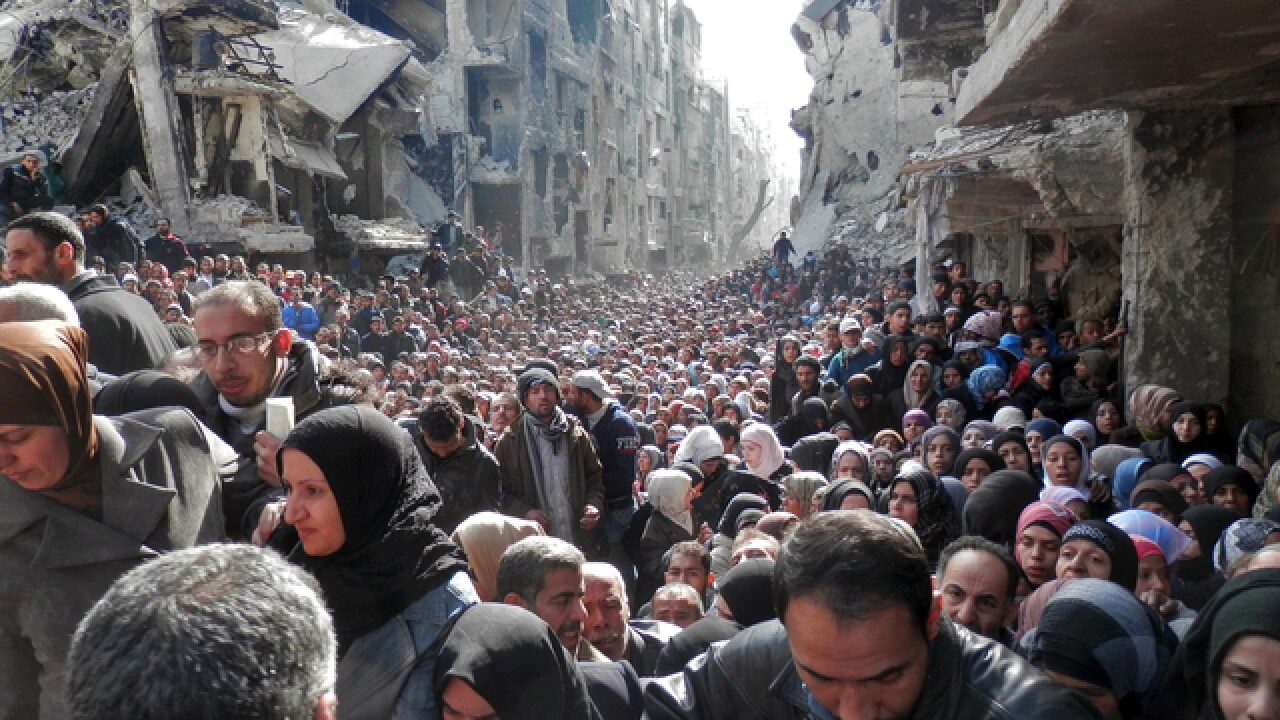 2014 UNRWA
Handout
<p>DAMASCUS, SYRIA - JANUARY 31: In this handout provided by the United Nation Relief and Works Agency (UNRWA), Residents wait in line to receive food aid distributed in the Yarmouk refugee camp on January 31, 2014 in Damascus, Syria. The United Nations renewed calls for the Syria regime and rebels to allow food and medical aid into the Palestinian camp of Yarmouk. An estimated 18,000 people are besieged inside the camp as the conflict in Syria continues. (Photo by United Nation Relief and Works Agency via Getty Images)</p>

WASHINGTON (AP) — The Trump administration is accusing the Syrian government carrying out mass killings of thousands of prisoners and burning the dead bodies in a large crematorium outside the capital.

The State Department says about 50 detainees a day are being hanged at Saydnaya military prison, about 45 minutes from Damascus. It says the crematorium is being used to hide evidence of the extent of the killings.

The department is releasing newly declassified photographs showing what it says is a building in the prison complex that has been modified to support the crematorium.

In presenting the photographs, the top U.S. diplomat for the Middle East, Stu Jones, said Monday that Syrian President Bashar Assad's government "has sunk to a new level of depravity" with the support of Russia and Iran