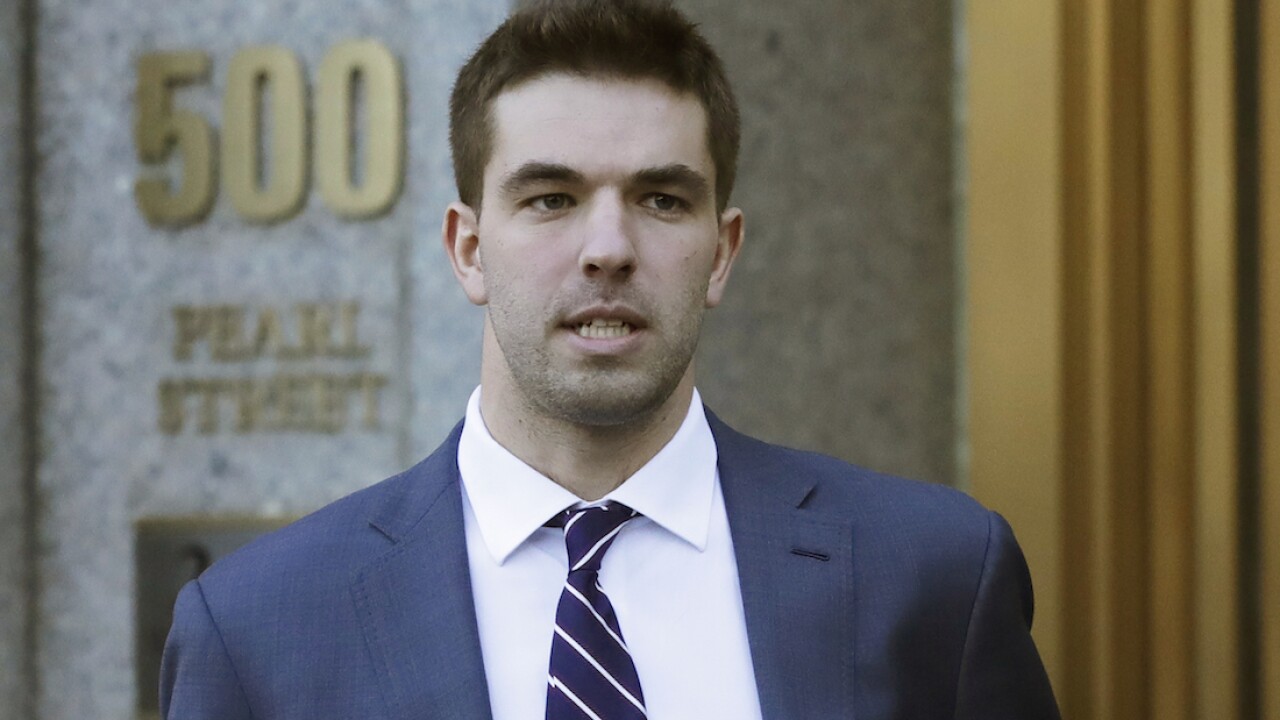 Copyright 2018 The Associated Press. All rights reserved.
Mark Lennihan/AP
Billy McFarland, the promoter of the failed Fyre Festival in the Bahamas, leaves federal court after pleading guilty to wire fraud charges, Tuesday, March 6, 2018, in New York. He faces a sentence of 8 to 10 years. (AP Photo/Mark Lennihan)

If you weren't able to make it to the failed Fyre Festival, the U.S. Marshals are making it possible for you to own a piece of merchandise from the botched 2017 music festival.

Consumers will be able to purchase t-shirts, baseball caps, and other merchandise online through the U.S. Marshals' auctioneer, Gaston & Sheehan.

In a news release, U.S. Marshal Ralph Sozio of the Southern District of New York said the proceeds of the auction will go toward the victims of McFarland's crimes.

“This Fyre Festival-branded clothing and other items that were seized from Billy McFarland were originally intended to be sold at the Fyre Festival itself but were kept by McFarland, with the intent to sell the items and use the funds to commit further criminal acts while he was on pre-trial release,” said Sozio in the news release. “The proceeds from the sale of these items, all traceable to McFarland’s $26 million fraud, will go toward the victims of his crimes.”

Bidding on the items opened Thursday and ends August 13.

Festival founder Billy McFarland was sent to prison for wire fraud charges back in 2018.

McFarland should be released from prison in 2023, the statement said.