Two dead, thousands still without power as Sally continues to dump rain on southeastern US 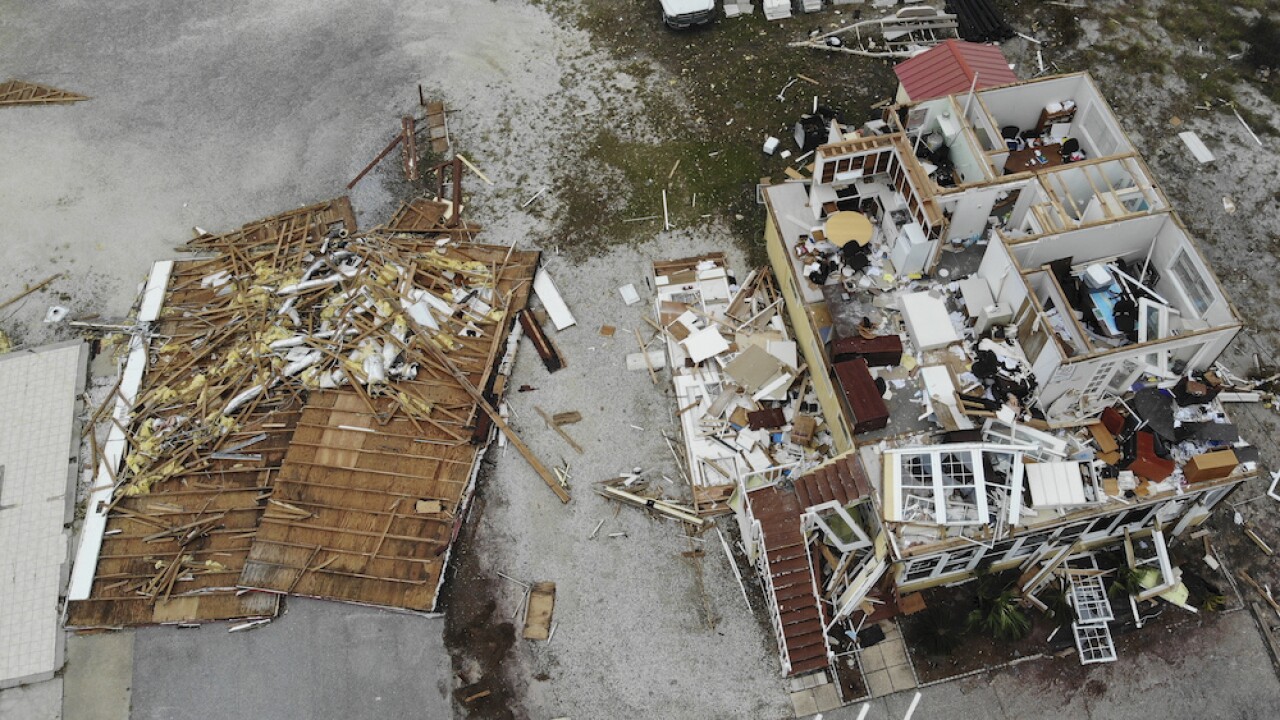 Copyright 2020The Associated Press. All rights reserved
Angie Wang/AP
A damaged business is seen in the aftermath of Hurricane Sally, Thursday, Sept. 17, 2020, in Perdido Key, Fla. Rivers swollen by Hurricane Sally’s rains threatened more misery for parts of the Florida Panhandle and south Alabama on Thursday, as the storm’s remnants continued to dump heavy rains inland that spread the threat of flooding to Georgia and the Carolinas. (AP Photo/Angie Wang)

Right now, thousands of people are without power on the Gulf Coast, and the relentless rains and remnants of what was Hurricane Sally is now soaking the Carolinas and moving northeast.

In hard-hit Alabama, where the storm first struck land as a Category 2 Hurricane, debris-laced waters have taken over once-thriving neighborhoods. Swollen and rising rivers are now threatening bridges across Florida.

At least two people have been killed since Sally made landfall.

"Citizens awoke to extensive damage and destructive property, loss of power and infrastructure and sadly even the loss of life," Alabama Gov. Kay Ivey said Thursday.

One of those deaths occurred in Georgia, when Sally's heavy rains saturated the soil, triggering the collapse of a tree onto a home.

"Widespread river flooding is ongoing, and it could continue over the next week in different parts of Florida," Florida Gov. Ron DeSantis said Thursday.

Thousands of homes and businesses on the Gulf Coast are still without power, 48 hours after Sally made landfall.

"Power though is a major, major initiative and a priority at this point," DeSantis said. "...they do have crews here working. They are going to be working 24/7 to get the power back on."

Now, officials are keeping their eyes on new threats brewing. The National Hurricane Center is currently monitoring six storms in the Atlantic. One of those systems has already developed into a major hurricane, though it isn't expected to impact the U.S. However, Tropical Depression 22 is expected to strengthen into at least a Tropical Storm in the coming days before making landfall in Texas.

"There are seven systems out there right now," said Greg Michel, the executive director of Mississippi Emergency Management. "One of which the system in the bay of Campeche, we could be doing this again in a few days."