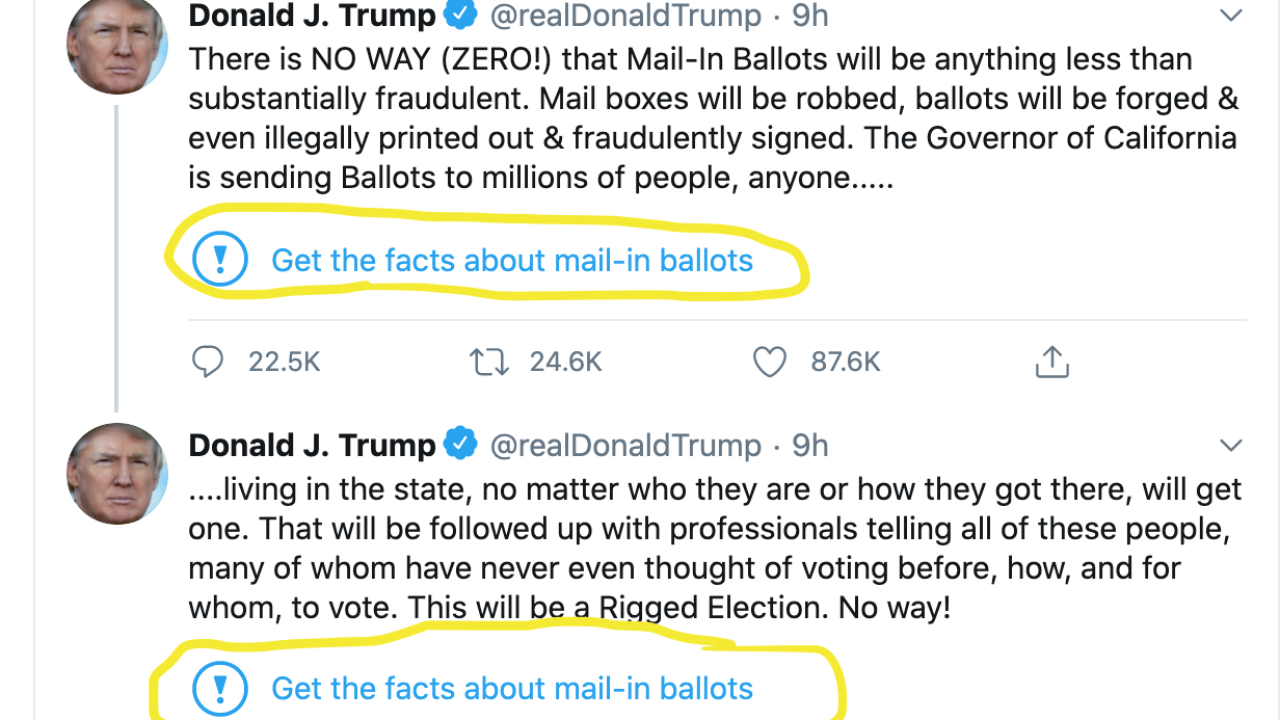 For the first time in the history of the platform, Twitter has issued a fact check alert on a presidential tweet.

Twitter has come under fire in recent days for allegedly not applying its conduct standards on tweets sent by the president. The controversy was fueled by a conspiracy pushed by the president about prominent MSNBC host Joe Scarborough and the death of a former congressional staffer. The now deceased congressional staffer worked for Scarborough when he was a member of Congress.

According to an autopsy released from the 2001 death, the staffer died when she fell and hit her head.

The family of the deceased staffer called on Twitter to delete the tweets, claiming that had the tweets been sent by anyone other than the president, they would have been kicked off the platform.

“We are deeply sorry about the pain these statements, and the attention they are drawing, are causing the family," a Twitter spokesperson said to NBC News. "We've been working to expand existing product features and policies so we can more effectively address things like this going forward, and we hope to have those changes in place shortly."

On Tuesday, Trump repeated his claim that mail-in voting causes millions of illegal votes to be cast.

The tweets now show a fact check compiled by Twitter:

“ Trump falsely claimed that California will send mail-in ballots to ‘anyone living in the state, no matter who they are or how they got there.’ In fact, only registered voters will receive ballots.

“Though Trump targeted California, mail-in ballots are already used in some states, including Oregon, Utah and Nebraska.”

"Twitter is now interfering in the 2020 Presidential Election," Trump tweeted. "They are saying my statement on Mail-In Ballots, which will lead to massive corruption and fraud, is incorrect, based on fact-checking by Fake News CNN and the Amazon Washington Post. Twitter is completely stifling FREE SPEECH, and I, as President, will not allow it to happen!"