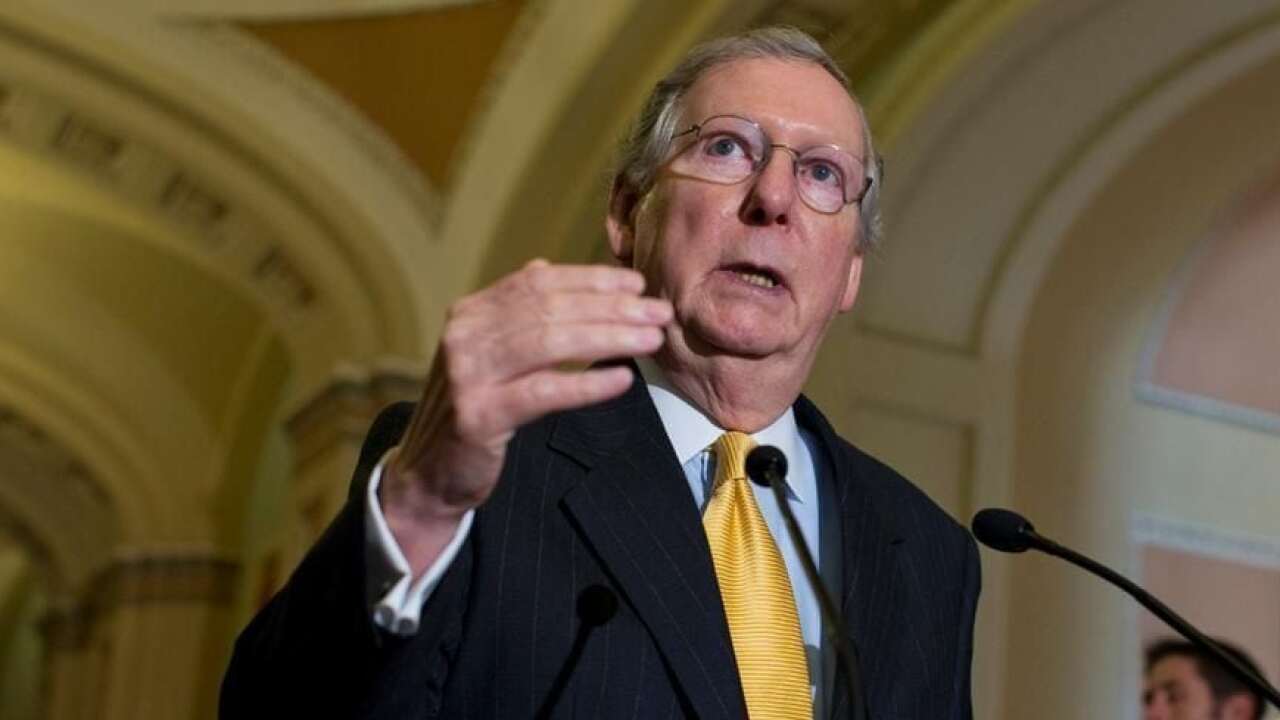 President Donald Trump is urging the Republican-run Senate to consider “without delay” his upcoming nomination to fill the Supreme Court seat vacated by the death of Justice Ruth Bader Ginsburg just six weeks before the election.

Trump is making his view known in a tweet Saturday, the day after Ginsburg died. He says, “We were put in this position of power and importance to make decisions for the people who so proudly elected us."

He says the “most important” decision "has long been considered to be the selection of United States Supreme Court Justices. We have this obligation, without delay!”

Ginsburg died on Friday at the age of 87 after a battle with cancer.

The court, which has seen its share of 5-4 decisions in recent years, could become a reliably conservative court for years to come if Trump is able to push through a nominee leading up to the election.

But one person who is opposing a last-minute appointment to the bench was apparently Ginsburg herself.

Dictating a statement to family that was released to NPR, Ginsburg said, “My most fervent wish is that I will not be replaced until a new president is installed.”

In 2016, conservative Justice Antonin Scalia's death came nine months before the presidential election, and became a focal point of that year's election. President Barack Obama attempted to fill the seat, but Republicans in the Senate blocked the appointment.

“The American people should have a voice in the selection of their next Supreme Court Justice. Therefore, this vacancy should not be filled until we have a new president,” Schumer tweeted, which were the exact words used by McConnell in 2016.

"President Trump’s nominee will receive a vote on the floor of the United States Senate," McConnell said.

McConnell said this situation is different because Republicans control the White House.

"Americans reelected our majority in 2016 and expanded it in 2018 because we pledged to work with President Trump and support his agenda, particularly his outstanding appointments to the federal judiciary. Once again, we will keep our promise," McConnell said.

"The voters should pick a President, and that President should select a successor to Justice Ginsburg," Biden said. "This was the position that the Republican Senate took in 2016, when there were nearly nine months before the election. That is the position the United States Senate must take now, when the election is less than two months away. We are talking about the Constitution and the Supreme Court. That institution should not be subject to politics."

HOW A SUPREME COURT JUSTICE IS CONFIRMED

- The president nominates a replacement to be vetted by the Supreme Court.

- After vetting the nominee, the Senate may take a vote to accept the nomination. The vote nomination must have 51 votes in order to pass. If there is a tie, the vice president can vote to break a tie.

- There are 53 Republicans in the US Senate. It would take four Republicans to vote in opposition in order for a potential nominee not to be approved.