Trump suggests US military foot the bill for border wall 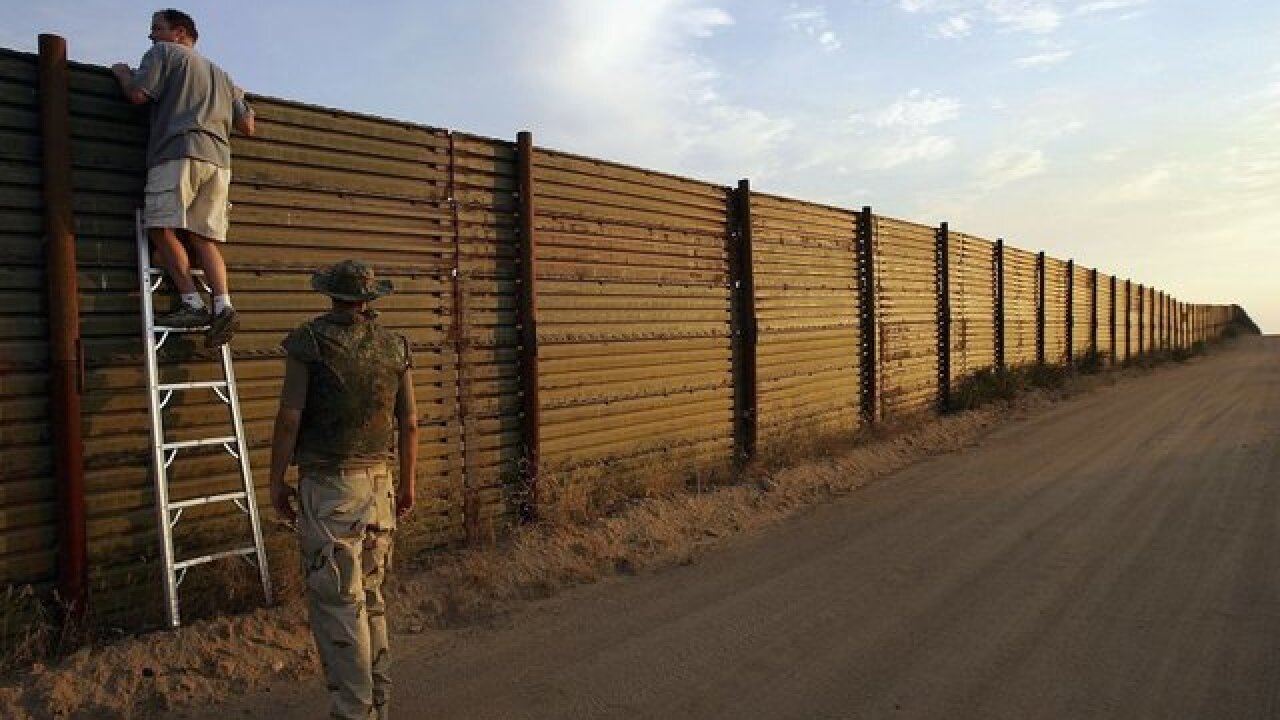 President Donald Trump has privately floated the idea of funding construction of a border wall with Mexico through the US military budget in conversations with advisers, two sources confirmed to CNN Tuesday.

Trump discussed the idea in a private meeting last week with House Speaker Paul Ryan, a source familiar with the conversations said, as he reviewed the omnibus spending bill, which does not include funding for construction of a border wall. It was not immediately clear how serious Trump was about pursuing this option, but the move would likely face steep hurdles with appropriators in Congress.

The idea is Trump's latest attempt to find a way to build the border wall he promised supporters during his campaign as Mexico has dismissed his call for Mexico to fund its construction. Trump has said he would seek that payment in the form of a refund, either through trade negotiations, remittance payments or other means.

Congressional budgeting is done with very specific instructions for how dollar amounts are spent. Any repurposing of funds requires express congressional approval, which Trump is unlikely to get. The source noted that additional authorization from Congress would likely be necessary if this option was pursued.

A senior administration official confirmed the President has floated this idea, along with others, as alternative ways to pay for the wall.

"There's a lot of different options we're trying to contemplate. Certainly that's one," the official said.

Another option: increasing fees that a person has to pay when they cross the border from Mexico into the United States.

"You could always increase them and take the revenue for that for resources," this official said.

This official described these as the President's "musings."

White House press secretary Sarah Sanders declined to weigh in when asked repeatedly on Tuesday at the daily press briefing about trying to get the military to fund the wall.

"I can't get into the specifics of that at this point, but I can tell you that the continuation of building the wall is ongoing, and we're going to continue moving forward in that process," Sanders said.

However, no new wall is currently being built. Funds have only been appropriated to fix current fencing or build new fencing.

A Washington Post  report  on Tuesday contained details of Trump's desire for the military to fund his wall and appeared to clarify a message Trump posted to his Twitter account over the weekend, where he exclaimed, "Build a WALL through M!"

The report said two advisers confirmed the "M" was a reference to the military and that three people familiar with the Trump-Ryan meeting noted little reaction from Ryan to Trump's proposal to have the military fund construction of the wall.

Two White House officials told the Post that Trump saw the increased funding for the military as a reason it could afford to foot the bill for the border wall. The omnibus agreement Trump signed into law last week  included  about $1.6 billion for border security.

Last week, Trump expressed displeasure with the funding agreement and  threatened briefly  not to sign it, but ultimately  relented  and then continued to express his displeasure on Twitter.

Since taking office, the Trump administration has tried to demand Congress  appropriate money  for his promised wall, and the Mexican government has steadfastly  refused  to pay for it. Trump last year  said  Mexico would pay for it "through reimbursement/other."