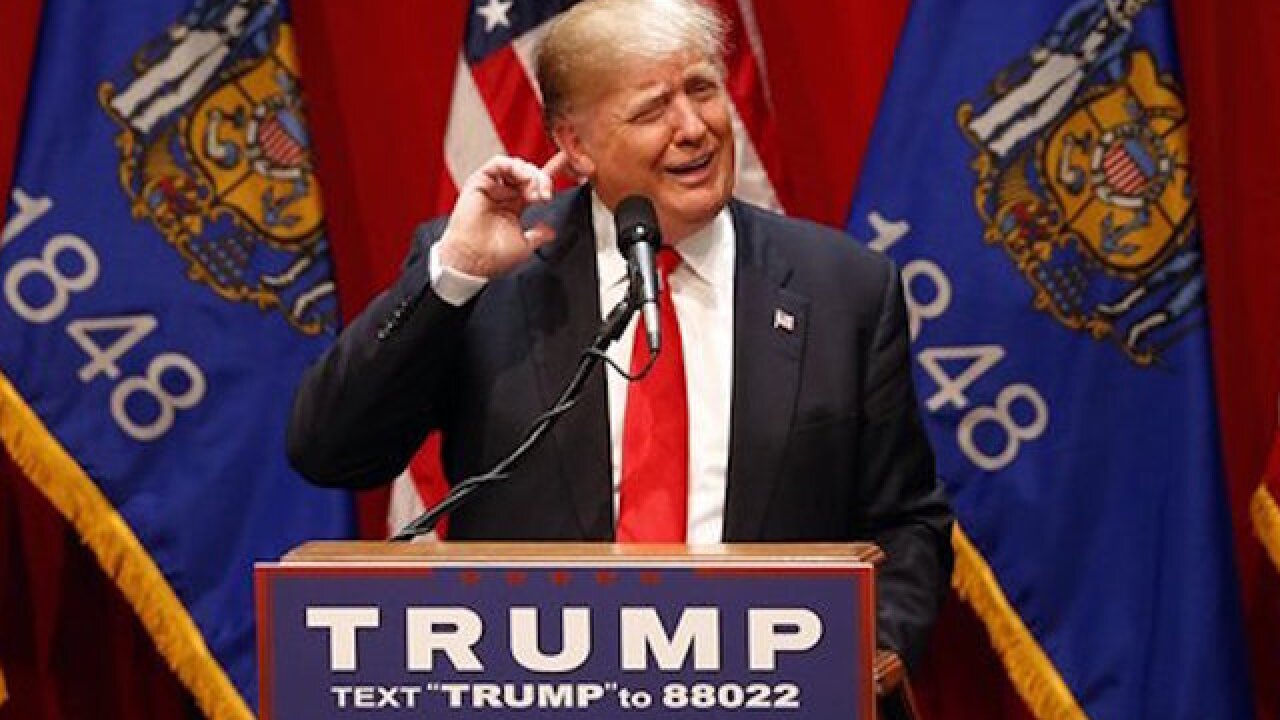 GREEN BAY, Wis. (AP) — Republican presidential front-runner Donald Trump said Wednesday that women who get an abortion should receive "some form of punishment" if it is ever outlawed, drawing swift condemnation from activists on both sides of the divisive social issue.

Within hours, Trump's campaign sought to take back his comments in two separate statements, ultimately saying the billionaire businessman believes abortion providers — and not their patients — should be the ones punished.

"My position has not changed," Trump argued in both statements released by his campaign. "Like Ronald Reagan, I am pro-life with exceptions."

Trump's original remarks about abortion came in a heated exchange with MSNBC host Chris Matthews at the Wednesday afternoon taping of a town hall in Green Bay, Wisconsin, scheduled to air that night. Matthews asked Trump whether he believes abortion should be outlawed.

After an extended back-and-forth, Trump said, "you have to ban" abortion and "there has to be some form of punishment" for women who violate such a restriction.

Pressed by Matthews on the nature of that punishment, Trump responded, "I haven't determined what the punishment should be."

Trump also suggested that should abortion ever be barred, women could continue to receive abortions at "illegal places."

"You know you'll go back to a position like where they had where people perhaps will go to illegal places," he said.

Trump's remarks were assailed by abortion-rights supporters, but they also unsettled anti-abortion activists who said the comments clash with efforts to show empathy with women contemplating whether to have the procedure.

"We have never advocated, in any context, for the punishment of women who undergo abortion," Marjorie Dannenfelser, president of the national anti-abortion group Susan B. Anthony List, said in a statement.

"As a convert to the pro-life movement, Mr. Trump sees the reality of the horror of abortion — the destruction of an innocent human life," Dannenfelser said. "But let us be clear: punishment is solely for the abortionist who profits off of the destruction of one life and the grave wounding of another."

The March for Life, which organizes anti-abortion events each January in Washington, said on Twitter: "No pro-lifer would ever want to punish a woman who has chosen abortion. This is against the very nature of what we are about."

Asked to clarify his position, Trump's campaign initially issued a statement saying he believes the issue should rest with state governments.

But as the condemnation from all sides mounted, Trump's campaign issued a second statement that rejected his idea that a woman should face repercussions for undergoing an illegal abortion.

"If Congress were to pass legislation making abortion illegal and the federal courts upheld this legislation, or any state were permitted to ban abortion under state and federal law, the doctor or any other person performing this illegal act upon a woman would be held legally responsible, not the woman," Trump said. "The woman is a victim in this case as is the life in her womb."

Trump has often said he's opposed to abortions, with three exceptions: rape, incest and when the life of the mother is at risk.

Trump has been criticized by some conservatives for changing his position on abortion. Trump used to describe himself as in favor of abortion rights, but says his stance has evolved over the years.

"Not only is this an unhinged position far from where the American people are, but it is sure to endanger women were he to become president," said Ilyse Hogue, the president of NARAL Pro-Choice America. "The worldview Donald Trump promotes is one where women should be shamed and blamed for their decisions."

Hillary Clinton, the leading Democratic candidate, also weighed in via Twitter: "Just when you thought it couldn't get worse. Horrific and telling."