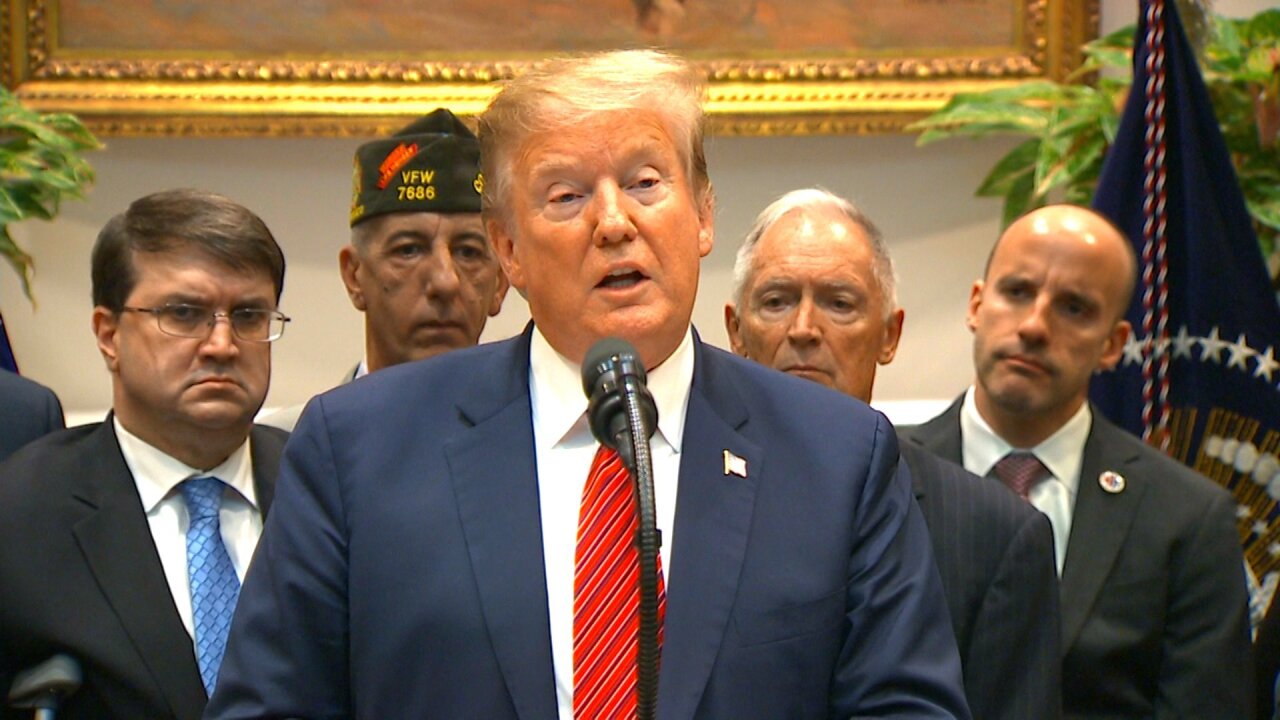 The Trump administration is reinforcing its controversial military relationship with Saudi Arabia by preparing to send hundreds of troops to the country amid increasing tensions with Iran.

Five-hundred troops are expected to go to the Prince Sultan Air Base, located in a desert area east of the Saudi capital of Riyadh, according to US two defense officials. A small number of troops and support personnel are already on site with initial preparations being made for a Patriot missile defense battery as well as runway and airfield improvements, the officials said.

The US has wanted to base troops there for some time because security assessments have shown Iranian missiles would have a difficult time targeting the remote area.

The decision comes as US and Saudi relations remain extremely sensitive amid bipartisan congressional anger how the administration has handled the murder of Jamal Khashoggi.

But the Trump administration has said it is committed to trying to help protect Saudi Arabia against Iranian aggression.

Last month the administration announced it was sending 1,000 additional troops to the Middle East as Iran tensions flared but did not specify which countries they were going to. The forces going to Saudi Arabia are part of this deployment.

Congress has not been formally notified of the deployment, although one official told CNN that they had been given an informal heads up and an announcement is expected next week.

The notification to Congress will provide more precise details about the US military deployments to the region that have already been publicly announced.

Commercial high-resolution satellites, captured by Planet Labs and obtained by CNN, show an initial deployment of US troops and support personnel to the air base in mid-June, according to Jeffrey Lewis, director of the East Asia Nonproliferation Project at the Middlebury Institute of International Studies at Monterey, who has studied the new images.

Subsequent imagery captured in late June and early July appears to show preparations being made to the site ahead of the deployment of US troops, Lewis said.

"A small encampment and construction equipment appeared at the end of a runway by June 27, suggesting that improvements are already underway. The encampment to the east of the runway is typical of Air Force engineering squadrons deployed overseas," he told CNN.

The US hopes to be able to fly stealth, fifth-generation F-22 jets and other fighters from the base, according to officials.

So far, the Pentagon is declining to comment on the deployment due to longstanding Saudi sensitivities about having US troops in the Kingdom. The Saudis have also not announced US troops are coming to the country.

In May, Secretary of State Mike Pompeo formally told lawmakers of the administration's plan to use a pre-existing rule that would allow it to expedite arms sales to allies in the Middle East, including Saudi Arabia.

"These sales will support our allies, enhance Middle East stability, and help these nations to deter and defend themselves from the Islamic Republic of Iran," Pompeo said in a statement at the time that put the value of the sales at $8.1 billion.

The move drew bipartisan condemnation, with lawmakers decrying the precedent it sets, questioning the administration's claims of an emergency and raising the issue of Saudi Arabia's human rights record and Khashoggi's murder.

Last month, several House lawmakers reasserted their view that an emergency declaration was not needed.

"The emergency declaration is nothing more than an egregious abuse of power by an Administration that doesn't like being told, 'No.' There is no emergency, but there is a conflict in Yemen that has killed thousands of civilians with US-made weapons and a Congress that is tired of being complicit," California Rep. Ted Lieu, a Democrat, said in a statement.

Earlier this month, a group of bipartisan senators introduced a bill aimed at creating accountability in the US-Saudi relationship, despite past failed attempts to provide oversight of the Trump administration's dealings with the Gulf kingdom.

The bill would require the secretary of state, in coordination with the defense secretary, the director of national intelligence and the treasury secretary, to prepare a comprehensive report and present it to Congress within 270 days. The report would need to examine foreign policy goals, risks, Saudi Arabia's relations with other countries like China and Russia, and its human rights record.