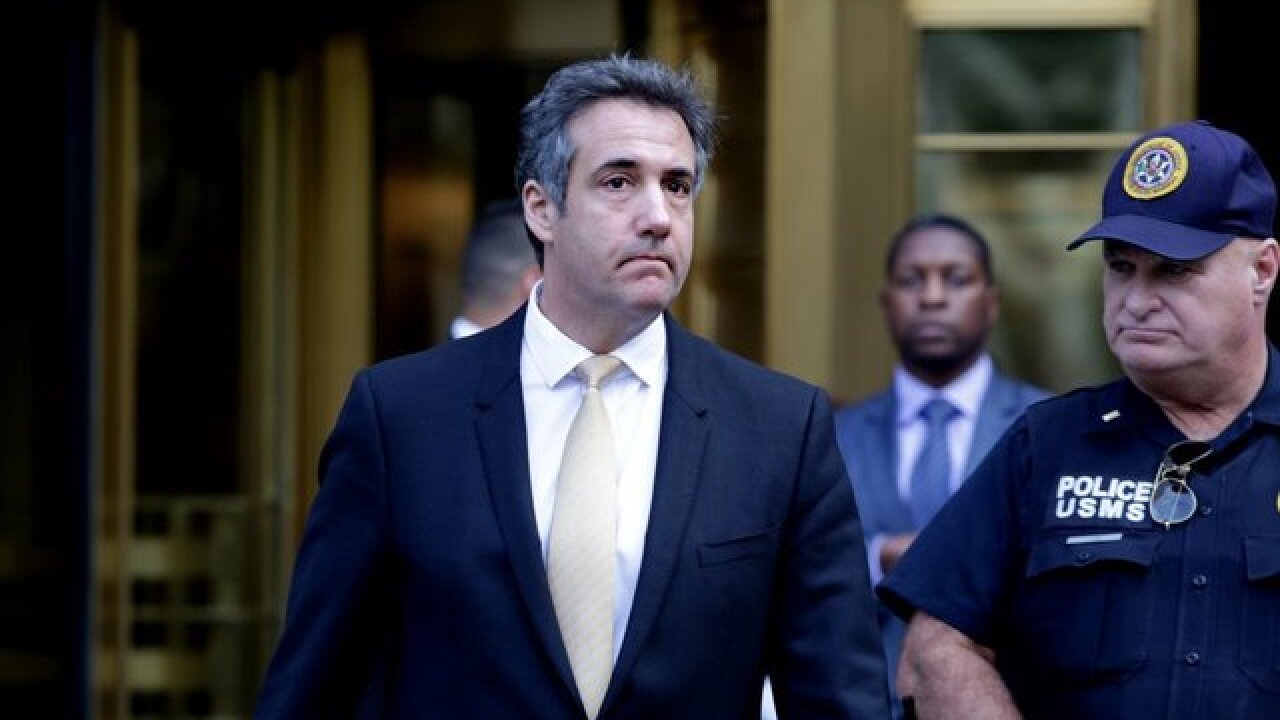 The New York State Department of Taxation and Finance has issued a subpoena to Michael Cohen as part of its ongoing probe into whether the Trump Foundation violated New York tax laws, a department spokesman confirmed to CNN.

"A subpoena has been issued to Michael Cohen for relevant information in light of the public disclosures made yesterday," said Tax Department spokesperson John Gazzale in a statement. "We will be working with the New York Attorney General and the Manhattan district attorney as appropriate. We can't comment further on this investigation."

The Trump Organization did not immediately respond to CNN's request for comment.

The Associated Press first reported the news of the subpoena.

The tax department subpoena comes a day after Cohen pleaded guilty to eight criminal counts in Manhattan federal court, charges that included tax fraud, false statements to a bank and campaign finance violations tied to his work for President Donald Trump. Those charges were brought by the US Attorney's Office for the Southern District of New York.

In court on Tuesday, Cohen said his conduct was specifically for the "purpose of influencing the election," when discussing the charge related to McDougal.

He also said the money he used to pay Clifford, better known as former adult film star Stormy Daniels, was "later repaid to me by the candidate."

Cohen, Trump's longtime personal lawyer, was under investigation for months by federal prosecutors in New York, after the case involving him was referred to the US attorney's office by Special Counsel Robert Mueller.

Despite Cohen's statements in court under oath and the court filings made by federal prosecutors that reference Trump's involvement in Cohen's conduct, the White House on Wednesday maintained that Trump "did nothing wrong."

"As the President has said and we've stated many times, he did nothing wrong. There are no charges against him and we've commented on it extensively," White House press secretary Sarah Sanders said. "Just because Michael Cohen made a plea deal, doesn't implicate the President on anything."

Cohen faces up to 65 years in prison.