Trump's rivals left with few chances to stop him 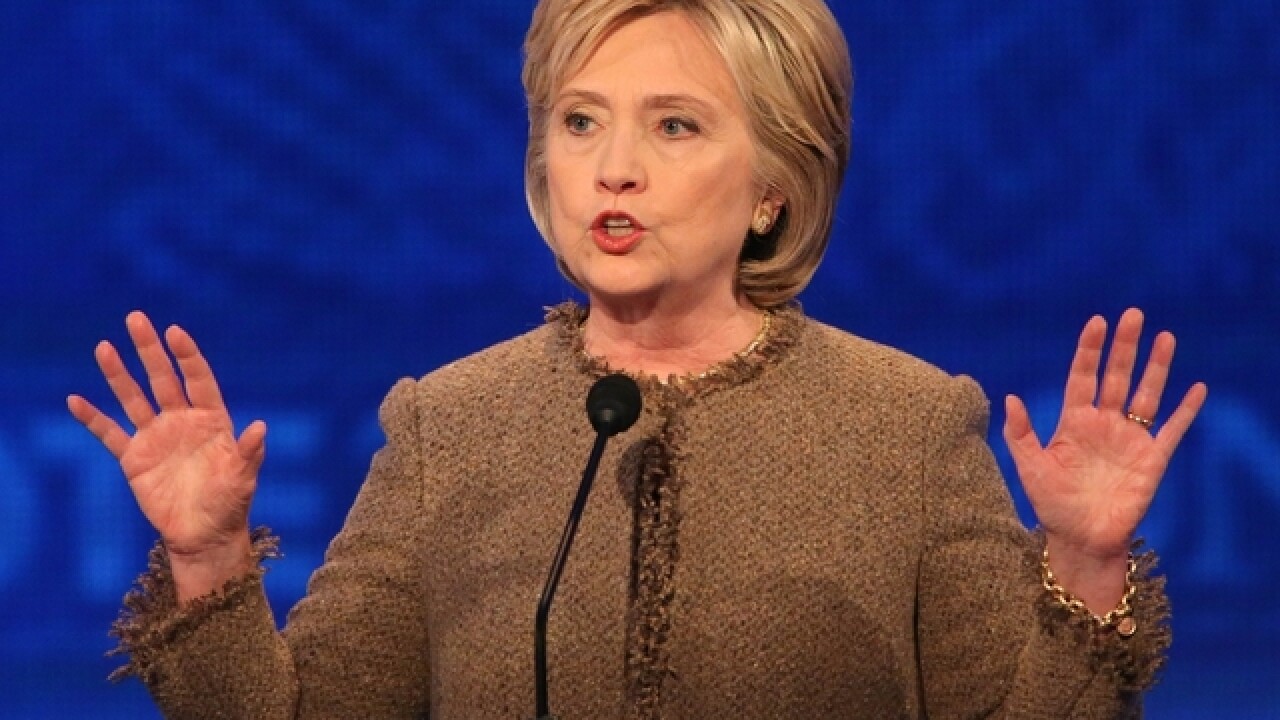 By: Associated Press
Posted at 8:09 PM, Mar 08, 2016
LANSING, Mich. (AP) — Donald Trump's easy victories in Michigan, Mississippi and Hawaii left his rivals with shrinking opportunities to slow his momentum in the Republican primaries and little indication that intense efforts to undermine his credibility are pushing voters away from the brash billionaire.

Democrat Bernie Sanders surprised front-runner Hillary Clinton in Michigan, a victory that breathed new life into his White House bid and forecast a long Democratic contest. But Clinton, who won Mississippi, padded her delegate lead and is now halfway to the number needed to clinch the nomination.

Clinton glossed over her contest with Sanders as she addressed supporters, choosing instead to focus her attention on Republicans and the general election.

"We are better than what we are being offered by the Republicans," she declared.

Trump entered Tuesday's contests facing questions about his durability and ended the night with a pair of convincing victories. Texas Sen. Ted Cruz added a win in Idaho, bolstering his case that he's the only candidate who can beat Trump with some regularity.

Florida Sen. Marco Rubio suffered another brutal drubbing, failing to pick up any delegates in Michigan and Mississippi. He faces a sudden-death contest in Florida next week. Similarly, Ohio Gov. John Kasich desperately needs to win his home state Tuesday to stay in the race.

With the prospect of a Trump nomination growing more likely, rival campaigns and outside groups have significantly stepped up efforts to discredit the real estate mogul. But the flood of attacks on Trump's business record and temperament has failed to slow his rise.

"Every single person who has attacked me has gone down," Trump said at one of his Florida resorts. He was flanked by tables packed with his retail products, including steaks, bottled water and wine, and defended his business record more thoroughly than he outlined his policy proposals for the country.

The billionaire businessman told NBC's "Today" show Wednesday he thought the attacks were helping him: "There's tremendous positive energy in the party. We're setting records going to the polls. Some people have never voted before and they've voting for Trump."

In a phone-interview with Fox News Channel, Trump called his campaign a global phenomenon and said it was time for the party to unify behind him.

"Instead of fighting it, they should embrace.it," he said. "If we embrace what's happening and if everybody came together ... nobody could beat the Republican Party."

Tuesday's contests marked another lost opportunity for rivals desperate to stop his march to the nomination. Next week's winner-take-all contests in Ohio and Florida loom as perhaps the last chance to block him short of a contested convention fight.

Kasich finished third in Michigan, behind Trump and Cruz. It wasn't the boost he was looking for heading into next week's crucial contest in his home state.

"We're going to win in Ohio. That's going to be a whole new ball game," Kasich told ABC's "Good Morning America" on Wednesday. "We are beginning to be heard and we are gaining."

Rubio, whose appeal with party leaders hasn't been reciprocated by voters, insisted he would press on to Florida.

If Rubio and Kasich can't win at home, the GOP primary appears set to become a two-person race between Trump and Cruz. The Texas senator is sticking close in the delegate count, and with seven states in his win column he's argued he's the only candidate standing between Trump and the GOP nomination.

Trump won most of the delegates in Tuesday's contests but he still must do better to win the nomination before the Republican National Convention this summer. Trump's lead over Cruz grew by only 15 delegates Tuesday. That's because all four states awarded delegates proportionally, so even the second-place finisher got some.

The economy ranked high on the list of concerns for voters in Michigan and Mississippi. At least 8 in 10 in each party's primary said they were worried about where the American economy is heading, according to exit polls conducted by Edison Research for The Associated Press and television networks.

Among Democrats, 8 in 10 voters in both states said the country's economic system benefits the wealthy, not all Americans.

Sanders has sought to tap into that concern, energizing young people and white, blue-collar voters with his calls for breaking up Wall Street banks and making tuition free at public colleges and universities.

After Tuesday's results, Clinton has accumulated 1,221 delegates and Sanders 571, including superdelegates. Democrats need 2,383 delegates to win the nomination.

Trump has won most of the states that have voted so far, but he is winning only 44 percent of the delegates. Cruz is winning only 34 percent. In the overall race for delegates, Trump has 458 and Cruz has 359.Rubio has 151 delegates and Kasich has 54. It takes 1,237 delegates to win the Republican nomination for president.