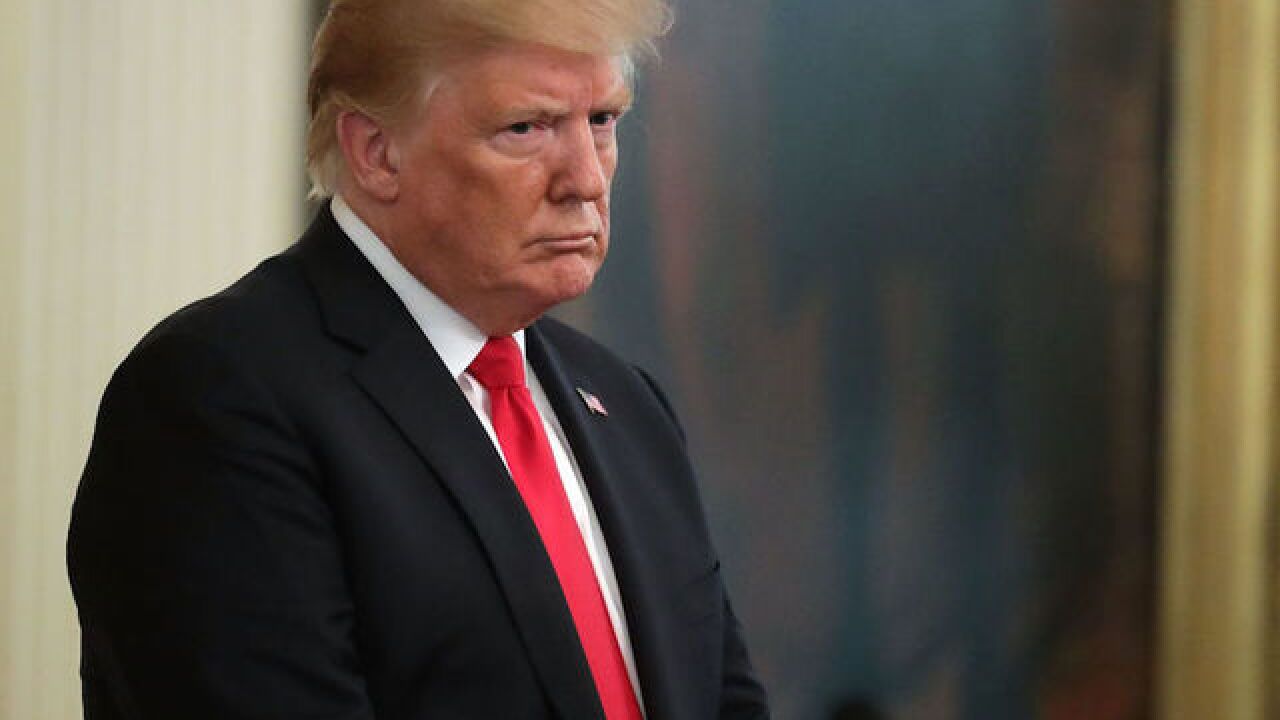 In a letter to House and Senate leaders, Trump described the pay increase as "inappropriate."

"We must maintain efforts to put our Nation on a fiscally sustainable course, and Federal agency budgets cannot sustain such increases," the President wrote.

An across-the-board 2.1% pay increase for federal workers was slated to take effect in January. In addition, a yearly adjustment of paychecks based on the region of the country where a worker is posted -- the "locality pay increase" -- was due to take effect.

Trump said both increases would no longer happen.

He stressed the change wouldn't affect the federal government's ability to attract qualified workers, and wrote the government would focus on "recruiting, retaining and rewarding high-performing Federal employees and those with critical skill sets."

The implications of Trump's decision on the locality pay increase were not immediately clear. Workers based in more expensive parts of the country are paid higher salaries to compensate for the higher cost of living.

In his letter, Trump wrote the locality increase in 2019 would average 25.70% and cost the federal government $25 billion. But he did not say whether the locality adjustments already in place would remain in effect and the White House did not immediately clarify.

Pay for military personnel will not be affected by Trump's decree; instead, US troops are due a 2.6% pay increase next year. Trump frequently trumpets the military pay raise while listing his administration's accomplishments. The raise came as part of a massive $716 billion defense spending bill that Trump signed earlier this month.

That measure, along with a new two-year federal budget and tax cuts heralded by Republicans, have led to accusations Trump is ignoring the federal deficit, despite promising he would address it as president. The tax plan alone is expected to increase the deficit by $1.4 trillion over 10 years, according to a government estimate.

Reaction from Democrats was swift, particularly those from states adjacent to Washington, where large numbers of federal workers reside.

"Zero. This seems to be how much respect President Trump has for federal workers," wrote Sen. Ben Cardin, D-Maryland, in a statement. "It is outrageous and hypocritical that after spending billions of taxpayer dollars on unnecessary tax cuts for the wealthy and big corporations -- and as the President boasts about the 'great' state of the American economy, that suddenly the White House finds that there is zero money left to pay a minimal cost-of-living adjustment to the patriotic, dedicated public servants."

While the Washington area contains the largest concentration of federal workers, only 1-in-6 civilian employees of the government live in the region.

The state with the largest number of federal workers is California, followed by Virginia, Washington, DC, and Texas.