Trump blew up at homeland security chief over border security 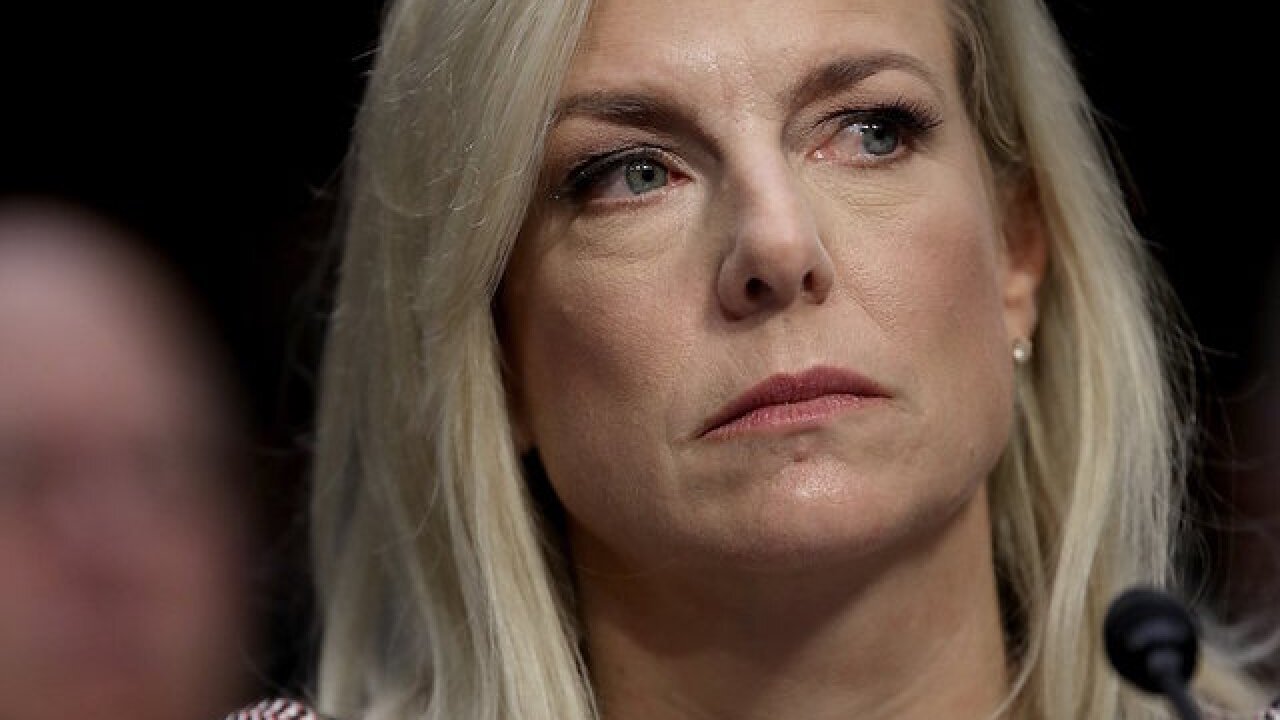 President Donald Trump and Homeland Security Secretary Kirstjen Nielsen got into a lengthy, heated argument during a Cabinet meeting focused on immigration Wednesday, a source with knowledge of the blowup told CNN.

Trump was furious with Nielsen, telling her he didn't think she was doing enough to secure the border. But Nielsen maintained her ground, citing the law in certain instances, the source said.

A separate White House official confirmed that Trump exploded over immigration in front of the Cabinet. The official described the remarks as "angry and heated" but also as fairly typical for Trump on this issue.

The New York Times first reported on the blowup, saying Trump berated Nielsen to the point she told colleagues she was close to resigning after the incident.

Trump went on a "lengthy tirade" before the full Cabinet, the report said, but it added that Nielsen thought the thrust Trump's remarks were about her.

White House press secretary Sarah Sanders said in reaction to the report, "The President is committed to fixing our broken immigration system and our porous borders. We are a country of laws and the president and his administration will enforce them.''

Nielsen said in a statement that she shares Trump's frustration about the border, blaming it in part on "congressional inaction."

"The President is rightly frustrated that existing loopholes and the lack of congressional action have prevented this administration from fully securing the border and protecting the American people. I share his frustration," Nielsen said. "Border security is the most basic and necessary responsibility of a sovereign nation. These are complex issues and I will continue to direct the Department to do all we can to implement the President's security-focused agenda."

The report of Trump's angry remarks marked at least the second top Cabinet official Trump is said to have berated to the point they nearly quit. The Times reported last year that Trump called Attorney General Jeff Sessions an "idiot" to his face and said he should resign, and a source told CNNlast year that Sessions offered to resign amid a series of heated exchanges with Trump.