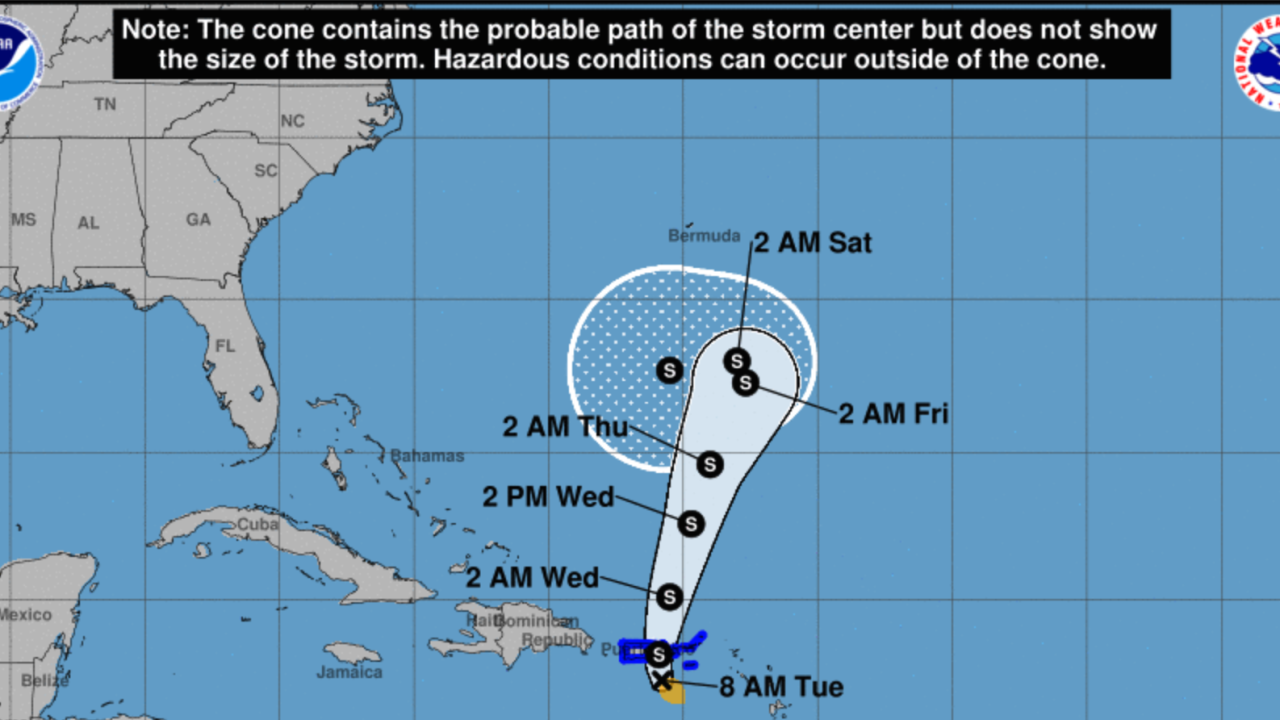 Karen has once again intensified to a tropical storm that will drench Puerto Rico and the Virgin Islands Tuesday, causing possible flooding and mudslides.

It's expected to pass "near or over" Puerto Rico on Tuesday, the National Hurricane Center said.

"This could be enough to bring down trees, and the infrastructure for power is still weak after Maria, so I anticipate power outages," Guy said. "Strong rip currents will also be a danger for the next few days. (Tuesday) for the southern shores of the islands and northern shores through Thursday."

As the storm trekked toward land early Tuesday, about 110 miles south of San Juan, it packed 40 mph maximum sustained winds , the NHC said. The storm's center will pass "near or over" Puerto Rico and the US Virgin Islands on Tuesday before it continues over the western Atlantic, the center said.

Karen will dump up to 4 inches of rain across the islands with some isolated areas getting up to 8 inches, the NHC said. And even as the center of the storm moves away, rainfall and threats of flooding will continue through Wednesday, it said .

Puerto Rico Gov. Wanda Vázquez Garced tweeted Monday that a Price Freeze Order had been issued on the island and included gas, diesel and other essential products.

"We emphasize to the citizens to prepare with caution and evaluate if they need to go to a shelter," she said.

Puerto Rico's Department of Education said on Monday it was also "taking the necessary measures" to guarantee security during the storm. Garced announced she was suspending classes and work for government employees on Tuesday, a news release for the department said.

The Leeward Islands will also see some 3 inches of rain.

"These rains may cause flash flooding and mudslides, especially in mountainous areas," the center added.