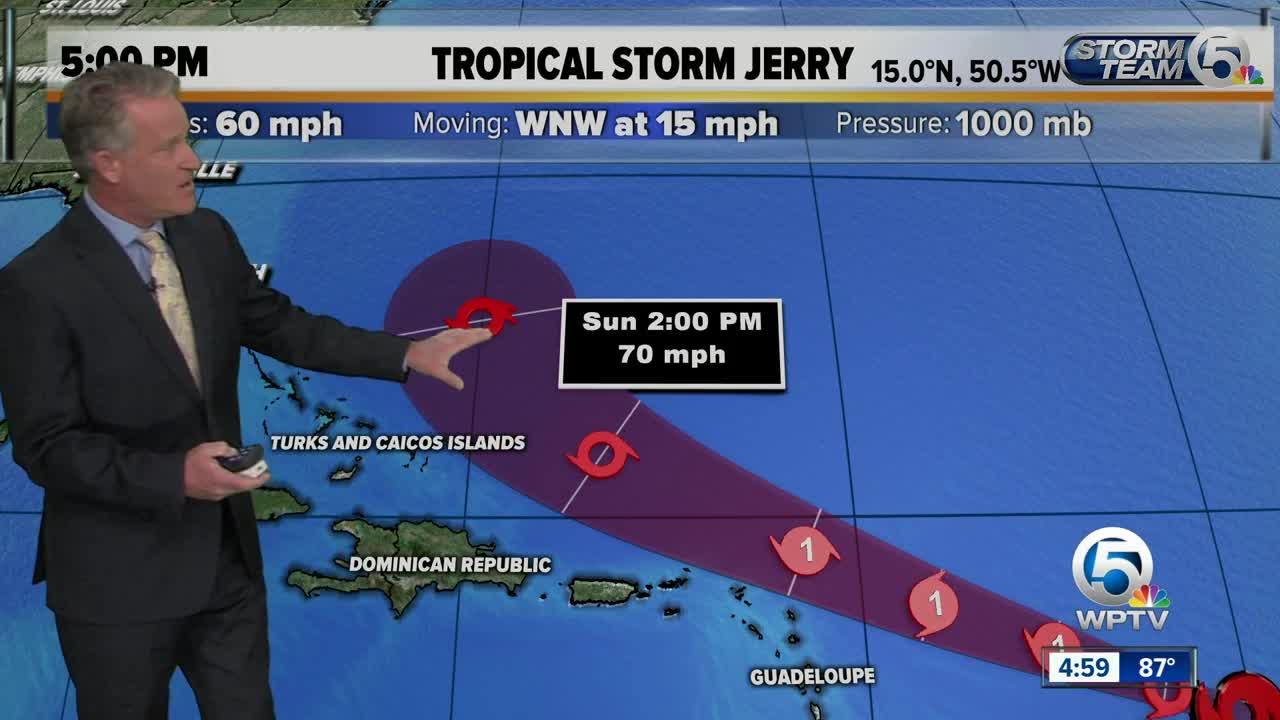 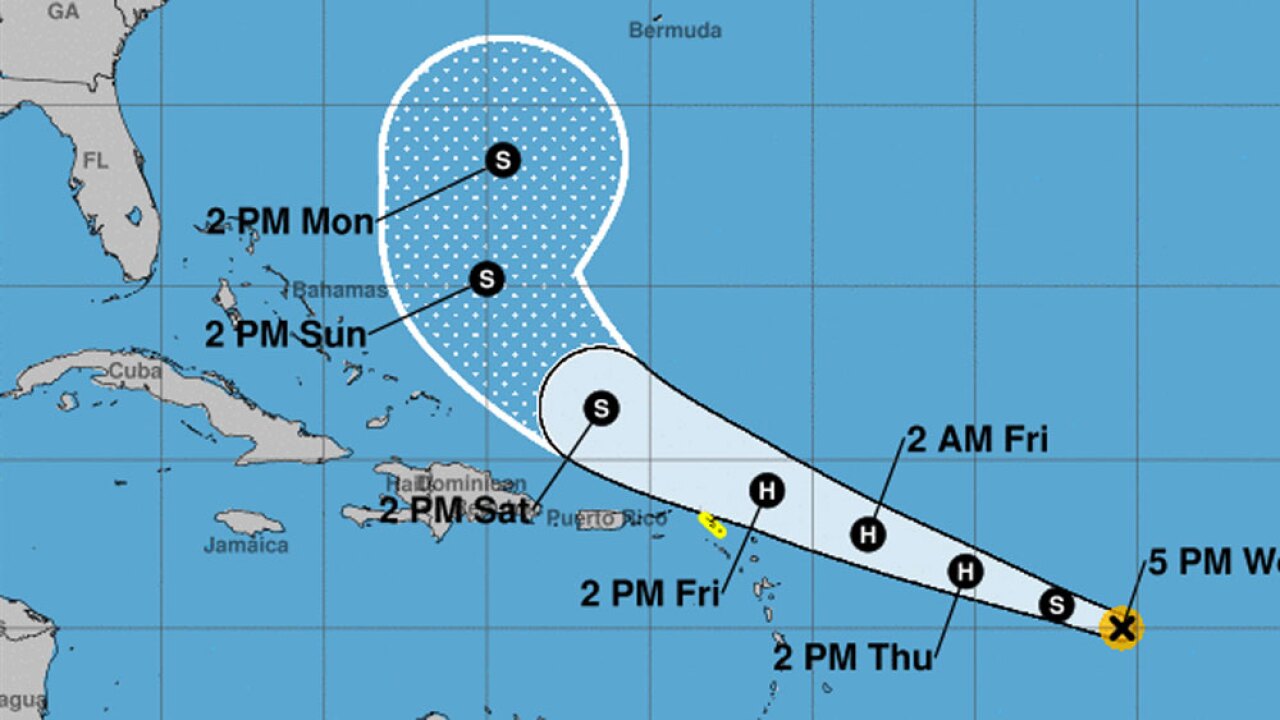 After forming into a tropical storm early Wednesday morning, Jerry is strengthening in the Atlantic Ocean.

At 8 p.m. ET, the center of Jerry is moving toward the west-northwest at about 15 mph. The storm is expected to move slightly faster in that direction over the next few days. On the forecast track, the system will be near the northern Leeward Islands Thursday night or Friday.

Maximum sustained winds have increased to near 60 mph with higher gusts. Jerry is expected to continue strengthening over the next couple of days and become a hurricane on Thursday.

Tropical-storm-force winds extend outward up to 45 miles from the center of the system.

The consensus among most the long-range computer models — including the European and American model — is that the storm will curve north by early next week, due to a weakness in the Bermuda High.

This story was originally published by Kahtia Hall on WPTV in West Palm Beach, Florida.