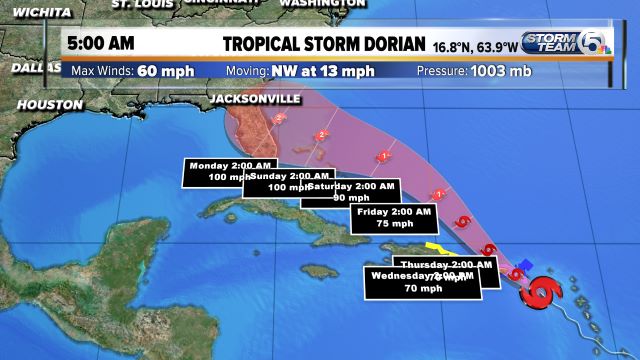 The 5 a.m. Wednesday update for Tropical Storm Dorian now has a very fast increase in strength as Dorian heads up through the Bahamas. 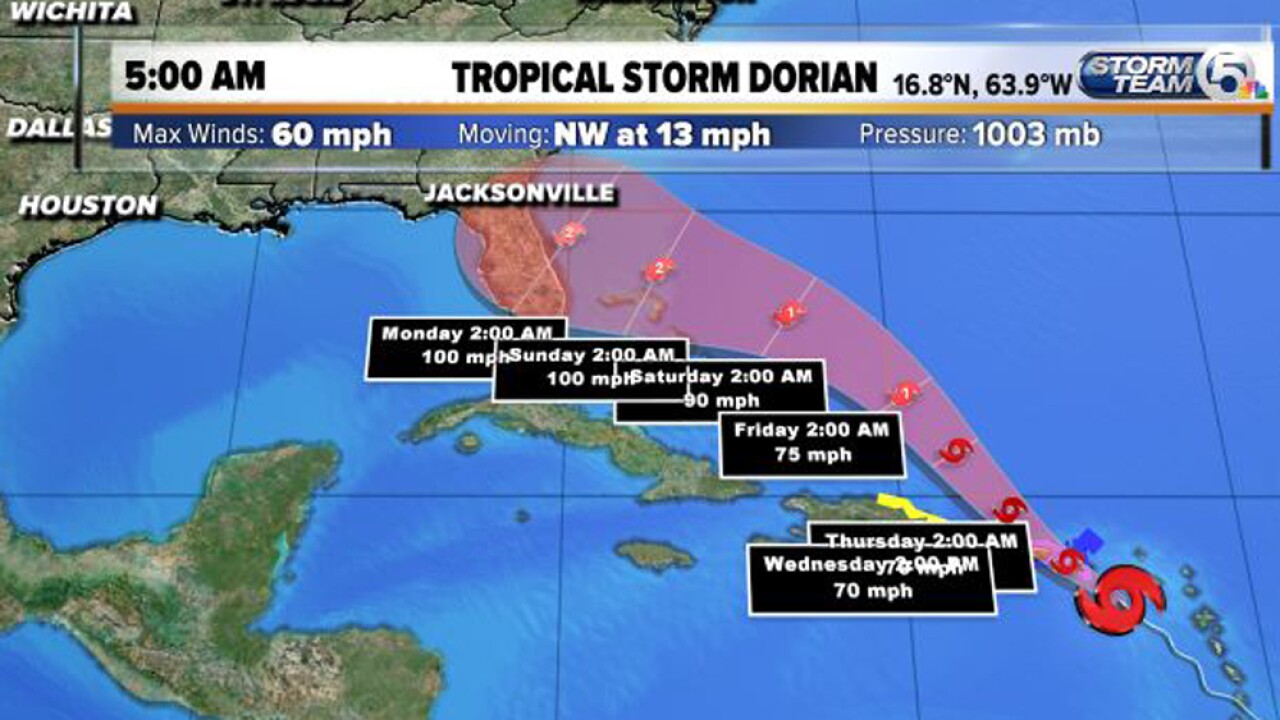 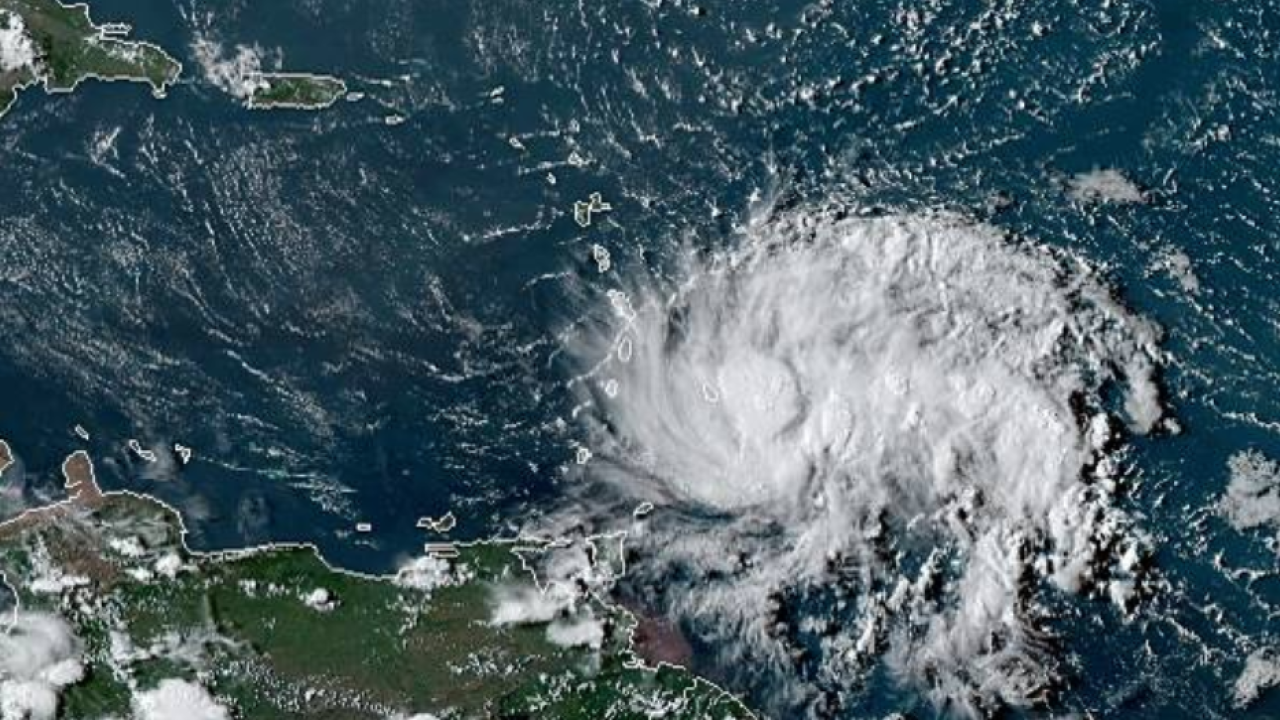 Tropical Storm Dorian continues to gain strength and has winds of 70 mph as of 11 a.m. Wednesday.

The storm is moving toward the northwest at about 13 mph and this general motion is expected to continue during the next few days. It is near St. Croix in the U.S. Virgin Islands and expected to become a hurricane soon.

Computer models show Tropical Storm Dorian now has a very fast increase in strength as it heads up through the Bahamas.

The forecast shows Dorian becoming a Category 3 hurricane before decreasing some in strength before making landfall somewhere between South Carolina and South Florida on Sunday or early Monday morning.

Wednesday morning's models are still a little all over the place when it comes to the five-day forecast for Dorian.

Some models taking Dorian up toward the Carolinas, some toward the Jacksonville area, and one very reliable model bringing Dorian into our viewing area on Sunday.

All the models show Dorian becoming a hurricane and some much stronger than others.

Once Dorian clears Puerto Rico later Wednesday, the models will begin to come into much better agreement.

A Hurricane Watch is in effect for:
* Puerto Rico

A Tropical Storm Watch is in effect for:
* Dominican Republic from Isla Saona to Samana

This story was originally published by Glenn Glazer on WPTV.