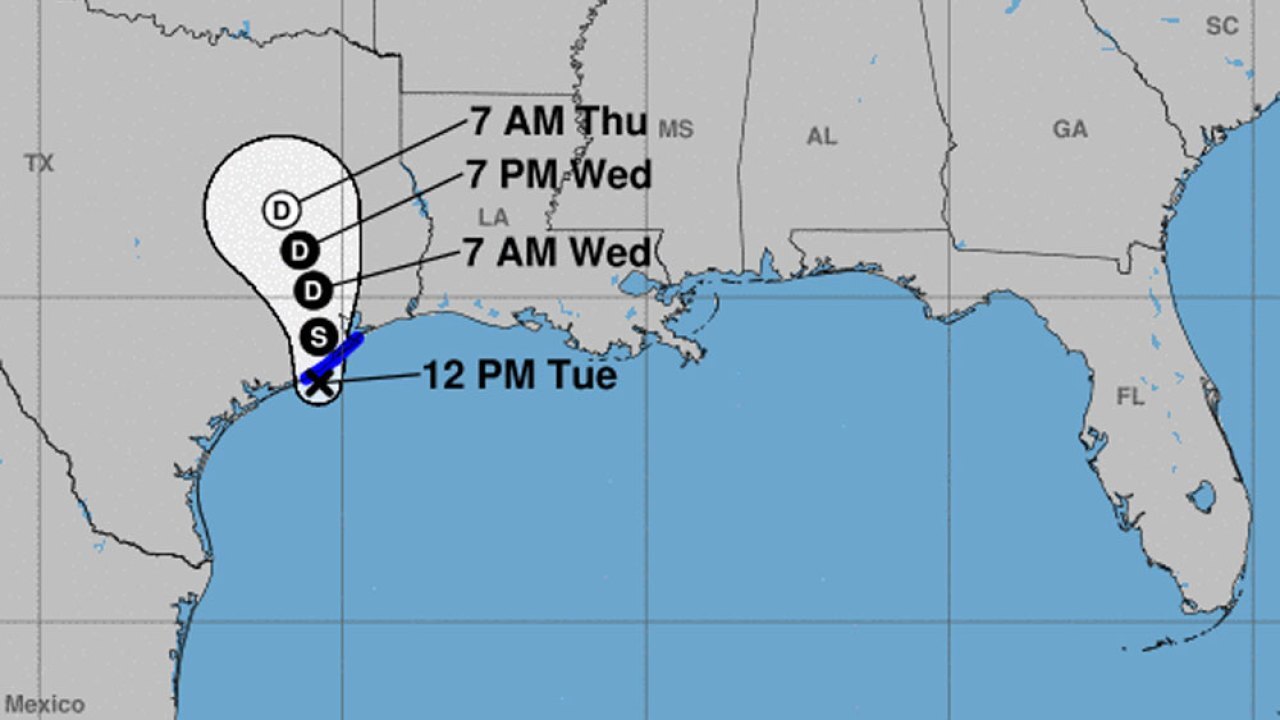 Tropical Storm Imelda, which formed near the Texas coast, has made landfall.

The storm struck near Freeport, Texas, with 40 mph winds.

The National Hurricane Center says heavy rainfall and the threat of flash flooding will spread inland.

Forecasters said portions of eastern Texas and southwestern Louisiana should expect rainfall over the next day or two.

This story was originally published on WPTV.