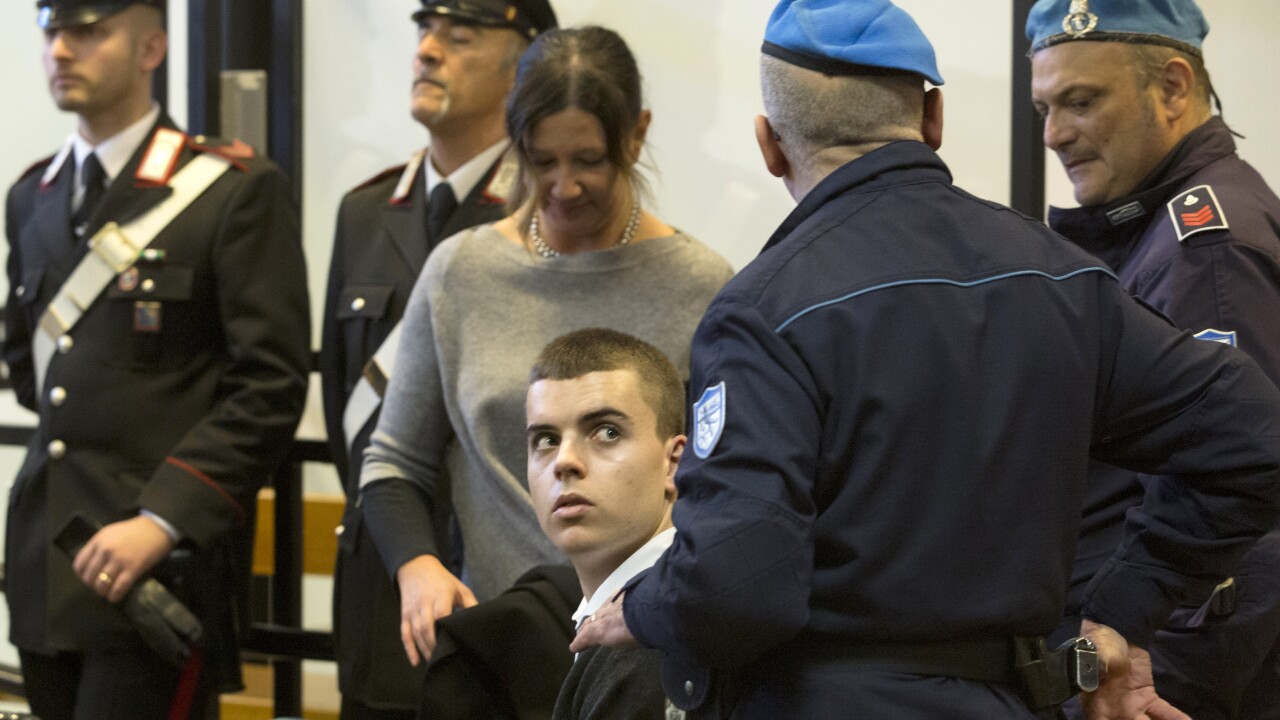 ROME (AP) — After months in a Rome jail, a trial has begun for a pair of schoolmates from California who are accused of murdering an Italian policeman during vacation in Italy.

The first hearing, held Wednesday, is expected to deal with procedural manners.

Carabinieri paramilitary officer Mario Cerciello Rega was unarmed and on plainclothes assignment when he was stabbed 11 times near the Americans’ hotel in the early hours of July 26, 2019.

Prosecutors have alleged that Finnegan Lee Elder, now 20, thrust a 7-inch attack-style knife repeatedly into the 35-year-old officer, while Gabriel Natale-Hjorth, now 19, scuffled nearby with the officer's partner.

Prosecutors believe the suspects attacked the officers to avoid arrest after attempting to buy drugs in Rome’s trendy Trastevere area.

The defendants have said they're innocent. They say they acted in self-defense, believing the officers were ill-intentioned.

The circumstances that led to the officer’s death remain unclear, but there’s overwhelming evidence against the suspects, including the murder weapon that was found in their possession, The New York Times reports.