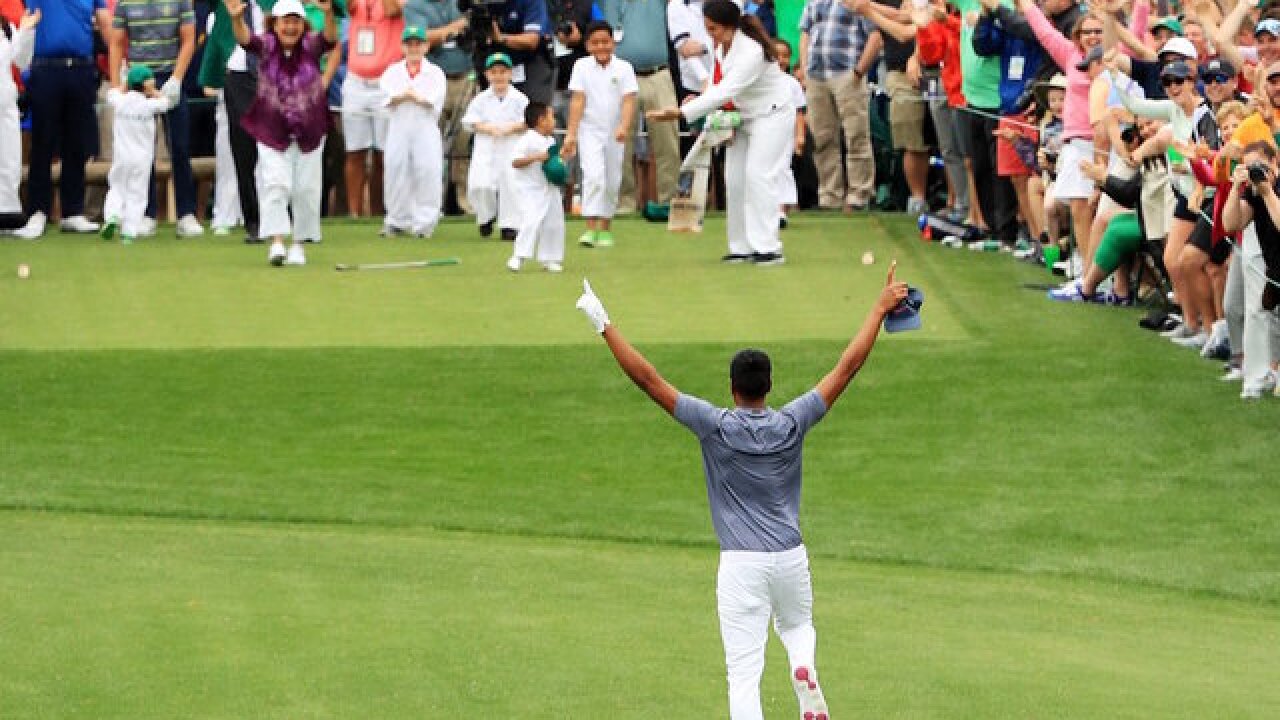 Holes-in-one are breaking news, but Tony Finau nearly took that literally when he dislocated his ankle celebrating an ace before popping it back in again during the Masters par-three tournament.

Finau's ankle-rolling moment was in sharp contrast to the jump for joy of Jack Nicklaus' 15-year-old grandson, who also scored a hole-in-one in the traditional Masters curtain raiser.

America's Finau danced backwards down the fairway after holing out from the seventh tee with his wife and four children watching, but turned his left ankle and collapsed to the floor.

Finau reached down and repositioned the joint and continued playing in the family friendly event, in which family and friends act as caddies and often hit shots and take putts on Augusta's picturesque short course Wednesday.

The 28-year-old was later taken for X-rays, which revealed there was no break.

"Crazy day," Finau later tweeted. "Thanks for thoughts of concern, messages and prayers from all. I'm optimistic."

After an MRI scan Thursday morning, he was cleared to make his Masters debut.

Last year favorite and world No.1 Dustin Johnson injured his back falling down stairs on the eve of the Masters and had to pull out.

Chip off the old block

The Nicklaus golfing gene continues to thrive at Augusta as Gary Nicklaus Jr. -- known as G.T. -- aced the final hole while acting as caddie for his illustrious grandfather.

Nicklaus Sr. later tweeted: "With all due respect to the Masters, allow me to put my six green jackets in the closet for a moment and say that I don't know if I have had a more special day on a golf course.

"To have your grandson make his first hole in one on this stage ... WOW! #Family #Memoryofalifetime."

The famous curse of the par-three event -- that no winner has ever gone on to triumph in the Masters the same year -- continued as Tom Watson ended up the victor.

The 68-year-old, a winner of two green jackets, no longer plays in the Masters.