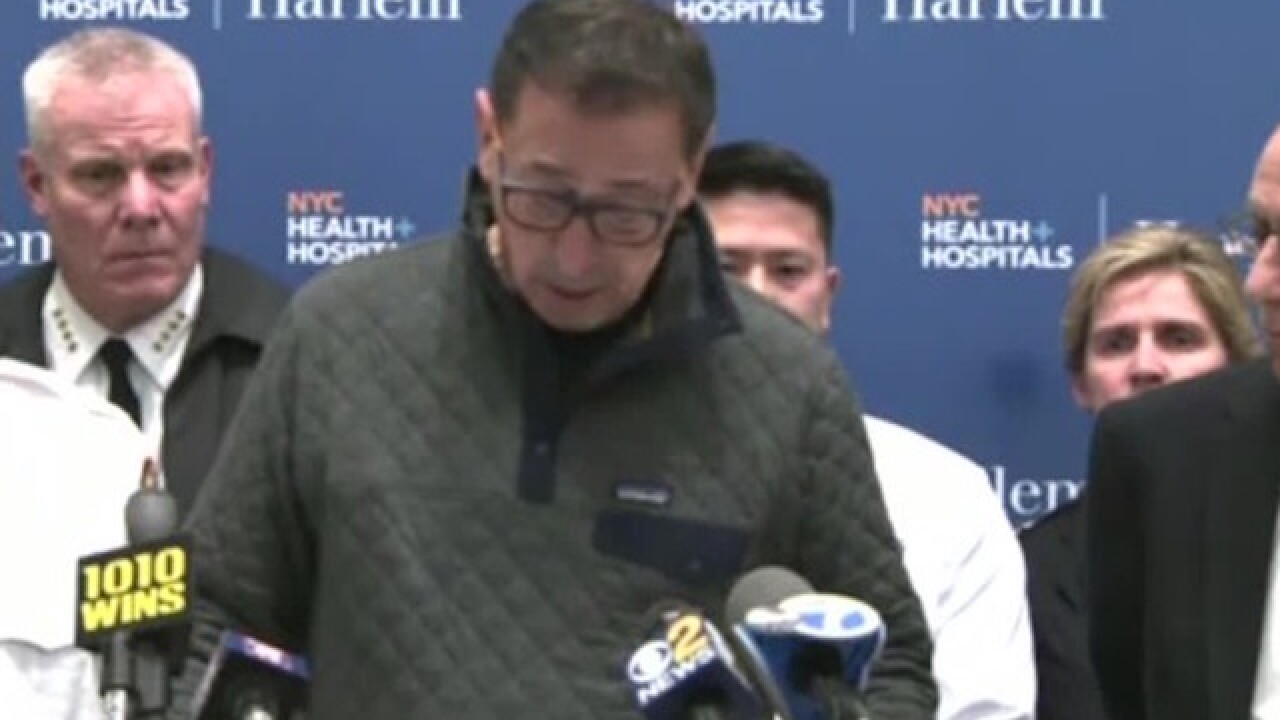 Three firefighters died Thursday while battling two separates blazes, one in Pennsylvania and the other in New York.

On Thursday night, a New York City firefighter died during a five-alarm fire in Harlem on the set of the film "Motherless Brooklyn."

Michael Davidson, 37, died of injuries in the blaze that broke out in the cellar of an unoccupied building, Fire Commissioner Daniel Nigro said in a press conference.

"To our great sorrow, we now know that a NYC firefighter lost his life battling the blaze that grew, and our hearts ache in solidarity with his family," producers of the film said in a statement.

Edward Norton is the film's director, and Bruce Willis and Alec Baldwin are among the cast, according to Internet Movie Database.

The fire broke out as the film crew wrapped up shooting for the day, according to the producers' statement. "We watched firsthand with astonishment as (firefighters) charged into the smoke to make sure all were safely out and then fought to contain the blaze and prevent it from spreading, putting their lives on the line as they do every day," it said.

The fire spread rapidly, forcing firefighters to back out of the building. During that time, Davidson became separated from the rest of the unit, Nigro said.

Davidson was found unconscious after a desperate search. He was transported to Harlem Hospital, where he later died.

Davidson had been with the New York City Fire Department for 15 years and was cited for bravery four times, according to the fire agency's Facebook post. He is survived by his wife, Eileen, and four children. Davidson's father is a retired firefighter and had also worked in the same firehouse, Nigro said.

Two other firefighters were seriously injured with burns and taken to Weill Cornell Burn Center; others had less serious injuries, Nigro said.

In York, Pennsylvania, two firefighters were killed Thursday when a building partially collapsed while they were inside, the city's mayor, Michael Helfrich, said during a news conference.

Around 4 p.m., Ivan Flanscha and Zach Anthony and two other firefighters were working to address hot spots around the Weaver Organ and Piano Co. Building, which had caught fire a day earlier, when it partially collapsed and trapped them inside.

Flanscha and Anthony were transported to York Hospital, where they were pronounced dead. The two other firefighters are in stable condition with injuries not considered life-threatening, Helfrich said.

Before Thursday, the US Fire Administration had reported 13 on-duty firefighter deaths nationwide this year.