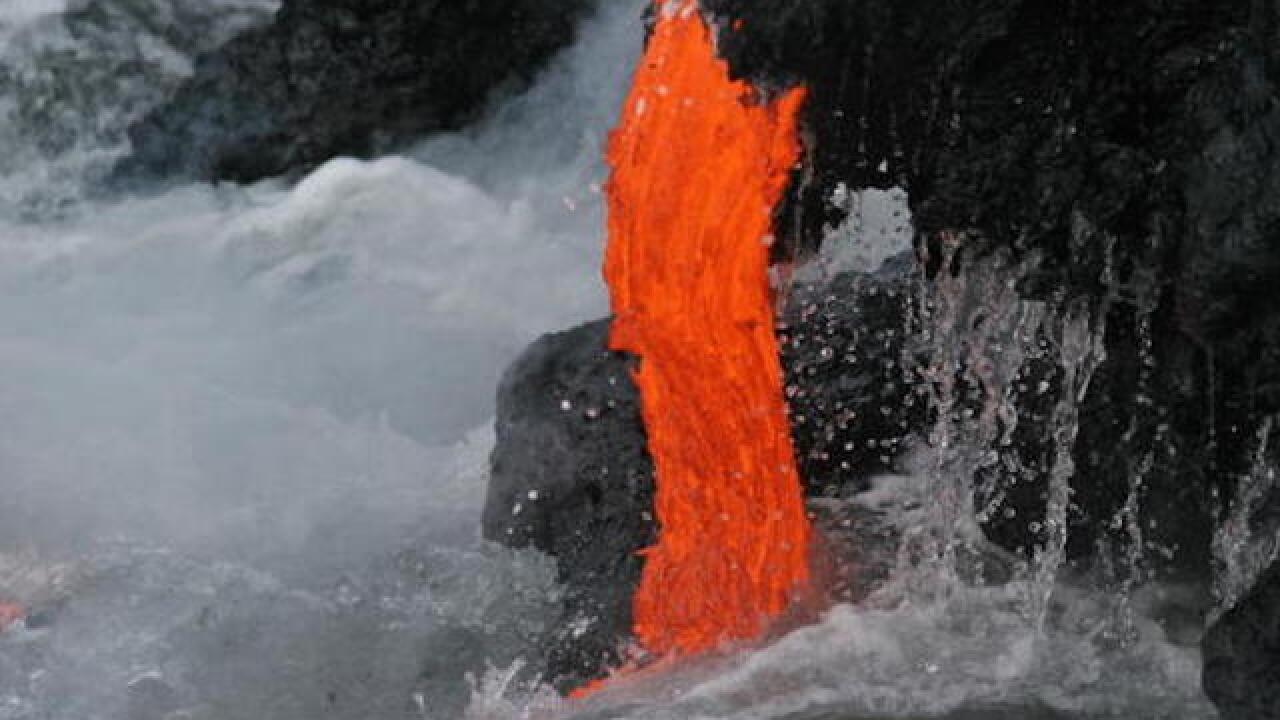 Copyright Getty Images
Barcroft Media
<p>BIG ISLAND, HAWAII - APRIL 6. EXCLUSIVE: Pahoehoe lava is entering the sea during the day from Kilauea volcano on April, 6, 2005 in Hawaii. German electrical engineer Martin Rietze specialises in astronomical and meteorological equipment, his work takes him to strange environments such as the Arctic and volcanos around the world. </p>

HILO, Hawaii (AP) — The lava flow from Hawaii's Kilauea Volcano vent has attracted thousands of visitors since it began oozing down in May and finally reached the ocean this week.

Keaka Hunter, a security guard patrolling the area, said about 2,000 people came to see the flow Monday night, hours before the lava entered the ocean for the first time in nearly three years. Previous days drew an average of about 1,000 people.

The U.S. Geological Survey is cautioning visitors about safety risks, which include flying debris and acidic plume containing fine volcanic particles that can irritate the eyes, skin and lungs. The new land may also be unstable because it's built on unconsolidated lava fragments and sand, which can easily be eroded by surf.

Visitors hoping to catch the picturesque views have hiked the more than 4-mile route along a gravel road to get a closer look. Signs posted at the Kalapana entrance warn visitors to bring plenty of water and "be ready a long hard hike."

Derek Scott, a 16-year-old visitor from Canada, was one of those who made the journey through the county viewing area and Hawaii Volcanoes National Park to catch a glimpse of the lava flow from Kilauea's Puu Oo vent.

"It was nice with the wind, but it was still really hot, so it was a long walk for us," Scott told the Hawaii Tribune-Herald. "But it was really cool seeing the lava flow. I've never actually seen it that close by. The heat that radiates off the body when you're that close to it is amazing."