Thieves at large, with 20,000 pounds of cheese, in Wisconsin 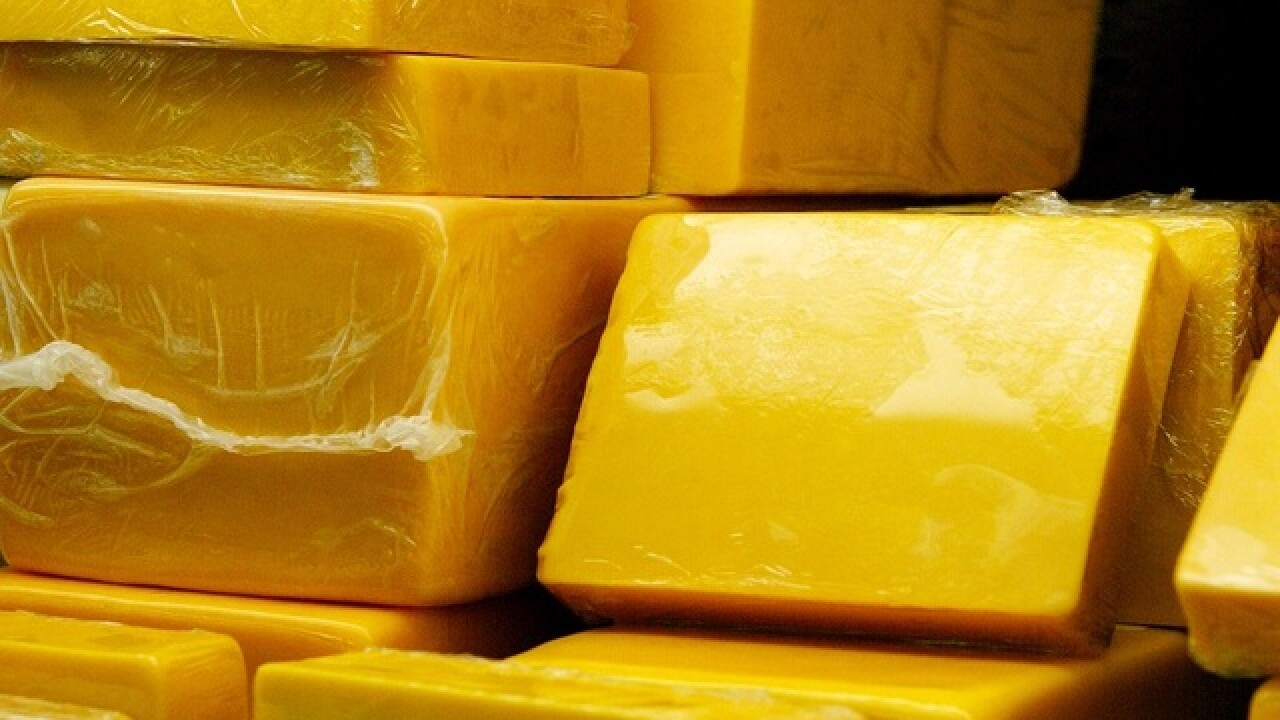 OAK CREEK, Wis. (AP) — It's a caper of grand proportion in a state that loves its cheddar.
Police in southeastern Wisconsin say 20,000 pounds of cheese has vanished. The cheese, produced by U.S. Foods, was in a semitrailer parked at a business in the Milwaukee suburb of Oak Creek when it went missing Thursday.
Police say the semi driver was transporting the load from Green Bay to the New York City area and unhitched the trailer to run an errand. When he returned, the trailer and $46,000 worth of cheese was gone.
It's not the first such heist of the legacy commodity in a state where sports fans like to wear foam wedges on their heads. A semitrailer carrying $70,000 worth of cheese was stolen from Germantown, another Milwaukee suburb, in January.
Copyright 2016 The Associated Press. All rights reserved. This material may not be published, broadcast, rewritten or redistributed.