Escaped psychiatric patient had fascination with ISIS, wanted to blow up building

Anthony Garver was recaptured in April 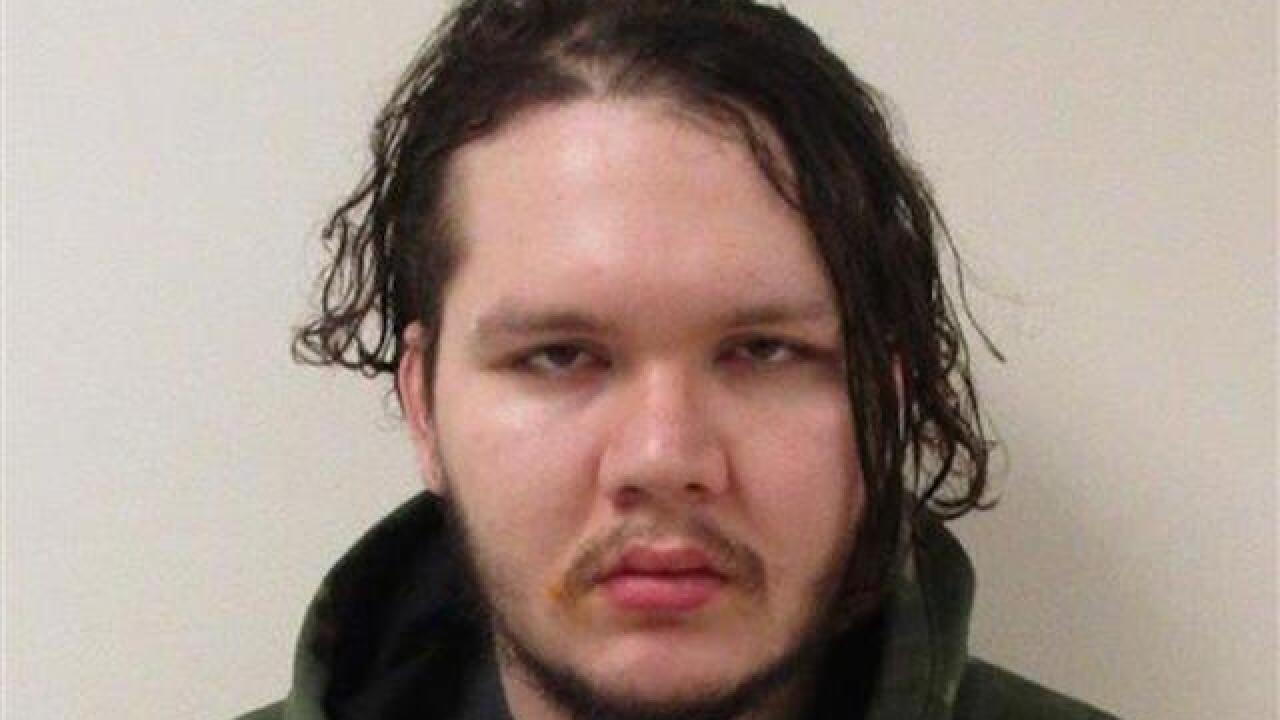 <div id="prtlt"> <p>FILE - This undated file photo provided by the Lakewood Police Department shows Anthony Garver. Garver escaped from a Washington state psychiatric hospital on April 6, 2016, where he was held after being found too mentally ill to face charges that he tortured a woman to death. Newly released police reports reveal Garver had threatened to kill a federal judge and prosecutor. Detectives also learned he had a fascination with the Islamic State terrorist group. (Lakewood Police Department via AP, File)</p></div> <p> </p>

SEATTLE (AP) — A patient accused of torturing a woman to death before escaping from a troubled Washington state psychiatric hospital earlier this year also had a fascination with the Islamic State group and planned to blow up a state building, newly released documents revealed.

Detectives who investigated Anthony Garver's escape from Western State Hospital south of Seattle also found that he had threatened to kill a federal judge and previously was caught with bomb-making materials.

Despite an extensive criminal history and a pattern of evading authorities, Garver lived in a ground-floor room, where he spent five months loosening his window frame before escaping through it April 6 with another violent patient.

It took almost two hours for hospital officials to report the escape to Lakewood police — a delay that concerned officers and detectives working the case, according to police reports acquired by The Associated Press.

Garver's head-start allowed him to hop a bus across the state to Spokane, where he used self-described survivalist skills to hide from authorities for two days. He was finally caught hiding in the woods near his mother's home — the same area where he was found with dozens of rounds of assault-rifle ammunition in 2006.

The other patient was found in a nearby city the next day.

The high-profile escape of two dangerous patients came at a time when the 800-bed hospital already faced federal scrutiny over safety violations and struggled with high rates of patient assaults. The agency that oversees the state's mental health system also has been the target of lawsuits over failing to provide timely competency services for mentally ill people charged with crimes.

The state has accrued about $1.5 million in fines by state judges, who held the agency in contempt of court for failing to conduct mental health evaluations in a hospital or treatment that could allow a defendant to stand trial. A federal judge followed suit last week and ordered additional fines of $500 to $1,000 per day for each patient who is forced to wait more than a week for services.

The Department of Social and Health Services didn't immediately respond to requests for comment on the way the hospital handled the escapes. The head of the agency released a statement Monday saying it was disappointed with the recent contempt order and believes it has made significant improvements.

Garver, 28, was released last week from a federal detention center, where he was undergoing a mental competency evaluation, the Bureau of Prisons website said. It was not clear where he was now, but a federal hearing on his evaluation is set for Aug. 11 in Spokane.

After his escape, police discovered that Garver was a serious public safety threat.

"Garver was reported to be 'very smart,' and had tried to learn Arabic in the past, as he had a fascination with ISIS," Officer Ken Devaney wrote in a report. "He had disclosed wanting to live in the woods, and having a 'survivalist' nature."

The federal government had a warrant for Garver "because of a charge for threatening to blow up a state building and threatening to kill a federal judge and prosecutor," Devaney said. And during a previous arrest, Garver "had bomb making materials in his possession."

The documents don't reveal his targets but give more details about the escape. Garver's psychologist, Dr. Mallory McBride, said Garver's roommate knew about the plan.

"Dr. McBride thinks that over the past five months, Garver slowly worked the window open until he could jump out," Devaney said. "This theory was confirmed when that same patient said he felt a draft in the room and the draft got stronger in the past few weeks."

Devaney asked the doctor how the staff failed to realize the window was loose.

"Dr. McBride said you wouldn't be able to tell unless you physically check the window, which staff doesn't," Devaney wrote.

In 2006, he was charged with possessing 100 rounds of ammunition, which was illegal because he had been in a psychiatric institution. Spokane County officials found the rounds after responding to a call by Garver's mother, who said her son threatened to kill their family and a neighbor.

His cellmate reported Garver said he planned to kill the judge handling his case, the prosecutor and others.

Garver got out in 2009 but violated the terms of his supervised release by stealing a vehicle and hiding in the woods. He was found after a manhunt and jailed again. When freed in 2010, he drove to Montana and led police on a high-speed chase.

He was sentenced to a year in prison in 2011. Two years later, he befriended Phillipa Evans-Lopez.

Garver tied her hands and feet "to the four corners of her bed, gagged her with a bail of cloth, covered her face with additional cloth, stabbed her 24 times in the chest and slashed her throat," according to a probable cause affidavit.

When he failed a competency evaluation, he was sent to Western State Hospital to receive treatment. When that didn't work, the state dropped a murder charge and ordered him held as a threat to himself or others.