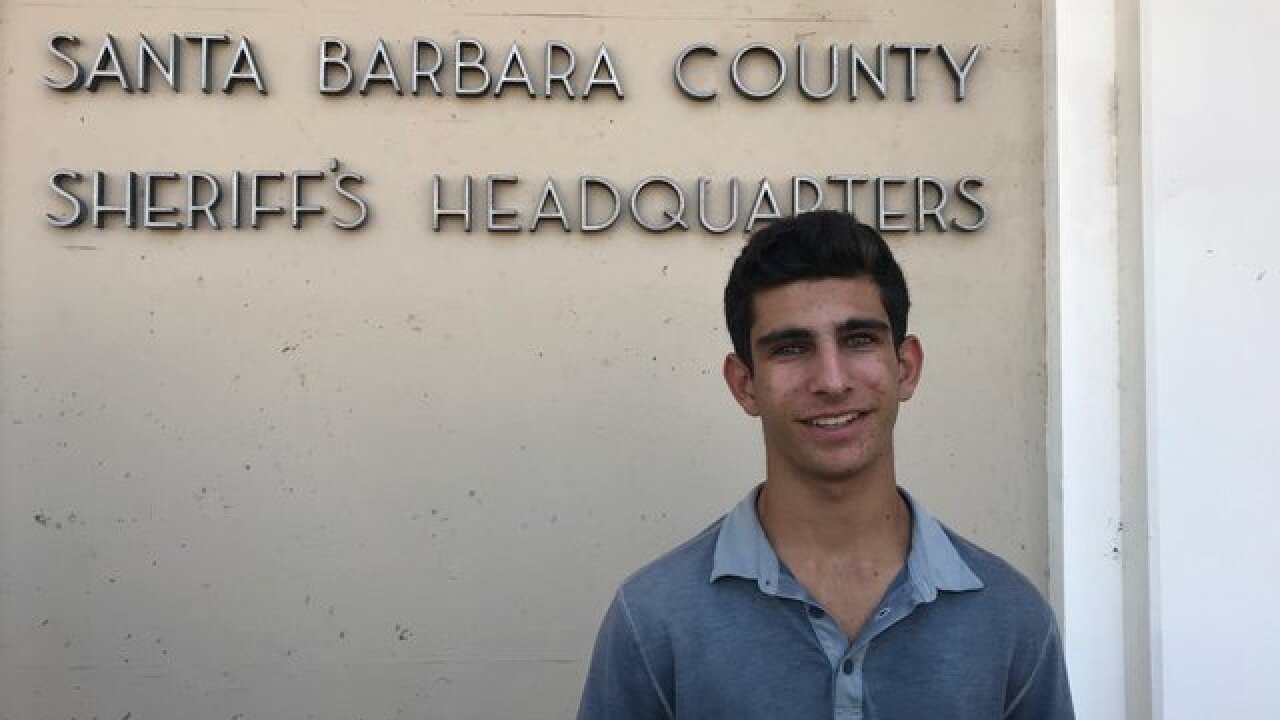 Rhami Zeini was driving home from school when he spotted a black purse in the middle of the road.

The 16-year-old Santa Barbara, California, high school junior opened it -- and discovered more money that he'd ever seen in his life: $10,000.

Unable to find the owner's phone number, Rhami told his parents. They drove him to the Santa Barbara County Sheriff's Office.

There, a watch officer was able to locate the owner and return the money.

"To me, I figured this is the right thing to do," Zeini told CNN affiliate KCOY. "If the roles were reversed and I had lost something with a significant sum of money inside, I know I would want it back for sure."

The purse's owner was so grateful that she gave Rhami $100. She believes she left the purse on the roof of her car when she drove away.