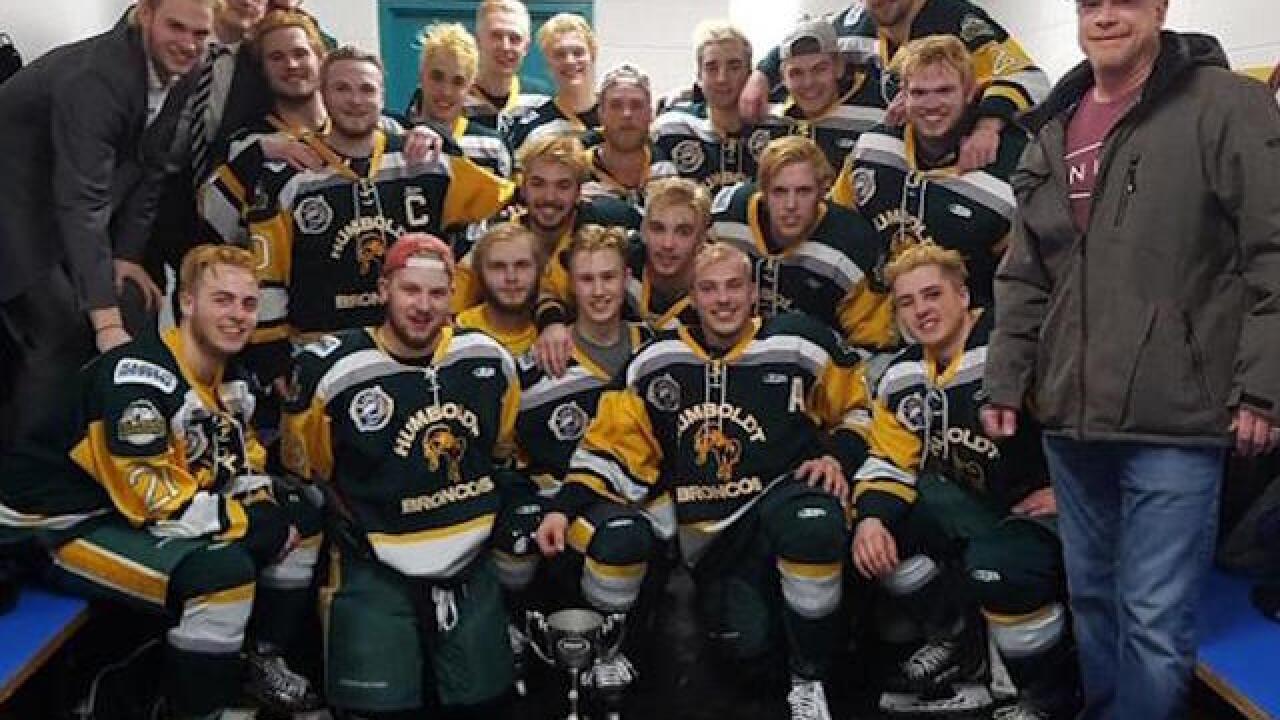 Five days after the tragic bus crash in Saskatchewan, Canada involving a junior hockey team's bus, the team's trainer, Dayna Brons, died on Wednesday as result of her injuries.

"Dayna will be forever remembered for her joyful smile, and her passion and love of sport," her family said in a statement.

The team was traveling from Humboldt to its playoff game in Nipawin, Saskatchewan when a semi-trailer plowed into the bus, which carried 29 people. TSN reported that as of Wednesday, 10 people remain hospitalized from last week's crash.

The Broncos play in the Saskatchewan Junior Hockey League, which is made up of players aged 16 to 21, who compete at junior hockey's second-highest level.

Also on Wednesday, the league opted to continue with its playoffs. Nipawin, which held a 3-1 series lead over Humboldt, will advance to the league finals to take on Estevan. The plan to move forward with the playoffs was approved by representatives from the league's 12 teams, including Humboldt.