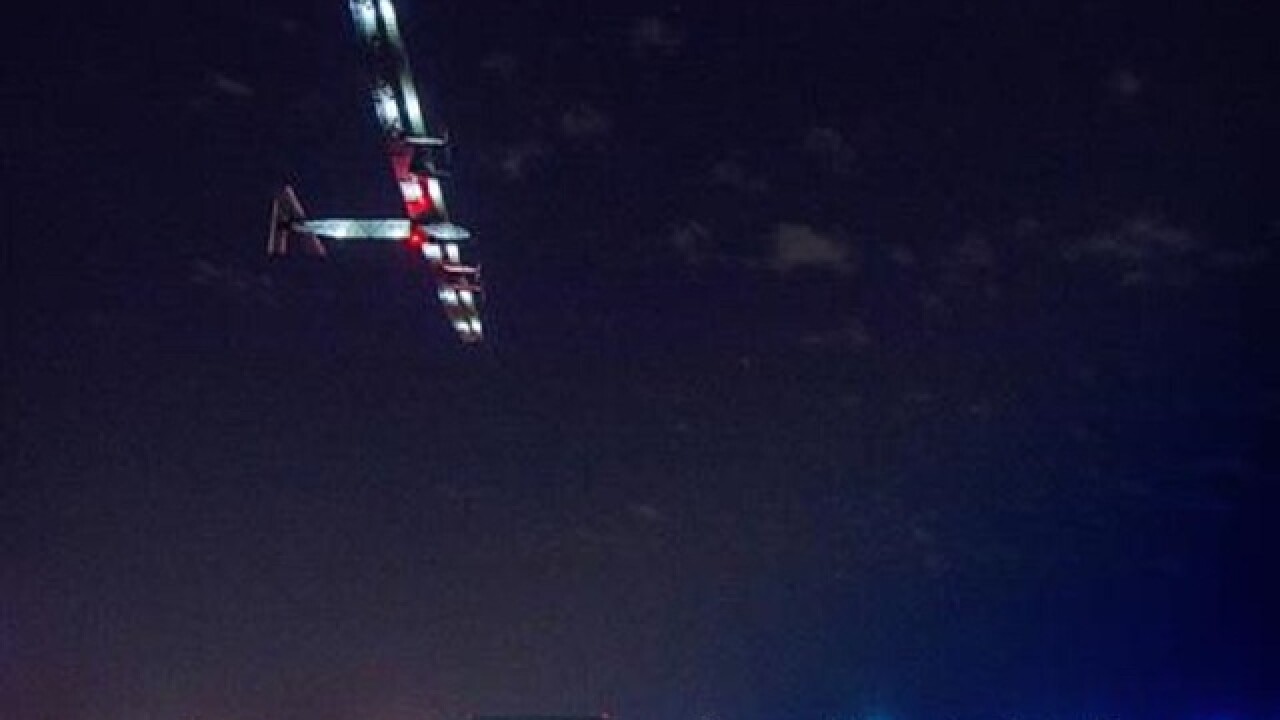 By: Associated Press
Posted at 1:57 AM, Jun 23, 2016
LONDON (AP) — Swiss officials say an experimental solar-powered airplane has completed a three-day flight across the Atlantic in the latest leg of its globe-circling voyage.
The Aero-Club of Switzerland said the Solar Impulse 2 landed in Seville in southern Spain at 0540 GMT on Thursday, ending a 70-hour flight which began from New York City on Monday.
It was the 15th leg of a planned around-the-world flight which began in March 2015 from Abu Dhabi in the United Arab Emirates.
The Solar Impulse 2's wings, which stretch wider than those of a Boeing 747, are equipped with 17,000 solar cells that power propellers and charge batteries. The plane runs on stored energy at night.
The Aero-Club of Switzerland is responsible for validating records of the flight.
Copyright 2016 The Associated Press. All rights reserved. This material may not be published, broadcast, rewritten or redistributed.