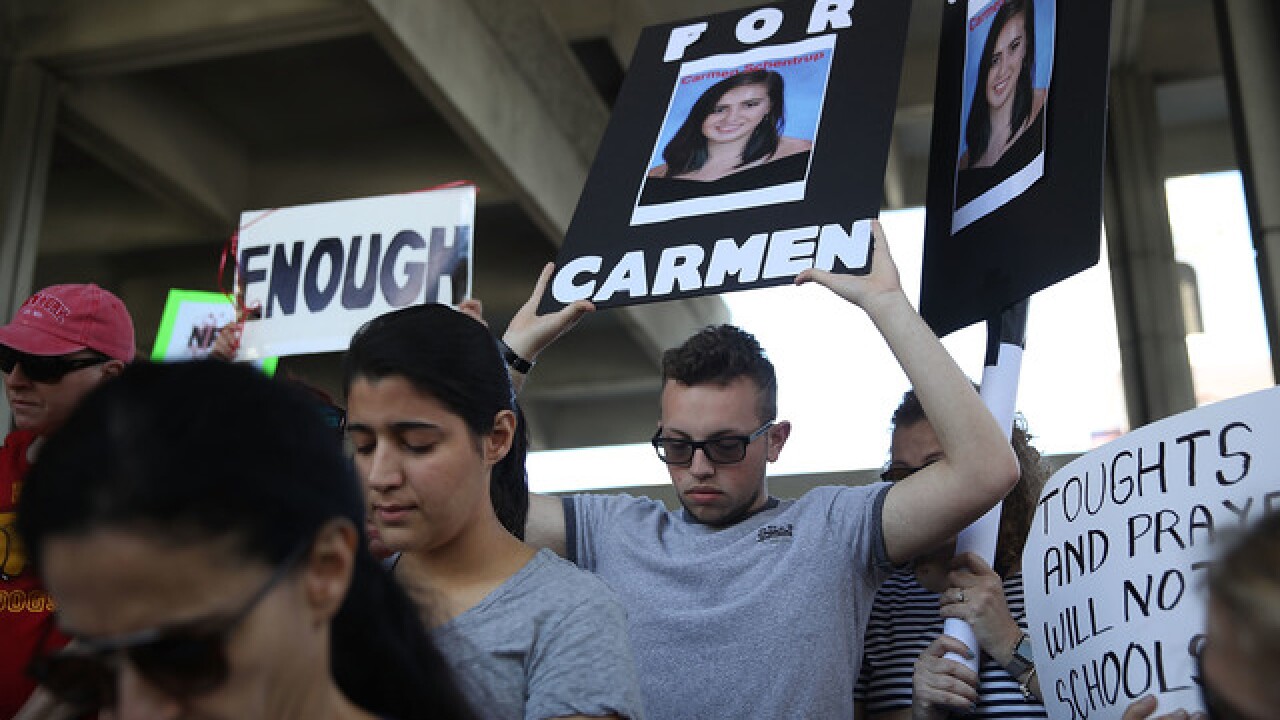 The group is calling for students, teachers and parents to take part in walking out of school for 17 minutes - a nod to the 17 lives lost in the Feb. 14 shooting - to "protest Congress' inaction to do more than tweet thoughts and prayers in response to gun violence."

"Enough: National School Walkout" is being scheduled for 10 a.m. local time across the U.S. on March 14.

Organizers posted the event to Facebook with a message, reading in part:

"We need action. Students and allies are organizing the national school walkout to demand Congress pass legislation to keep us safe from gun violence at our schools, on our streets and in our homes and places of worship."

Two other nationwide protests are also scheduled in response to the school shooting.

A group called Student Walkout Against Gun Violence is calling for school walkouts next week. The group wrote on Twitter more details would be released Monday.

CALLING ALL STUDENTS🗣
In response to the Florida shooting, there will be a nation-wide walkout held next week.

Walkout time/date to be released by Monday the 19th.

Another group called National School Walkout is planning a walkout for April 20, the anniversary of the Columbine High School shooting in 1999.

On Friday, April 20th we want students to attend school and then promptly WALK-OUT at 10:00 am. Sit outside your schools and peacefully protest. Make some noise. Voice your thoughts. "We are students, we are victims, we are change."

The protests are some of many organized to call for stronger firearm laws since the shooting at Marjory Stoneman Douglas High School in Parkland, Fla.