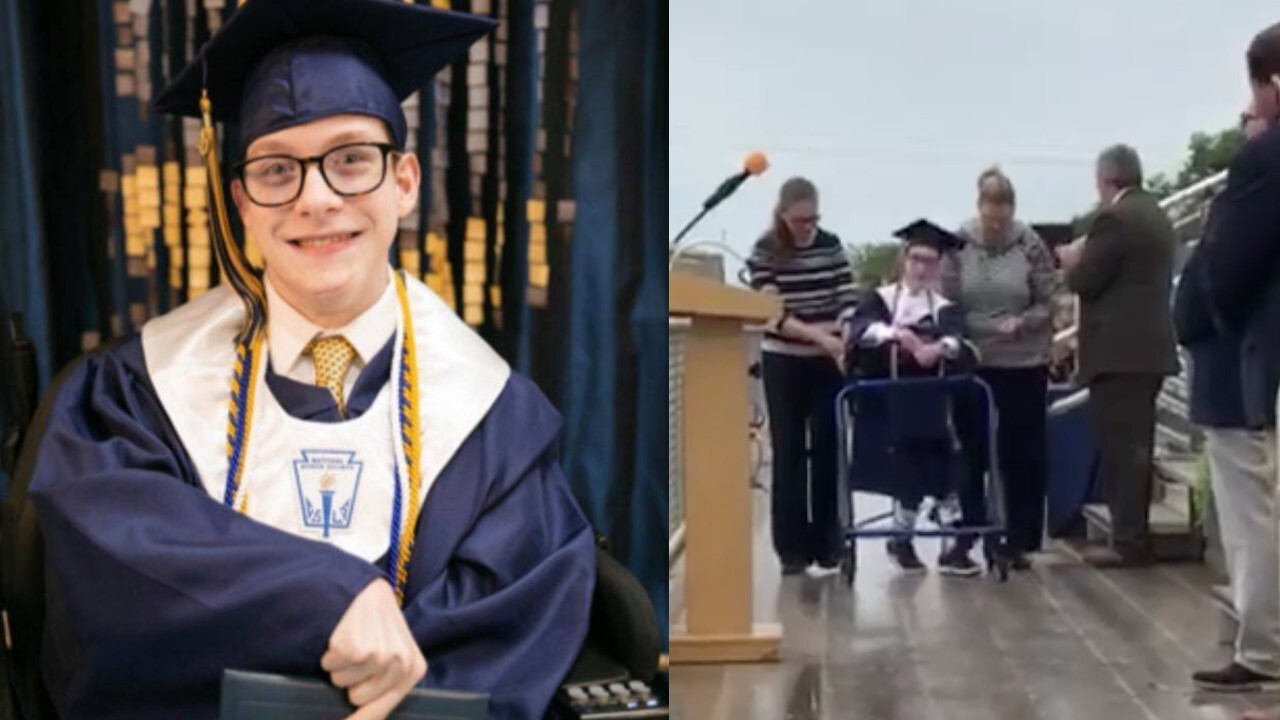 KINGFISHER, Okla. – An Oklahoma high school student with cerebral palsy surprised his classmates when he walked across the stage at his graduation.

Diagnosed with the condition shortly after birth, Hunter Wittrock has been confined to a wheelchair his entire life, but he wanted to push himself and make the most out of his moment in front of the crowd at Kingfisher High School.

Wittrock’s father, Jeff, told ABC News that his son started extensive physical therapy last year to build up enough muscle in his legs. It was a long and hard process, but by early March the 19-year-old was ready to complete the 150-foot walk at the commencement ceremony.

Wittrock didn’t tell anyone outside his family that he was training to make the triumphant walk across the stage, because he wanted the crowd to be surprised.

The teen’s surprise was almost ruined though. Thanks to the coronavirus pandemic, it looked like the in-person ceremony wouldn’t be held. Luckily, the governor relaxed restrictions just in time and the graduation was on.

After 10 months of training, Wittrock took the stage and his dad says the crowd went crazy before going silent to wipe away tears.

As for the future, Wittrock plans to continue his education in the fall.