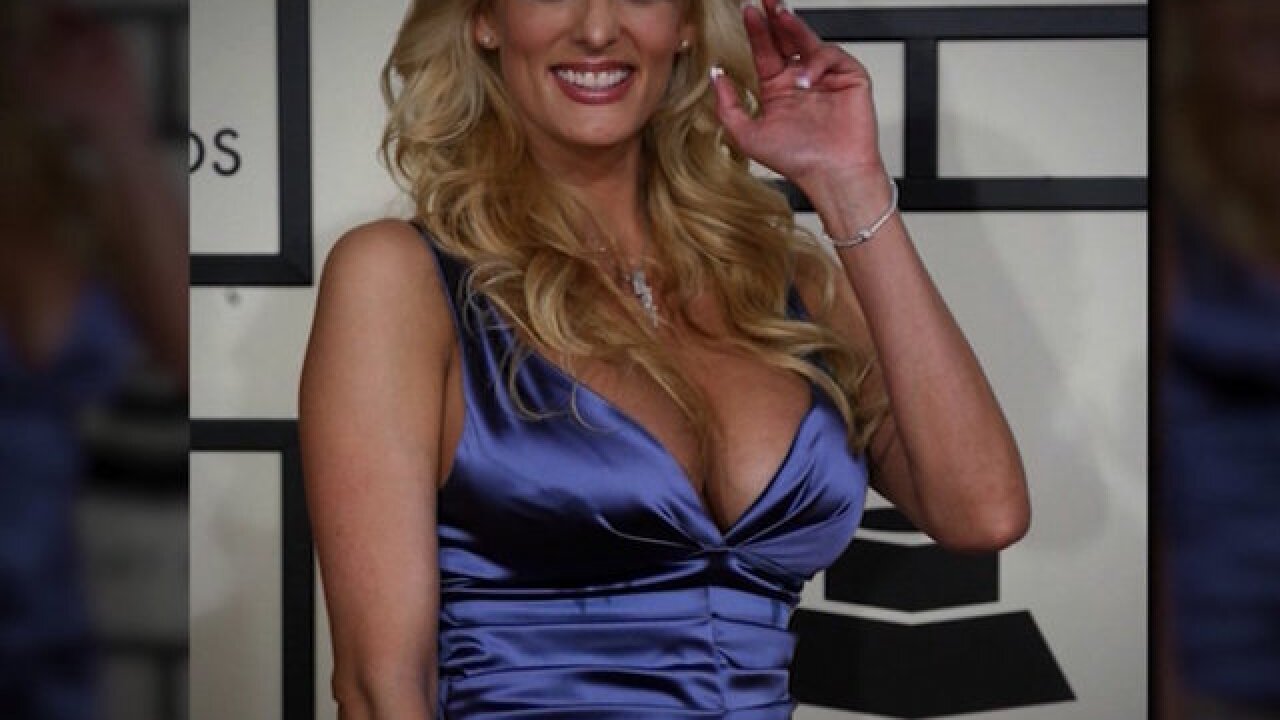 © 2018 Cable News Network, Inc.
Getty Images
<p>Stormy Daniels wants readers to know her life is "a lot more interesting than an encounter with Donald Trump," but her new tell-all book reveals graphic details about the President's anatomy, in addition to narratives about her childhood and life.</p>

Stormy Daniels wants readers to know her life is "a lot more interesting than an encounter with Donald Trump," but her new tell-all book reveals graphic details about the President's anatomy, in addition to narratives about her childhood and life.

The new details of her alleged meeting with Trump at Lake Tahoe in 2006, revealed for the first time in Daniels' book, "Full Disclosure," include a salacious description of his genitalia.

"His penis is distinctive in a certain way, and I sometimes think that's one of the reasons he initially didn't tweet at me like he does so many women," Daniels wrote. "He knew I could pick his d*** out of a lineup. He knows he has an unusual penis. It has a huge mushroom head. Like a toadstool."

Daniels' attorney Michael Avenatti says the details she provides in the book prove her story about having sex with Trump is true.

"Stormy went into such graphic detail because she remains frustrated as to those who still question whether she is telling the truth," Avenatti told CNN. "She is tired of Trump, (lawyer Rudy) Giuliani and others lying about what happened."

Trump has never admitted there was a sexual encounter, but his attorneys did admit to approving a $130,000 payment to Daniels to ensure her silence.

Daniels, whose real name is Stephanie Clifford, says she wrote the book because an earlier "60 Minutes" interview with Anderson Cooper "didn't cover the 'why' of my decisions and the real, personal costs to me ... for all I've lost, I deserve the chance to defend myself and state all the facts."

The White House has not responded to a request for comment.

CNN obtained a copy of Daniels' book. In it, she describes a tumultuous childhood with a family who moved around a lot, and a mother who fell apart after Daniels' father left her, their home plagued by insects and rats. "When I was about eight, my mom started disappearing for days at a time, probably with one of the guys she was dating. There would be no food."

Daniels says that at age 9 she was repeatedly raped by a man who lived next door to a friend.

"I was nine. I was a child, and then I wasn't," she writes. "He was raping Vanessa, so I put myself between them, continually offering myself up so he would leave her alone." A guidance counselor called Daniels a liar when she revealed she had been raped. "What was ingrained into me was the expectation that I would not be believed if I ever asked for help."

"Okay, so did you just skip to this chapter?" she writes at the beginning of the section on Trump.

The night in Lake Tahoe

Daniels describes meeting Trump at the celebrity golf tournament in Lake Tahoe. She writes she thought Trump was going to take her to dinner but then his bodyguard Keith Schiller invited her up to Trump's hotel suite.

"Trump came swooping in, wearing black silk pajamas and slippers," she wrote. " 'What are you doing?' " I yelled. "Go put some f****g clothes on."

She says she and Trump talked about family. He even showed her a picture of his wife, Melania, and their newborn baby, Barron, who was only 4 months old at the time.

"I could tell it made him genuinely proud," Daniels writes.

She joked about Trump's hair, "'I know," he said with a smile. "It's ridiculous...'" adding that many stylists had offered to give him a makeover.

Eventually, Daniels says, she went to use the bathroom. When she came out, Trump, she writes, had changed into his underwear and undershirt. Daniels then adds more explicit detail. "I lay there, annoyed that I was getting f****** by a guy with Yeti pubes and a d*** like the mushroom character in Mario Kart."

In a previous interview, Daniels had said Trump was the best in bed of the three celebrities she had slept with.

In a detail that has not been previously reported, Daniels reveals that Hillary Clinton called Trump while she was with him at their second meeting. Daniels and Trump were at the Beverly Hills Hotel watching television and discussing how to get Daniels on "The Apprentice."

"When he hung up, he was effusive about Hillary. 'I love her,' he said. 'She is so smart,' " Daniels writes, adding that she had heard Trump talking to Clinton about going on a family trip together.

This would be the fourth time he had donated money to her political career, she wrote.

In her book, Daniels says Trump offered to rig an appearance on "The Apprentice" for her so she could stay on the show longer, saying he would try to get the show's challenges to her ahead of time.

She says Trump's continuing promise to get her a spot on that reality show is why she kept taking his calls. When he finally admitted he couldn't get her on the show, she stopped taking his calls.

Daniels says she saw Trump the next day after they had sex when he invited her to a club in the VIP section of a golf course (it was in a club at her hotel). That is where she met Pittsburgh Steelers quarterback Ben Roethlisberger, she says. He was chatting with Trump, and at the end of the night Trump asked Roethlisberger to walk her up to her hotel room. She says he asked her for a "good night kiss." She refused. She says he pushed lightly on her door as they stood outside her hotel room.

"I was terrified. I am rarely terrified," Daniels wrote, saying Roethlisberger responded, saying, "'Come on.'"

She closed the door and writes that Roethlisberger "stood outside, not leaving" while knocking at her door for several minutes but eventually left.

CNN has reached out to Roethlisberger's representative for comment and had not heard back by the time of publication.

Daniels previously discussed the fact that Roethlisberger had walked her to her room in an interview with InTouch Magazine in 2011, but this is the first time she described being afraid or claimed he tried to kiss her. Roethlisberger declined to comment previously.