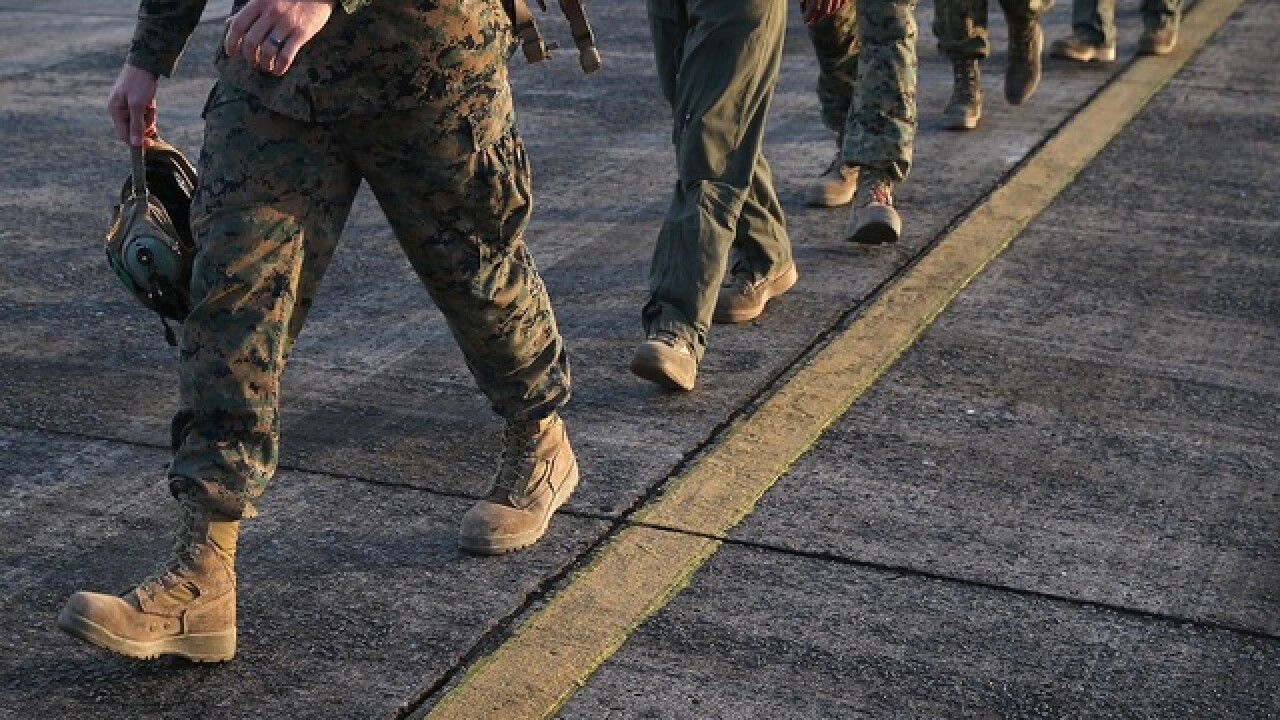 After failing to complete two conditioning hikes last month, the only female officer enrolled in the Marine Corps' Infantry Officer's Course has reportedly dropped out.
Marine spokesman Capt. Joshua Pena told CNN that 33 additional officers have been dropped from the course, which comprised 97 officers at the start.
“At this time, there are no female officers enrolled or slated to attend (the Infantry Officer's Course)," Pena reportedly said.
The course, which started on July 6, is scheduled to finish on September 20.
After what was her second attempt at passing the course, the female officer will now be given another specialization for her career in the Marines.
Her attempts come after Secretary of Defense Ash Carter announced the opening of all combat roles to women back in December.
No female Marine has yet passed the Infantry Officer's Course.
Copyright 2016 Scripps Media, Inc. All rights reserved. This material may not be published, broadcast, rewritten, or redistributed.