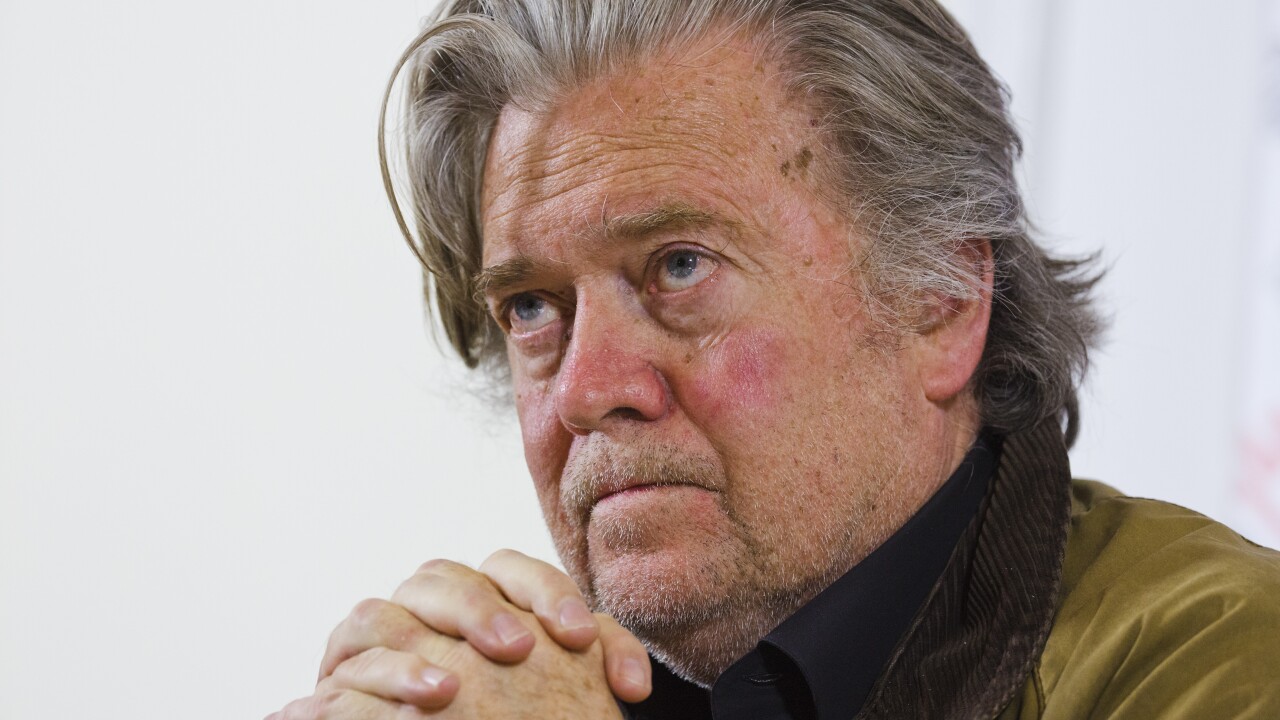 NEW YORK, N.Y. — President Donald Trump's former political adviser Steve Bannon was arrested Thursday morning on charges that he and three others scammed many people who donated an online fundraising scheme called “We Build The Wall.”

The charges were outlined in an indictment unsealed in Manhattan federal court.

Federal prosecutors say Bannon and three others “orchestrated a scheme to defraud hundreds of thousands of donors" in connection with an online crowdfunding campaign that raised more than $25 million to build a wall along the southern border of the U.S.

According to the indictment, the scheme started in December of 2018.

To induce donors to donate to the campaign, court documents say Kolfage repeatedly and falsely assured the public that he would “not take a penny in salary or compensation” and that “100% of the funds raised . . . will be used in the execution of our mission and purpose” because, as Bannon publicly stated, “we’re a volunteer organization.”

Those representations were reportedly false. In truth, prosecutors say Kolfage, Bannon, Badolato, and Shea received hundreds of thousands of dollars in donor funds from "We Build the Wall," which they each used in a manner inconsistent with the organization’s public representations.

In particular, Kolfage is accused of covertly taking more than $350,000 in donations for his personal use, while Bannon allegedly used a non-profit organization under his control to receive over $1 million from the campaign. Prosecutors say Bannon used at least some of that money to cover hundreds of thousands of dollars in personal expenses.

To conceal the payments to Kolfage from "We Build the Wall," the men allegedly devised a scheme to route those payments from the campaign to Kolfage indirectly through a nonprofit and a shell company under Shea’s control, among other avenues.

“They did so by using fake invoices and sham ‘vendor’ arrangements, among other ways, to ensure, as Kolfage noted in a text message to Badolato, that his pay arrangement remained ‘confidential’ and kept on a ‘need to know’ basis,” prosecutors say.

Acting U.S. Attorney Audrey Strauss said: “As alleged, the defendants defrauded hundreds of thousands of donors, capitalizing on their interest in funding a border wall to raise millions of dollars, under the false pretense that all of that money would be spent on construction. While repeatedly assuring donors that Brian Kolfage, the founder and public face of We Build the Wall, would not be paid a cent, the defendants secretly schemed to pass hundreds of thousands of dollars to Kolfage, which he used to fund his lavish lifestyle. We thank the USPIS for their partnership in investigating this case, and we remain dedicated to rooting out and prosecuting fraud wherever we find it.”