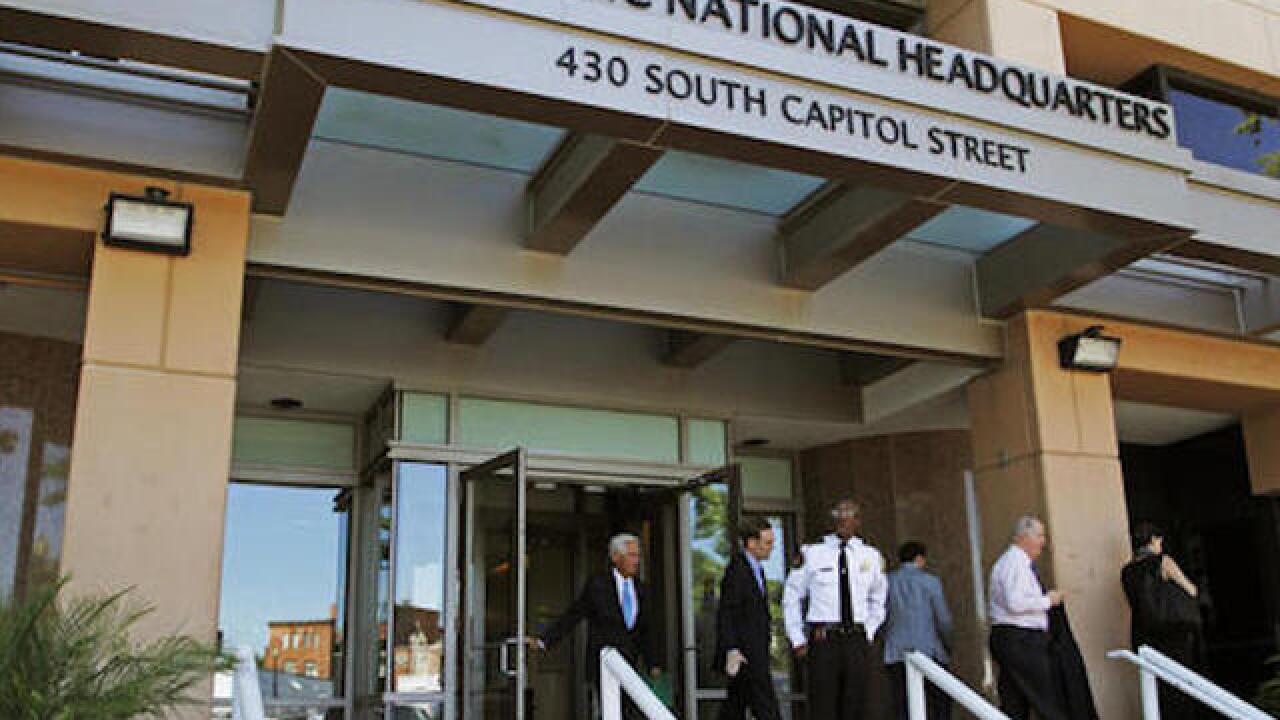 Copyright Associated Press
Paul Holston
<p>Two ‘sophisticated adversaries’ linked to the Russian government broke in to the Democratic National Committee’s computer networks and gained access to confidential emails, chats and opposition research on presumptive Republican nominee Donald Trump, Tuesday, June 14, 2016, in Washington. The DNC said financial and personal information does not appear to have been accessed by the hackers. (AP Photo/Paul Holston)</p>

WASHINGTON (AP) — The chief executive of the Democratic National Committee has resigned in the wake of an email hack that embarrassed the party on the eve of its presidential nominating convention.

That's according to three Democratic strategists familiar with Amy Dacey's decision to leave her job. The people spoke on condition of anonymity, because they were not authorized to discuss it publicly.

The Democrats say other personnel moves at the party are also expected Tuesday.

Dacey already has a new job. She has been hired by Squared Communications, a Democratic consulting firm based in Washington.

"As one of the top campaign strategists in our party, and with our experiences together on presidential, Senate and congressional campaigns, Amy will help our firm's clients navigate this and future election cycles," Michael Meehan, founder and CEO Squared Communications, said in a statement.

Before joining the DNC, Dacey was executive director of EMILY's List, which works to elect female Democrats.

Dacey's resignation is just the latest fallout from the hacked emails, which exposed an apparent lack of neutrality in the primary race between Hillary Clinton and Bernie Sanders, with party officials disparaging Sanders.

Earlier, party chairwoman Debbie Wasserman Schultz resigned her position. After being booed at a pre-convention appearance last week in Philadelphia, Wasserman Schultz chose not to speak from the convention stage. Longtime Democratic operative Donna Brazile is serving as the party's interim chair.

The cache of more than 19,000 messages was made public by the group WikiLeaks.

Democratic Party officials learned in late April that their systems had been attacked after they discovered malicious software on their computers. A cybersecurity firm they employed found traces of at least two sophisticated hacking groups on the Democrats' network — both of which have ties to the Russian government.