Some Bradley Cooper fans shocked by actor's appearance at DNC 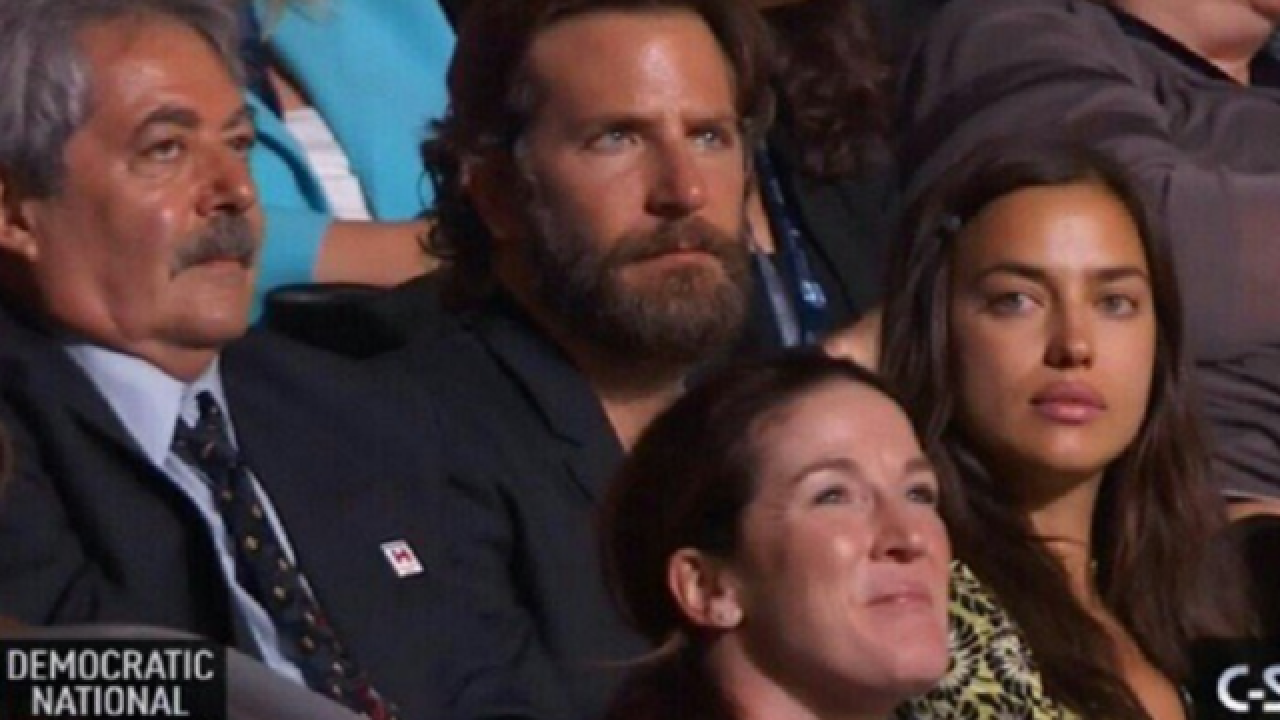 All the expected faces graced the stage and audience at the Democratic National Convention in Philadelphia this week.
But one person’s appearance caught the conservative half of the nation a bit off-guard, as evidenced by tweets that soon flooded social media.
Just two years after playing Navy SEAL shooter Chris Kyle in “American Sniper,” Bradley Cooper made an appearance at the DNC alongside his girlfriend, Russian model Irina Shayk.
The film was wildly popular and made $350.1 million, due in large part to conservative moviegoers, USA Today notes. But in reality, Cooper’s tendency to lean left has been apparent for quite some time.
The actor has reportedly supported the Brady Campaign to End Gun Violence and has supported Democratic presidential nominee Hillary Clinton specifically, making donations to her 2000 Senate campaign and her 2008 primary bid.
Those facts were apparently unbeknownst to many, and some of Cooper’s more conservative fans took to Twitter to voice their displeasure – some declaring a boycott of his films.

I have a list of celebrities that support Socialism I refuse to spend another $ on. Add this one. Boycott them all. pic.twitter.com/uOFMkxSvRY

Bradley Cooper is promoting Hillary? Too bad. He's dead to me now. pic.twitter.com/gXJ4ahO8YK

People are upset that Bradley Cooper who played Sniper Chris Kyle is a democrat ???? pic.twitter.com/brxNyaZOPP

Meanwhile, others poked fun at the explosive reactions, one user humorously writing, "Some Bradley Cooper fans shocked by actor's appearance at DNCPeople being upset Bradley cooper who played the American Sniper is not a republican is like me being upset he is not a real space raccoon."

News flash: Arnold Schwarzenegger is not a robot and Julia Roberts is not a prostitute #BradleyCooper #gop