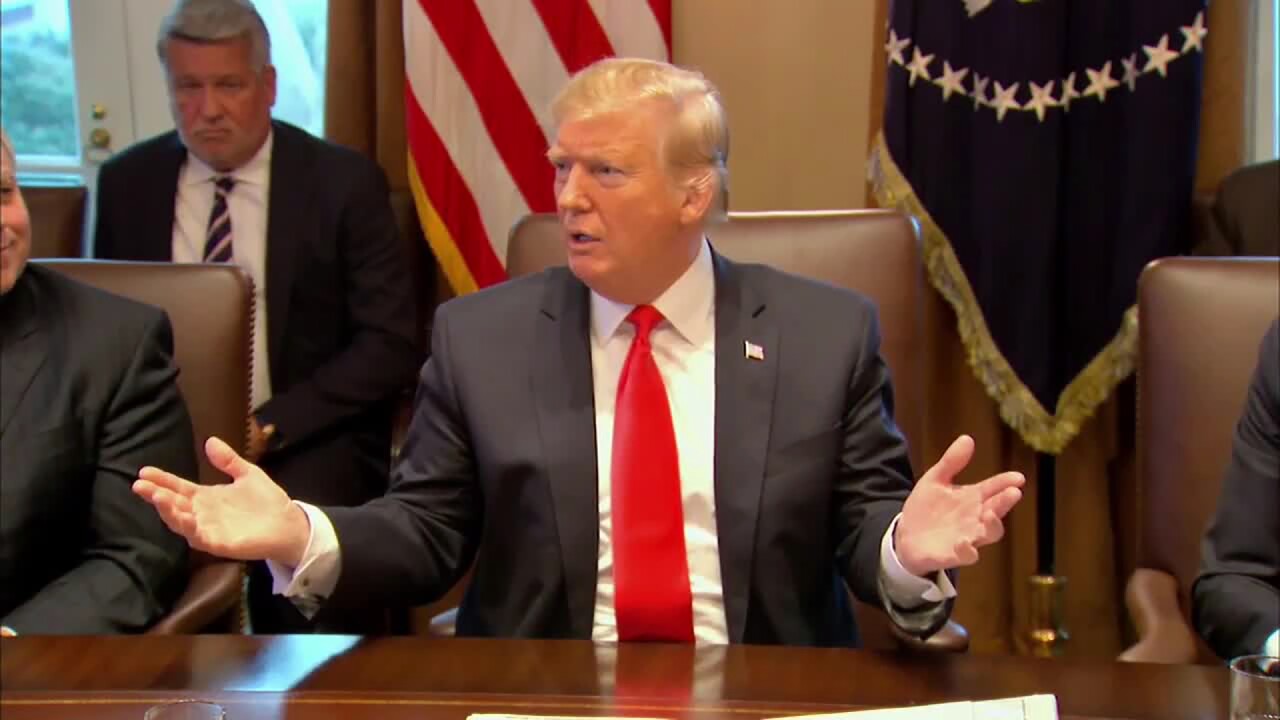 Copyright 2019 Scripps Media, Inc. All rights reserved. This material may not be published, broadcast, rewritten, or redistributed.
Lawmakers on both sides of the aisle said Wednesday there is no breakthrough on border wall funding that might reopen the government following a White House meeting with President Donald Trump.

(CNN) -- Lawmakers on both sides of the aisle said Wednesday there is no breakthrough on border wall funding that might reopen the government following a White House meeting with President Donald Trump.

Trump and Democrats are at odds over funding for a border wall. The House is expected to hold a series of votes to open the government just hours after Democrats take control on Thursday, a Democratic aide confirmed to CNN, but Trump is unlikely to sign anything they approve at this stage.

"Our question to the President and to the Republicans is, 'Why don't you accept what you have already done to open up government?' " asked California Rep. Nancy Pelosi, the presumed new House speaker, referring to a bipartisan, Senate-passed funding measure, albeit one Trump has never publicly endorsed.

Senate Minority Leader Chuck Schumer said he asked Trump why the government couldn't be reopened while the two sides work to resolve their differences.

"I asked him directly ... He could not give a good answer," Schumer said.

Top Senate Republican Mitch McConnell confirmed there was no progress made toward ending the shutdown.

"I don't think any particular progress was made today, but we talked about all aspects of it and it was a civil discussion and we are hopeful that somehow in the coming days or weeks we will be able to reach an agreement," he told reporters upon his return to Capitol Hill.

Trump invited lawmakers to return to the White House on Friday, after their leadership races, to continue discussing a path to reopening the government, according to incoming House Minority Leader Kevin McCarthy.

No solution in sight

During a midday Cabinet meeting, Trump refused to say whether he would sign a measure to open the government if he received less than his $5 billion in requested wall funding.

"Could we do it for a little bit less? It's so insignificant compared to what we're talking about. You know, I've heard numbers as high as $275 billion we lose on illegal immigration," Trump said. "The $5 billion approved by the House is such a small amount compared to the level of the problem."

The Democratic-led House plans to vote on a bipartisan package of six Senate spending bills and a stopgap measure to re-open the Department of Homeland Security at its current funding levels until February 8, the aide said. The temporary measure would maintain the current $1.3 billion in border security money, which can be used for fencing and repairs of current barriers.

Meanwhile, the effects of the partial government shutdown are becoming more apparent.

A total of 800,000 federal employees have been furloughed or working without pay since December 21, and won't receive their next paychecks until the government reopens.

Many workers may be starting to feel the pinch only now that the shutdown is stretching into a new pay period. And banks and credit unions that cater to federal workers are readying financial help for their customers as the government shutdown drags on.

On Monday, a union representing federal workers sued the government for requiring some employees deemed "essential" to work without pay.