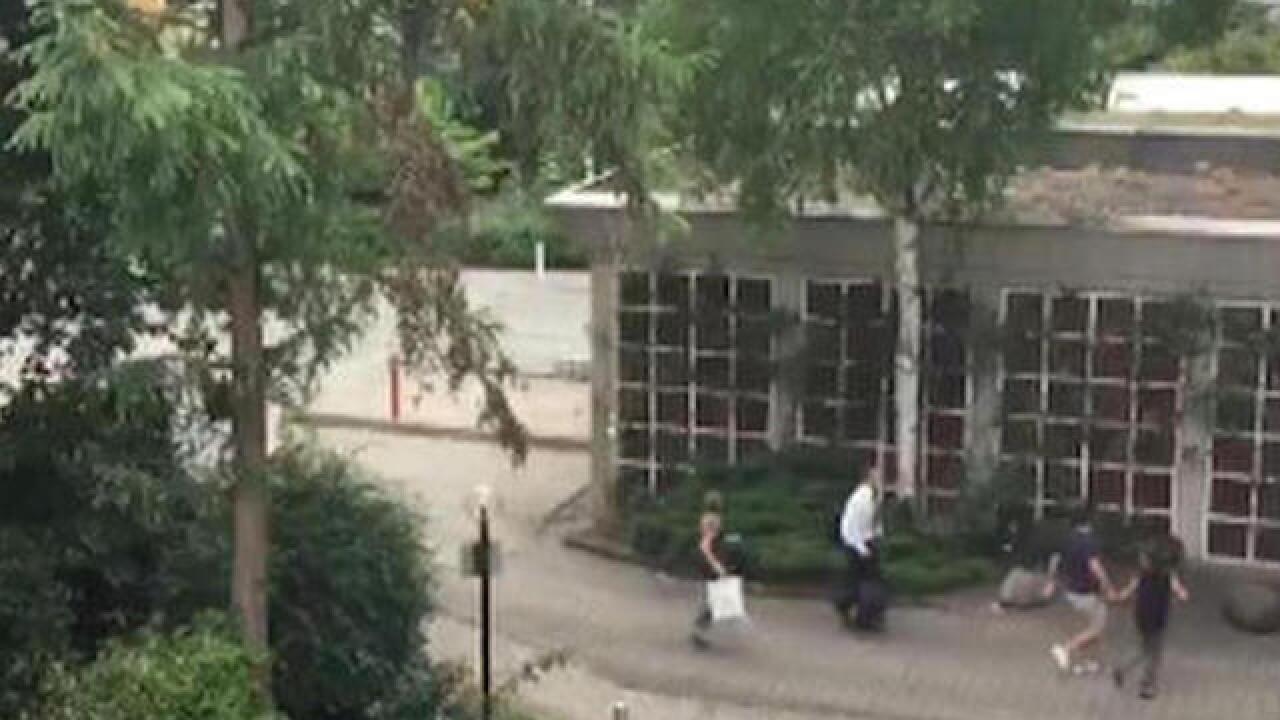 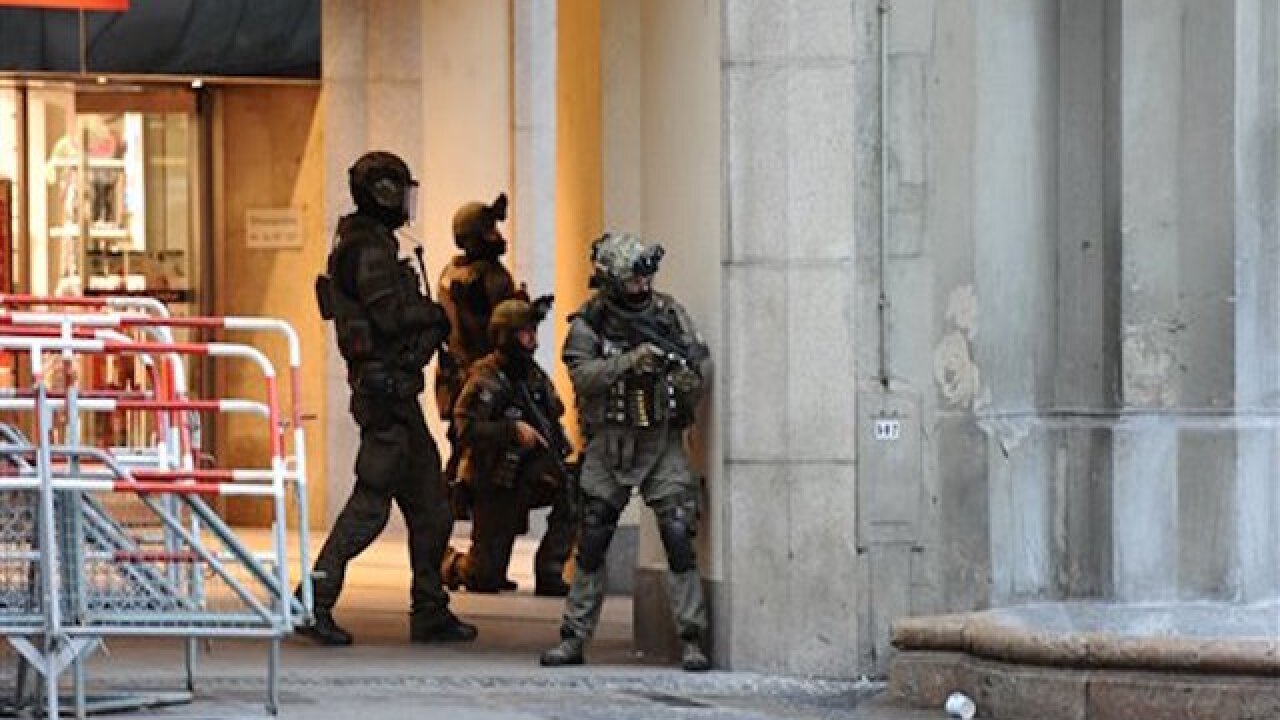 BERLIN (AP) —  Munich police say they have found ninth body at shooting scene; checking to see if it was an attacker.

Munich police warned people to avoid public places as they hunted for the shooter or shooters who opened fire at a shopping mall, killing eight people and wounding others in a rampage described as "suspected terrorism," police and media reports said.

"At the moment no culprit has been arrested," police in the Bavarian capital said on social media. "The search is taking place at high speed."

Members of Germany's elite anti-terrorism force are on their way to the scene of the deadly shooting.

Video obtained by The Associated Press from German news agency NonstopNews showed two bodies with sheets draped over them not far from a McDonald's across from the mall.

Bayrischer Rundfunk reported that shops in the center of Munich had closed with customers inside though police said reports of shots fired at a location downtown had been a false alarm.

Police responded in large numbers to the mall in the northern part of Munich, not far from the city's Olympic Stadium in the Moosach district of the Bavarian capital.

It was also not far from where Palestinian attackers opened fire in the Olympic Village in 1972, killing 11 Israeli athletes.

It was the second attack in Germany in less than a week. On Monday, a 17-year-old Afghan wounded four people in an ax-and-knife attack on a regional train near the Bavarian city of Wuerzburg, and another woman outside as he fled. All survived, although one man from the train remains in life-threatening condition. The attacker was shot and killed by police.

The Islamic State group claimed responsibility for the train attack, but authorities have said the teen likely acted alone.