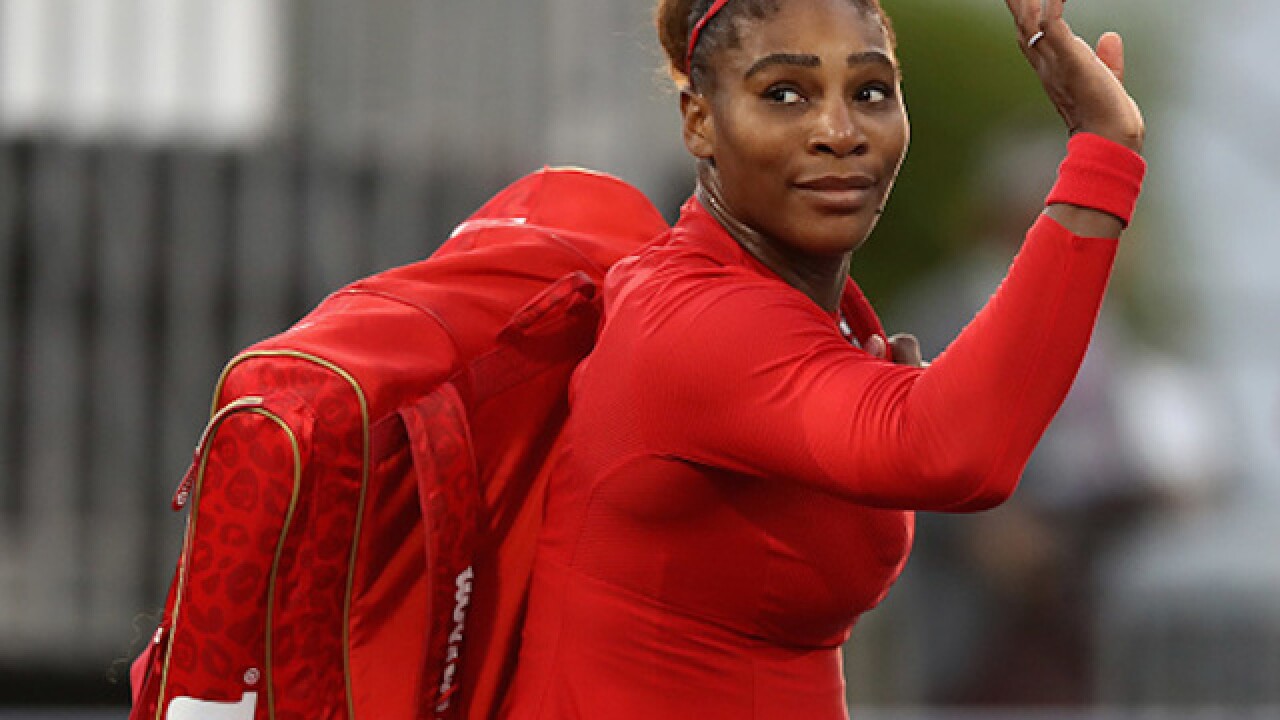 Image copyright 2018 Getty Images. All rights reserved. This material may not be published, broadcast, rewritten, or redistributed.
Ezra Shaw
<p>SAN JOSE, CA - JULY 31: Serena Williams of the United States waves to the crowd after she lost her match to Johanna Konta of Great Britain during Day 2 of the Mubadala Silicon Valley Classic at Spartan Tennis Complex on July 31, 2018 in San Jose, California. (Photo by Ezra Shaw/Getty Images)</p>

Tennis superstar Serena Williams says she found out her sister's killer had been released from prison minutes before her loss to Johanna Konta last month.

The 6-1 6-0 defeat to Konta in the opening round of the Silicon Valley Classic was the worst of Williams' 23-year career.

In an interview with Time Magazine, the 23-time grand slam champion said she was scrolling through Instagram 10 minutes before her match and learned the killer had been released on parole.

Robert Maxfield was jailed for 15 years in April 2006 for the shooting of Yetunde Price -- Williams' older half-sister -- in 2003 in Compton, Los Angeles.

"It was hard because all I think about is her kids -- and what they meant to me. And how much I love them," she added.

"No matter what, my sister is not coming back for good behavior -- it's unfair that she'll never have an opportunity to hug me."

Williams explains that although the Bible teaches forgiveness, she is not at the point of forgiving Maxfield.

"I would like to practice what I preach, and teach Olympia that as well,"she added, referring to her own daughter. "I want to forgive. I have to get there. I'll be there," she said.

Williams made her tennis comeback earlier this year after giving birth to her daughter Olympia in September last year.

Last week, the Wimbledon runner-up said in an Instagram post that since giving birth she had struggled with postpartum emotions by feeling she was "in a funk" and "not a good mom."

"I read several articles that said postpartum emotions can last up to three years if not dealt with. I like communication best," she said.

"Talking things through with my mom, my sisters, my friends let me know that my feelings are totally normal.

"It's totally normal to feel like I'm not doing enough for my baby."

Looking ahead, Williams will attempt to win her seventh singles title at the US Open, which starts on September 27. In 2015 and 2016 she was knocked out in the semifinals.

"I'm trying to get a new vibe there," she said of returning to Flushing Meadows. "But I'm not going in there thinking I'm going to lose. That's not being Serena. That's being someone else."

Williams says she wants Olympia to see and remember her win a Grand Slam title, but with a year of changes, the star is just looking to find the right balance.

"Nothing about me right now is perfect -- but I'm perfectly Serena."