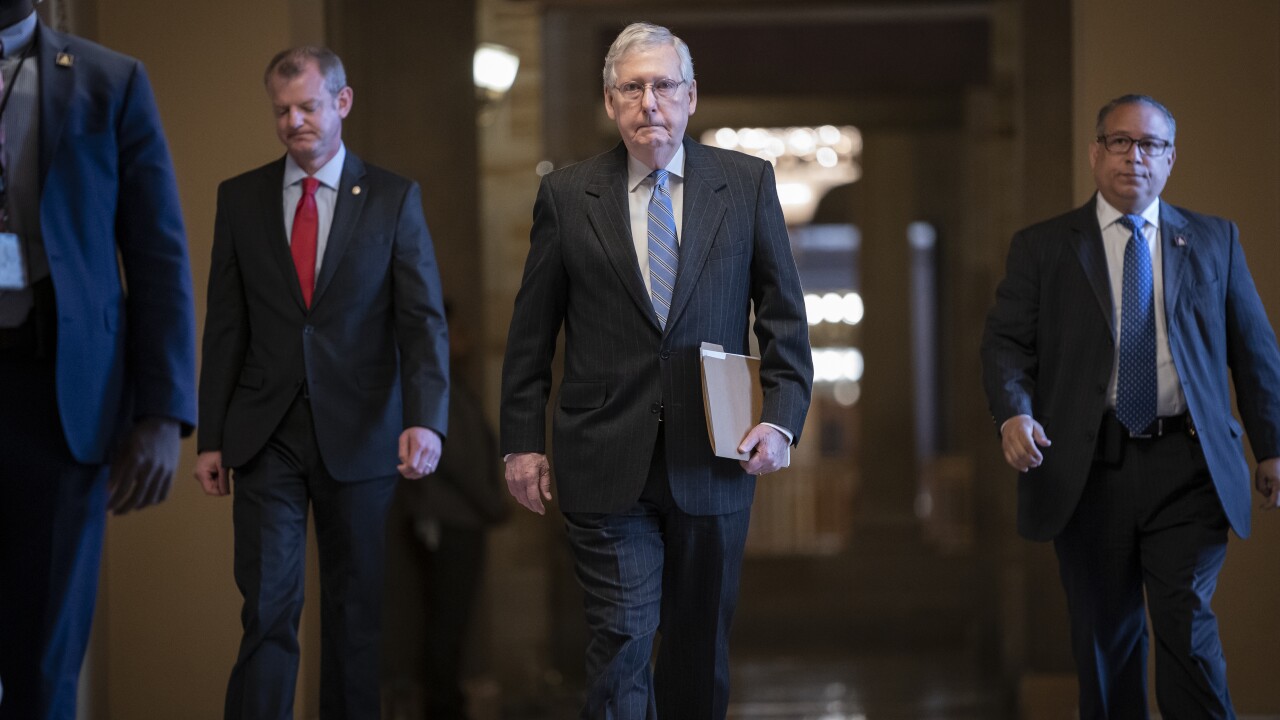 A bill that will give many Americans a $1,200 check in the upcoming days finally got the green light from the US Senate late Wednesday after days of wrangling between the two parties.

All 96 senators present voted in favor of the legislation, marking a coveted moment of bipartisanship in Washington.

"We were inspired by what was going on around the country," Senate Majority Leader Mitch McConnell said. "This is a proud moment for the United States Senate and the country."

While both parties generally agreed that a one-time check should be sent to a majority of Americans, details on just how many Americans should receive a check, on how much unemployment insurance should be awarded and who would oversee stimulus for businesses were up for debate.

The two sides came to an understanding late Tuesday, but some Senate members opposed some of the unemployment provisions.

Now the bill goes to the House, which has been holding pro forma sessions amid the spread of coronavirus. The question is whether any members of the House will force a full vote, which could cause the bill to be delayed for several more days as House members would need to return to Washington.

President Donald Trump said on Wednesday that he will sign the bill into law as soon as Congress sends it to him.

The urgently needed bipartisan legislation is the largest economic rescue measure in the country’s history. The last stimulus bill like this was passed during the 2008 financial crisis and amounted to $700 billion.

Under the COVID-19 measure, American adults making less than $75,000 a year would receive $1,200 checks as well as $500 per child to help fill in the gaps for those without a steady income during the crisis.

The legislation would also establish a $500 billion lending fund for industries, cities and states. A Treasury Department special inspector general would be appointed to scrutinize the lending decisions and detect any abusive or fraudulent behavior.

About $150 billion will be sent to state and local governments, who are in the front lines of the pandemic.