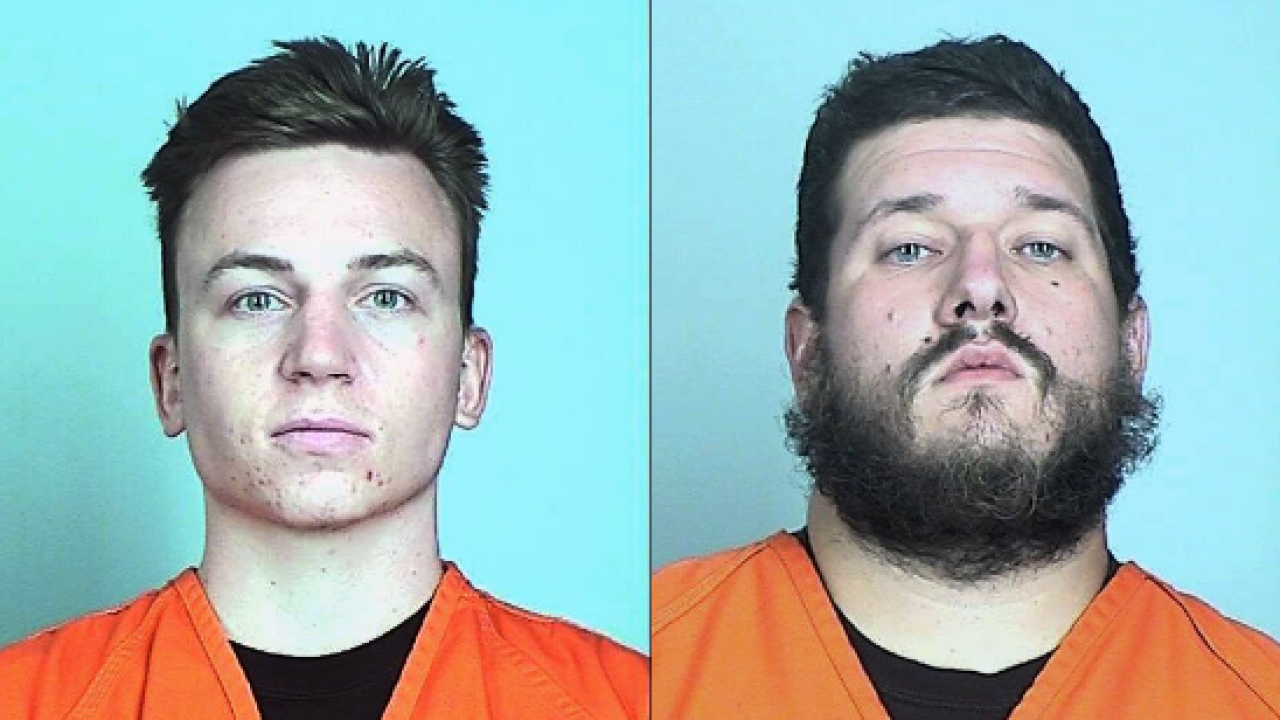 Two men who claim to be members of the Boogaloo Bois are facing federal charges for trying to help Hamas, a designated foreign terrorist organization.

Boogaloo Bois and sub-groups are a loosely-connected group of people with violent anti-government stances; some members were seen at racial injustice demonstrations this summer wearing Hawaiian shirts and carrying long weapons. Many have a negative view of officers and government structure, advocating for the injury or death of police.

Social media groups claiming to be part of the Boogaloo Bois movement have attracted attention this year and tens of thousands of members online, according to USA Today.

Michael Solomon and Benjamin Teeter call themselves members of the group, and of a sub-group called Boojahideen, and were allegedly seen opening carrying firearms in residential neighborhoods in Minneapolis following the death of George Floyd and the demonstrations that followed.

According to the FBI’s investigation of Solomon and Teeter, they “possessed firearms and substantial quantities of ammunition and that Solomon, Teeter, and other members of the Boogaloo Bois and Boojahideen discussed committing acts of violence against police officers and other targets in furtherance of the Boojahideen’s stated goal of overthrowing the government and replacing its police forces.”

The investigation states Solomon and Teeter thought they were talking to a member of Hamas in June, and offered themselves as mercenaries for Hamas as a means to generate cash for the Boogaloo Bois movement. The two defendants allegedly stated on audio recordings they believed Hamas shared their anti-U.S. Government views.

Later in the investigation, Solomon and Teeter met with someone they believed to be a senior member of Hamas, who was actually an undercover FBI employee. They allegedly told this person their plans to destroy government monuments, raid the headquarters of a white supremacist organization in North Carolina and target certain politicians and members of the media.

The two men reportedly gave unmarked parts for guns and offered to make fully-automatic weapons for the man posing as a Hamas member. Solomon and Teeter believed the parts and guns would be used by Hamas overseas to attack Israeli and U.S. soldiers.

Solomon and Teeter face charges of conspiring and attempting to provide material support to a designated foreign terrorist organization. They have a court hearing on September 9.