Sebastian Gorka, deputy assistant to President Trump, out at the White House 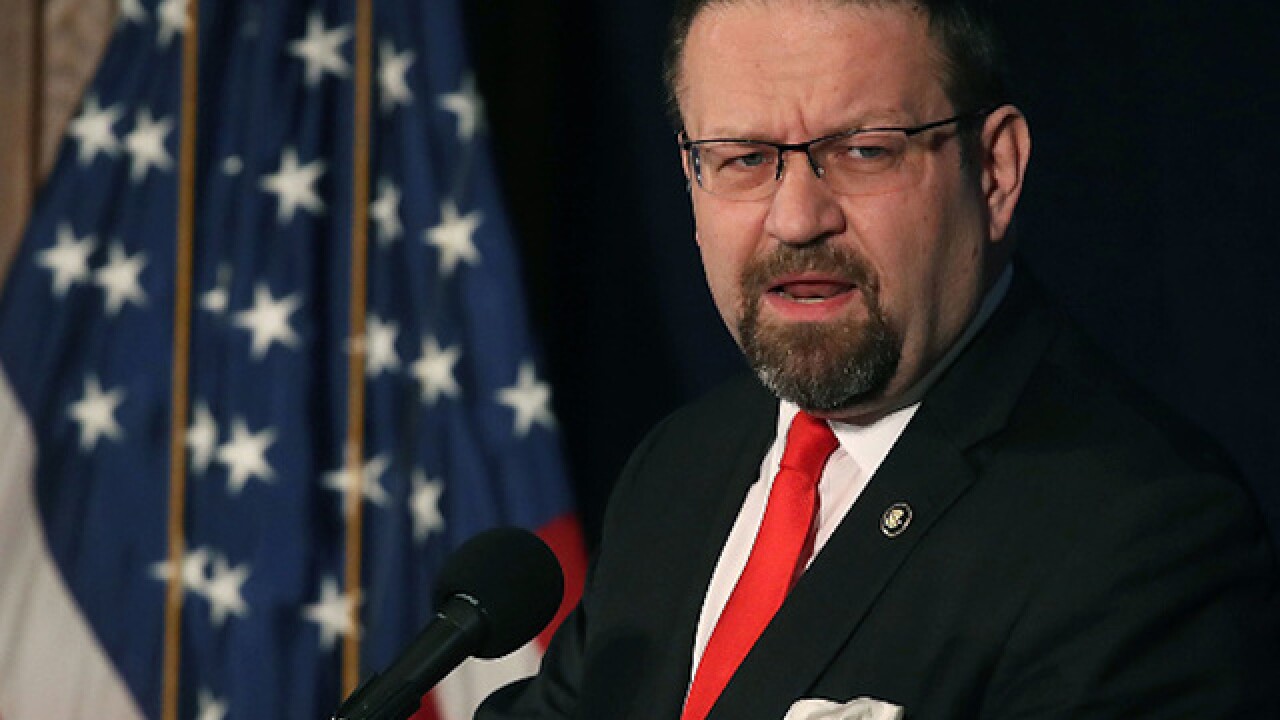 Image copyright 2017 Getty Images. All rights reserved. This material may not be published, broadcast, rewritten, or redistributed.
Mark Wilson
<p>Sebastian Gorka, a deputy assistant to President Trump, has resigned. </p>

The news, which came late Friday evening, was widely expected in the West Wing, which has now seen high-profile departures on successive Fridays for several weeks.

Gorka was one of Trump's most prominent cheerleaders, frequently hitting the airwaves to defend the President's policies and public statements.

But his role outside of television hits was unclear. He did not play a major policymaking role, according to administration officials, and was not a member of the National Security Council.

One White House official said Gorka submitted his resignation to retired Gen. John Kelly, the White House chief of staff, on Friday. The official said it had become clear to Gorka that he would not be allowed to have a meaningful role going forward.

But a separate White House official disputed that he resigned.

"Sebastian Gorka did not resign, but I can confirm he is no longer with the White House," that second White House official said, according to a statement given to reporters.

Several White House officials have told CNN Gorka was forced out of the administration.

Kelly, who assumed the chief of staff role in late July, has been conducting a review of the West Wing that includes assessing individual staffers' portfolios.

A person familiar with the situation said Kelly was coming up empty when it came to Gorka's role, though he recognized his efforts to promote Trump's message on television.

Gorka's TV appearances -- during which he often sparred with hosts and reporters -- were popular with Trump, however, complicating decisions about his future.

But most White House staffers came to see the departure last week of chief strategist Steve Bannon as a sign that Gorka's days were numbered.

Gorka's work for Trump goes back as far as 2015; Federal Election Commission filings showed that Gorka was paid $8,000 that October to be a policy consultant for the Trump campaign.

Gorka also was a member of the White House's Strategic Initiatives Group, which he described as a focal point for task forces collaborating with people outside government. His resignation adds to a long list of high-profile departures from the White House, including chief strategist Steve Bannon, chief of staff Reince Priebus and press secretary Sean Spicer.

A CNN K-File review of Gorka's public comments throughout the presidential campaign shows that even after his work for Trump, the former Breitbart national security editor offered stinging critiques of his future boss's rhetoric on key foreign policy issues from terrorism to Russia and China.

Gorka, a US citizen who was born in Britain and has Hungarian parents, was known for his dire warnings of Islamic terrorism while at Breitbart.