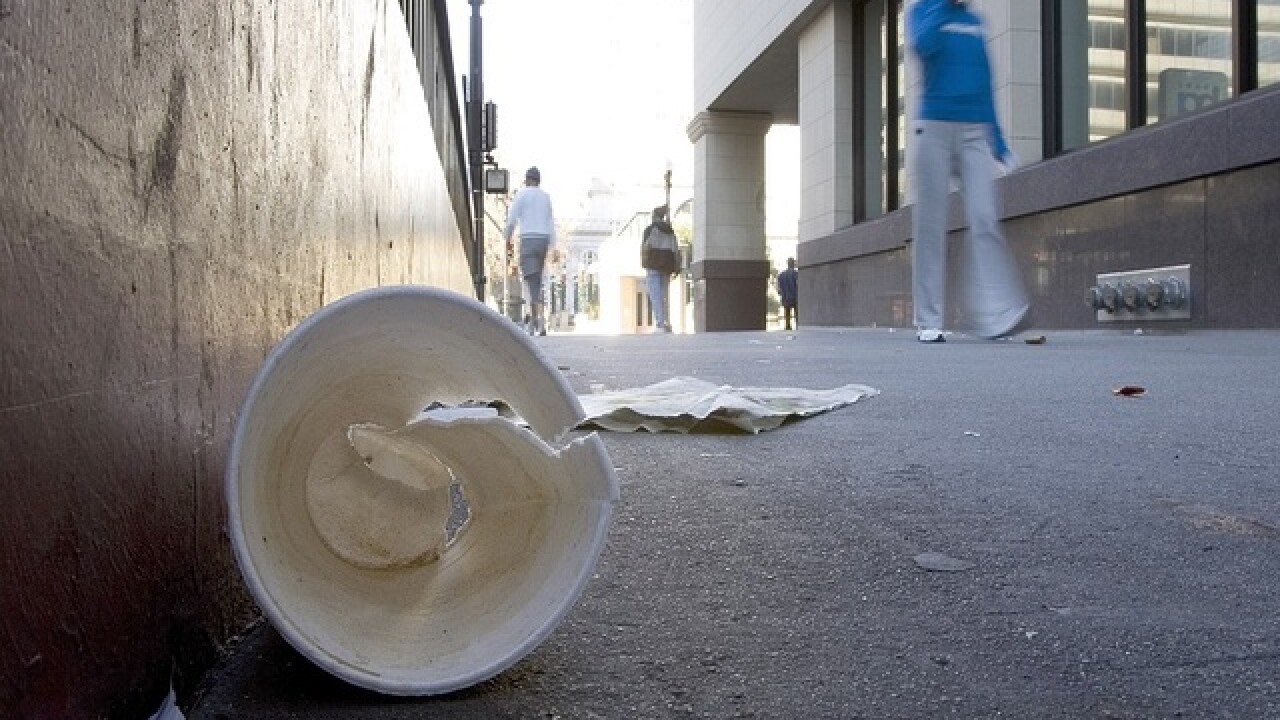 David Paul Morris
<p>OAKLAND, CA - JANUARY 1: Used styrofoam cups are seen on the streets on January 1, 2007 in Oakland, California. In an effort to curb pollution, the city of Oakland on January 1, 2007 bans food establishments from using Styrofoam made take out containers. As an alternative, the city encourages food establishments to reduce use of plastic in favor of other materials that are biodegradable or can be composted. (Photo by David Paul Morris/Getty Images)</p>

The San Francisco Board of Supervisors made a unanimous vote on Tuesday that will mark the most extensive ban on Styrofoam in the country.
The legislation passed bans the product – technically known as polystyrene foam -- in food packaging such as meat trays, to-go containers, packing peanuts, coffee cups and pool toys.
Sponsors of the bill have argued that such non-biodegradable foam products pollute waterways and could potentially harm animal life.
According to Time, for most products, the ban will take effect Jan. 1, 2017.
However, for meat and fish trays, the effective date is pushed back to July 1, 2017.
Time notes that the ban does not apply to trademarked Styrofoam products used for insulation and construction materials, as well as some craft products.
“We just passed the toughest anti-Styrofoam law in the country, and we did it unanimously!” said Supervisor London Breed, according to the San Francisco Chronicle. “This is a huge step for our environment and health. San Francisco is on our way to leading the country on environmental policy — again!”
San Francisco isn’t the only major city that has implemented such a ban.
Washington, D.C. has a ban on expanded polystyrene products in the food service industry that went into effect in January.
Copyright 2016 Scripps Media, Inc. All rights reserved. This material may not be published, broadcast, rewritten, or redistributed.