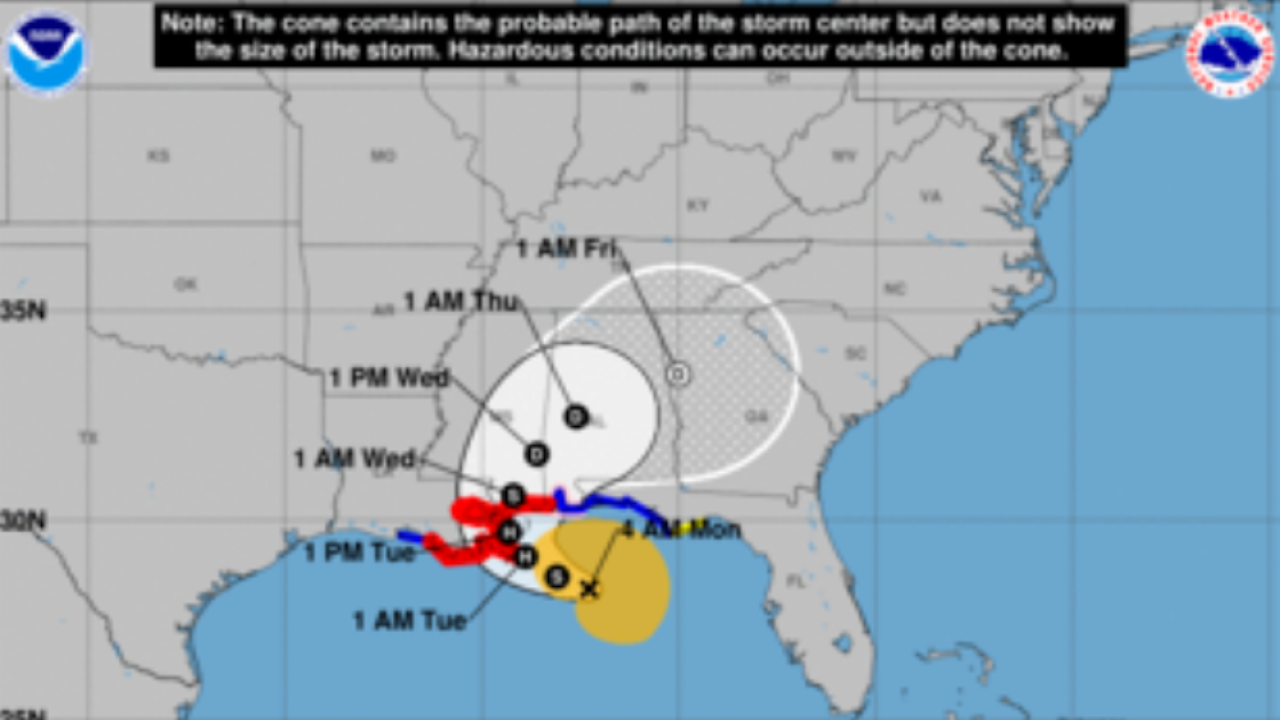 Forecasters from the National Hurricane Center in Miami said Sally is expected to become a hurricane on Monday and reach shore by early Tuesday, bringing dangerous weather conditions including risk of flooding to a region stretching from the western Florida Panhandle to southeast Louisiana.

Louisiana Gov. John Bel Edwards urged people to prepare for the storm immediately. He also said there are still many from southwestern Louisiana who evacuated from Hurricane Laura into New Orleans — exactly the area that could be hit by Sally.

As the Gulf Coast braced for Sally, Bermuda was hunkered down and riding out the effects of Hurricane Paulette. That storm — with maximum sustained winds of 90 mph as of 4 a.m. ET — was hovering above the Atlantic island nation as of Monday morning. The storm is expected to impact Bermuda throughout the day on Monday before moving west on Tuesday.

Also on Monday, Tropical Storm Teddy formed in the eastern Atlantic Ocean. According to National Hurricane Center forecasts, it's not expected to make landfall until next week if it doesn't dissipate by then.

Teddy marks the 19th named storm of 2020. According to the NOAA, the record for most named storms in one year came in 2005, when 27 storms of at least Tropical Storm level formed.

The NHC is currently monitoring eight systems in the Atlantic and Caribbean.