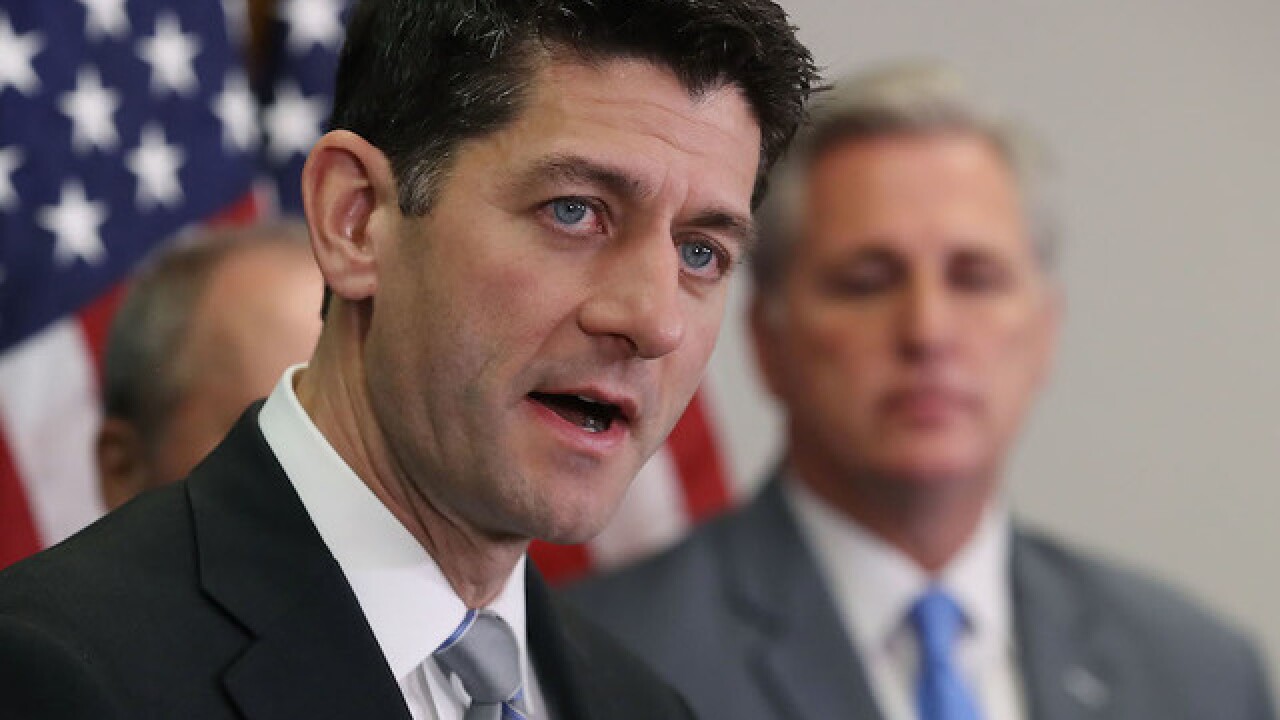 Conservatives -- including House Speaker Paul Ryan -- are striking back after President Donald Trump announced last week he planned to raise tariffs on aluminum and steel coming into the US.

"We are extremely worried about the consequences of a trade war and are urging the White House to not advance with this plan," Ryan spokeswoman AshLee Strong said in a statement Monday morning. "The new tax reform law has boosted the economy and we certainly don't want to jeopardize those gains."

Earlier Monday, Ryan's office blasted out a CNBC article that linked a drop in the markets to Trump's planned levies on steel and aluminum.

"Stocks opened lower on Monday as investors mulled over potential US steel and aluminum tariffs," the lead sentence of the story stated. The article has since been updated to reflect the most recent movements in the stock market, but the move underscores just how frustrated conservatives are.

In recent days, the President's actions on trade have stunned the GOP in new ways. In the wake of the announcement, Republicans haven't been shy about their displeasure with the Trump administration's decision. Many lawmakers have issued strong rebukes of Trump's plans and outside conservative groups have also spoken out.

On Monday, the Club for Growth, an outside conservative group, announced opposition to the planned tariffs.

"The idea of imposing steel or aluminum tariffs of any kind is an affront to economic freedom," stated Club for Growth President David McIntosh said in a statement. "First and foremost, it's bad for the American worker. For every steel worker job that might be saved because of a tariff, our country will lose even more American jobs in auto plants, construction, and so many other industries."

There's little Congress can do to confront Trump's decision on trade, but Trump's announcement, unlike other policy positions that challenge traditional GOP orthodoxy, have hit a nerve.

Sen. Pat Roberts, the chairman of the Senate Agriculture Committee, told reporters last week that Trump's decision on tariffs was the wrong one.

"Every time you do this, you get a retaliation. And agriculture is the number one target. I think this is terribly counterproductive for the (agriculture) economy and I'm not very happy," Roberts said.