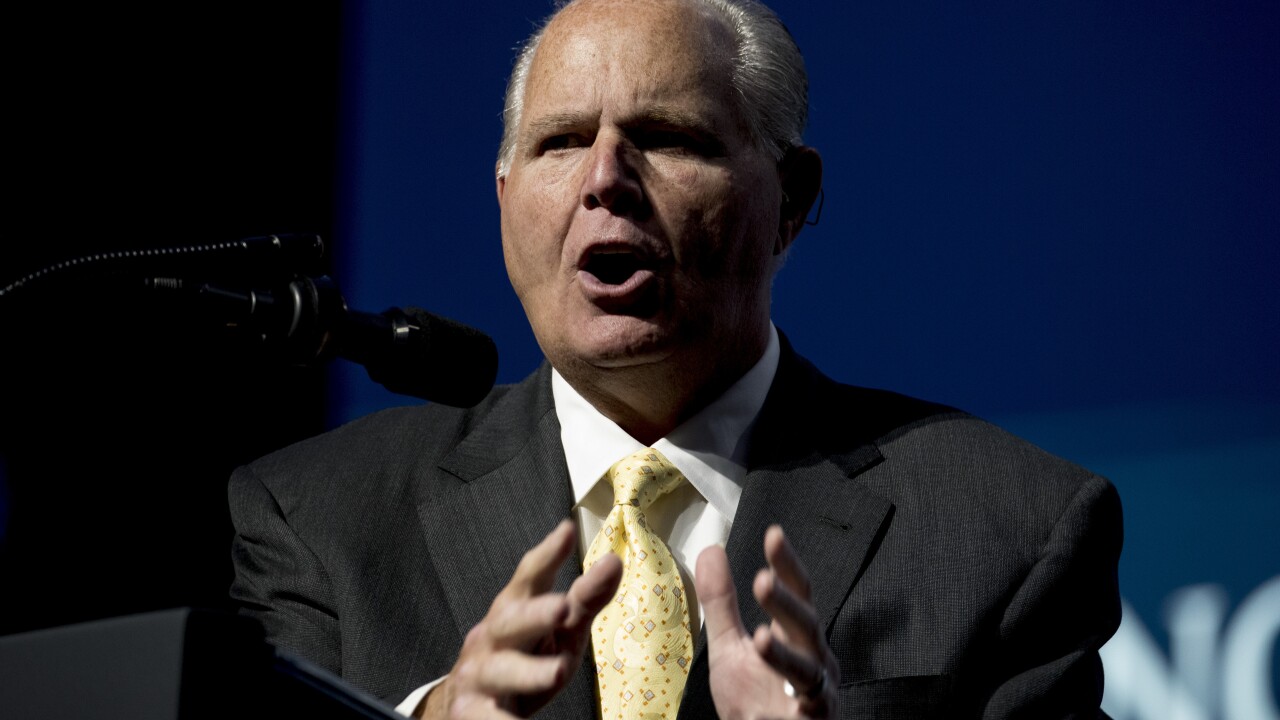 The conservative radio host made the announcement on "The Rush Limbaugh Show," adding that there will be days that he won't be able to do his show because he'll be undergoing treatment.

Limbaugh said he first realized something was wrong around Jan. 12 and his diagnosis was confirmed by two medical institutions on Jan. 20.

The 69-year-old said he’s not currently experiencing many symptoms, but he did have some shortness of breath that he thought might have been asthma.

Limbaugh said he plans to take the next couple of days off to figure out a course of action for his treatment and have further testing done.

“My intention is to come here every day I can and to do this program as normally, and as competently, and as expertly as I do each and every day, because that is the source of my greatest satisfaction professionally, personally,” said Limbaugh.

Limbaugh has been hosting his radio show for 31 years and he’s among the highest-paid radio figures. He’s also written several books.