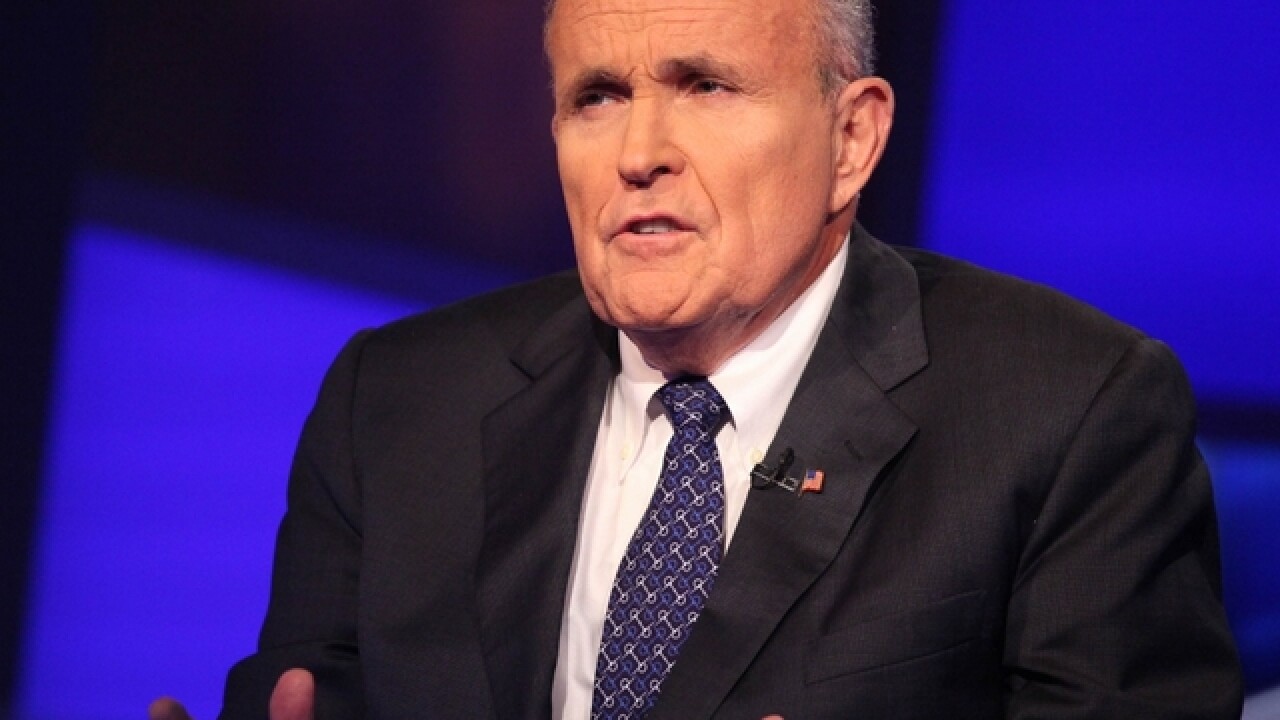 Rudy Giuliani just contradicted the White House and the Justice Department on a very sensitive subject: The AT&T-Time Warner deal.

"The president denied the merger," Giuliani, a new member of President Trump's legal team, said in an interview with HuffPost on Friday.

Giuliani was seemingly trying to defend the president against any suggestion that Michael Cohen improperly influenced the administration after the revelation that Cohen, Trump's longtime personal attorney, was paid large sums of money by AT&T and several other corporate clients.

"Whatever lobbying was done didn't reach the president," Giuliani said, repeating a claim he made to CNN's Dana Bash on Thursday.

But then Giuliani went further, telling HuffPost's S.V. Date that "he did drain the swamp... The president denied the merger. They didn't get the result they wanted."

In other words: If AT&T hired Cohen to win government approval of the deal, AT&T wasted its $600,000.

But the assertion that "the president denied the merger" flies in the face of everything the government has previously said about the deal.

"If Giuliani didn't misspeak, this is major news," former federal prosecutor Renato Mariotti tweeted Friday night. "It is highly unusual for the president to be involved in DOJ merger decisions."

It is possible that Giuliani misspoke, or that he simply does not know what he's talking about. He was not working for Trump at the time the Justice Department was reviewing the deal. Since he began representing Trump, he has had to change the story he has been telling in public about Stormy Daniels and what Trump knew or didn't know and when about the payment Cohen made to her. And he may simply have meant "the president" as a stand-in for "the administration."

But this is not the first time that there have been questions about whether politics and Trump influenced the DOJ's decision.

On the day AT&T announced its bid to buy Time Warner, the parent company of CNN, then-candidate Trump said he opposed the deal. So when he took office, there were concerns within AT&T and Time Warner that he or his aides would try to block the deal.

AT&T said earlier this week that it hired Cohen, in part, to gain "insights" about the Trump administration's thinking about the deal.

Throughout 2017, career officials at the Justice Department's antitrust division conducted a standard review of the proposed deal.

The DOJ traditionally operates with a lot of independence. But there were persistent questions about possible political interference, especially in light of the president's well-publicized disdain for both CNN and attorney general Jeff Sessions.

Still, AT&T and Time Warner executives believed the deal would receive DOJ approval, much like Comcast's acquisition of NBCUniversal did nearly a decade ago. By October, they thought the thumbs-up was right around the corner.

They were wrong. In November, the DOJ went to court to block the deal, alleging that the combination of the two companies would give AT&T too much power in the marketplace.

That's when questions about Trump's hidden hand really got louder. Democratic lawmakers raised alarms. So did AT&T and Time Warner. Other critics pointed out Trump's complaints about Sessions and the DOJ. Trump had recently been quoted saying "I'm not supposed to be involved in the Justice Department," adding, "I'm not supposed to be doing the kinds of things I would LOVE to be doing, and I'm very frustrated by it."

But White House aides like Kellyanne Conway insisted that the White House was not interfering.

The DOJ's antitrust chief, Makan Delrahim, said the same thing. He denied being influenced by Trump.

In an affidavit, Delrahim said "all of my decisions" about suing to block the deal "have been made on the merits, without regard to political considerations."

Ahead of the trial, AT&T and Time Warner sought discovery on any relevant communications between the White House and the Justice Department. But a judge denied the request, and the companies dropped any argument that the case was motivated by politics.

The Justice Department and AT&T had no immediate comment Friday night.