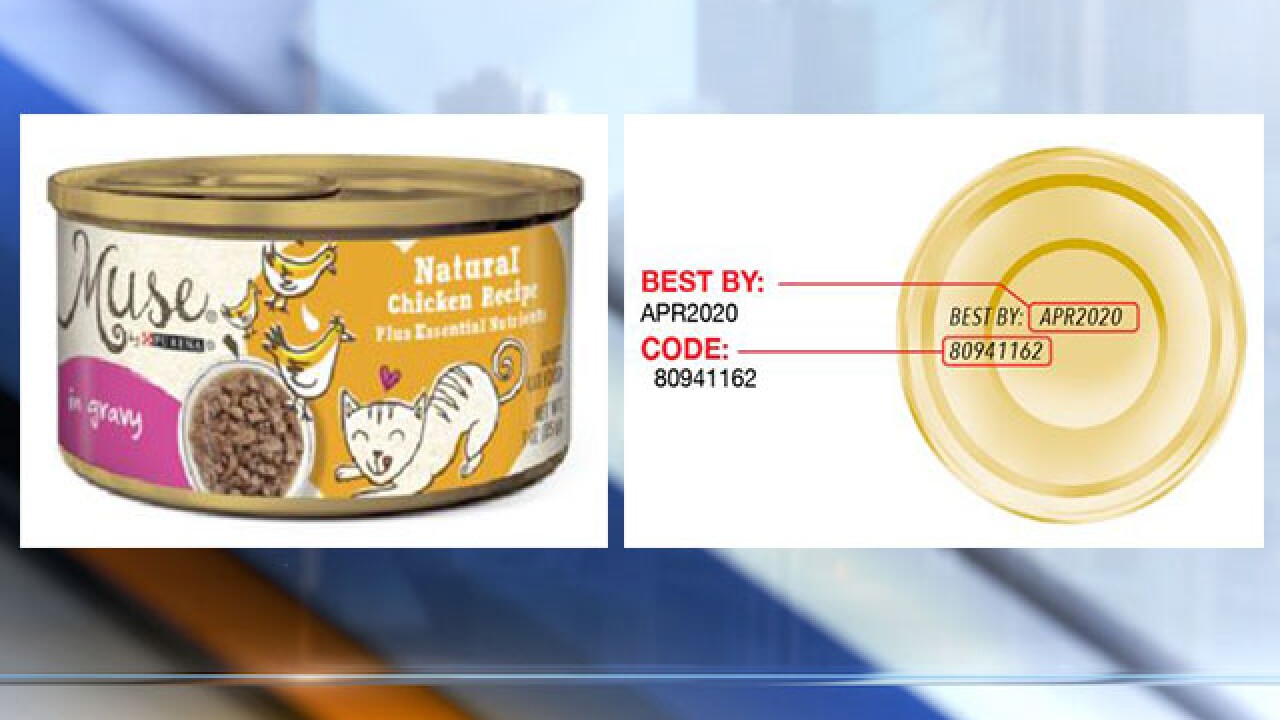 Due to rubber pieces being found in some cans of Muse Wet Cat Food, Purina has issued a voluntary recall, according to the Food and Drug Administration .

The recall was announced Friday after rubber pieces, which may present a potential choking hazard, was found in Muse's 3-ounce cans of the Natural Chicken Recipe in Gravy, the FDA said in a news release.

Purina said the pieces are "translucent yellow with a blue backing."

The release said Purina became aware of the rubber pieces from pet owners, but had not received reports of any cats being injured or falling ill.

Stay in touch with us anytime, anywhere.

Download our free app for Apple and Android and Kindle devices.

Sign up for newsletters emailed to your inbox. Select from these options: Breaking News, Severe Weather, School Closings, Daily Headlines and Daily Forecasts.