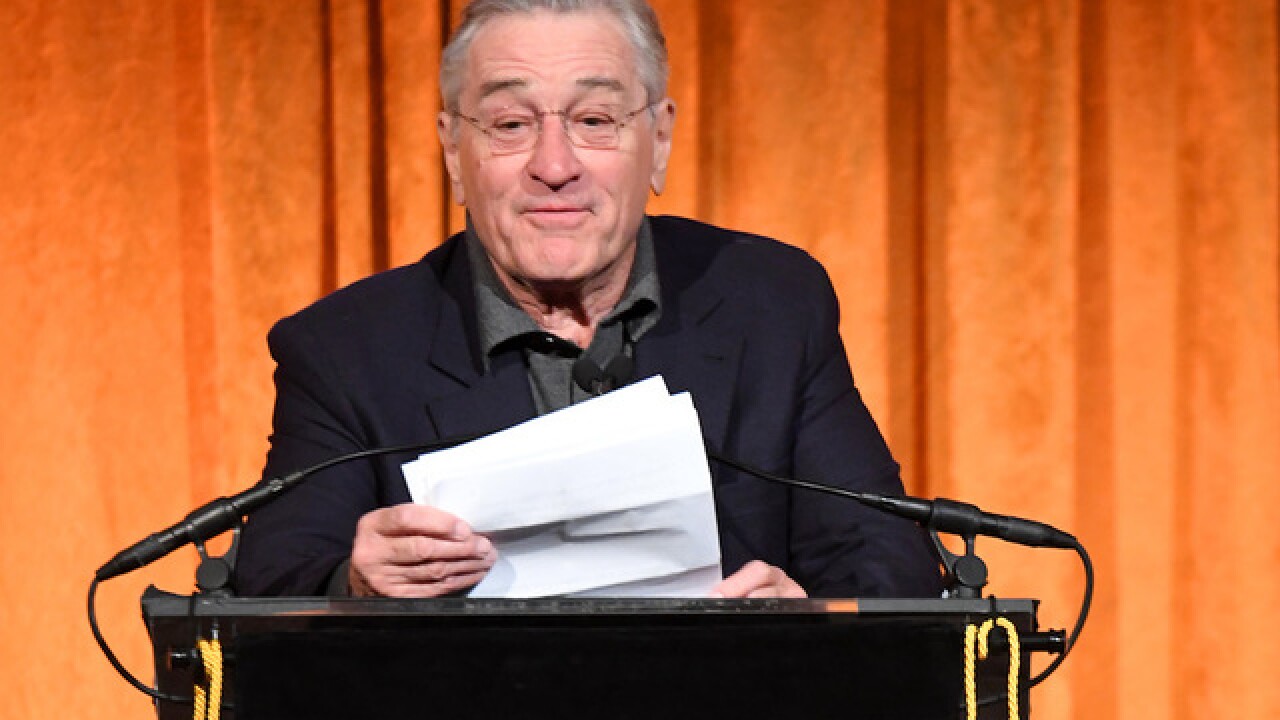 Robert De Niro directed a profanity-laced rant toward President Donald Trump Tuesday night and compared the Trump administration's attacks on the media to those of former President Richard Nixon.

"Our baby-in-chief -- the j---off-in-chief, I call him -- has put the press under siege, ridiculing it and trying to discredit it through outrageous attacks and lies," De Niro said in a speech at the National Board of Review Annual Awards Gala, according to video of the event provided to CNN.

De Niro, who backed Democratic president candidate Hillary Clinton in 2016, slammed Trump in a 2016 video, saying, "I'd like to punch him in the face."

Amid Trump's attacks on the media, Streep and Tom Hanks, who were honored at the gala, have been vocal about their support for the press.

The Oscar-winning actors star in Steven Spielberg's "The Post," which chronicles the story of The Washington Post's controversial decision to publish stories about the Pentagon Papers, the Defense Department's secret study of US involvement in the Vietnam War.

Streep became a target of Trump's Twitter ire in January 2017 when she criticized his rhetoric and called on the media to fight back while accepting an award at the Golden Globes.

Even though she didn't not mention Trump by name, Streep's thinly veiled references were not lost on the then-President-elect, who slammed her as a "Hillary flunky" and questioned her acting skills.

Hanks expressed concern over Trump's attacks on the media in an interview with David Axelrod on the "Axe Files" last month.

Last March, Hanks surprised the White House press corps with an espresso machine and added a note encouraging the journalists to continue their work.

"Keep up the good fight for the truth, justice and the American way," Hanks wrote in a note. "Especially for the Truth part."