RNC has spent more than $424,000 at Trump properties so far this year 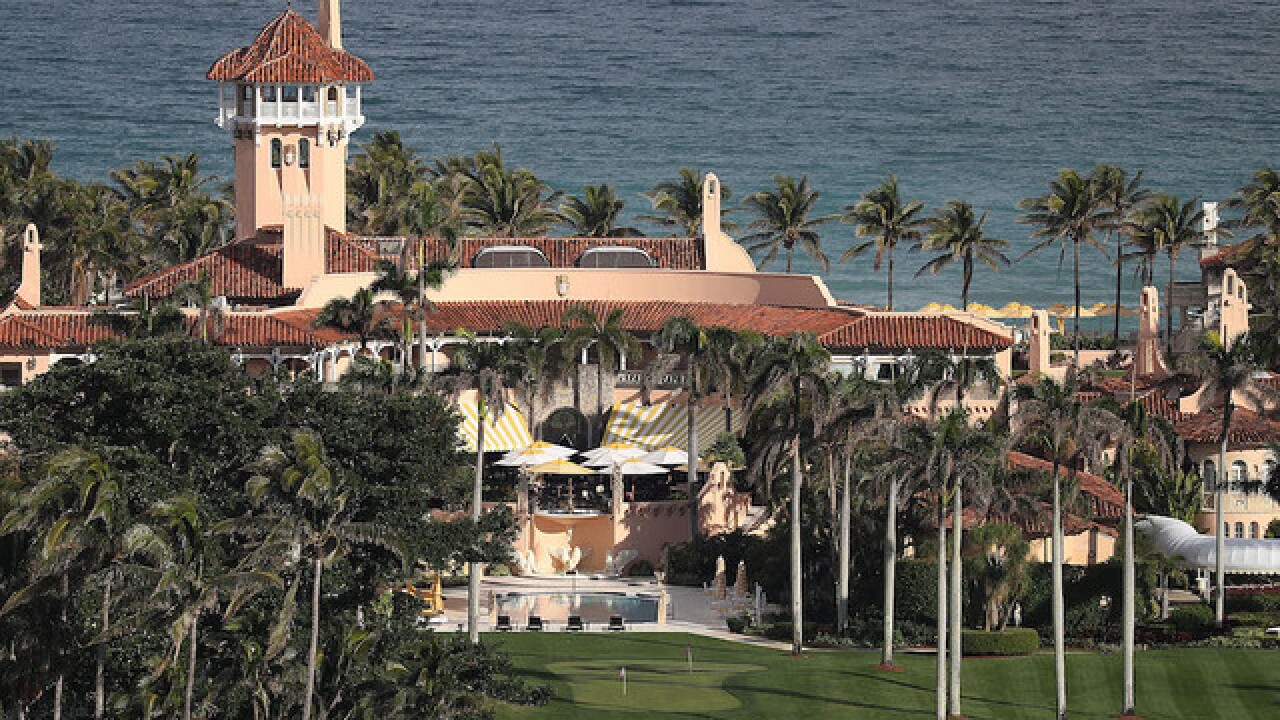 Copyright Getty Images
Joe Raedle
<p>PALM BEACH, FL - JANUARY 11: The Atlantic Ocean is seen adjacent to President Donald Trump's beach front Mar-a-Lago resort the day after Florida received an exemption from the Trump Administration's newly announced ocean drilling plan on January 11, 2018 in Palm Beach, Florida. Florida was the only state to receive an exemption from the announced deregulation plan to allow offshore oil and gas drilling in all previously protected waters of the Atlantic and Pacific oceans. (Photo by Joe Raedle/Getty Images)</p>

The Republican National Committee spent over $424,000 at Trump properties in the first two months of 2018, according to Federal Election Commission documents .

In just February, according to FEC documents made public Tuesday, the RNC spent more than $271,000 on venue rental and catering at Trump properties in Florida and Washington, DC.

FEC filings also show that starting in September 2017, the RNC has paid $37,000 monthly to rent space in Trump Tower for the Trump campaign, totaling over $225,000 so far.

After he was elected President, Donald Trump placed his business into a trust controlled by his adult sons, Don Jr. and Eric, but did not liquidate his holdings or let an independent manager handle the trust without his knowledge -- the approach favored by past presidents and by ethics experts because it separates the president's personal profit motive from his decisions on behalf of the government.

The arrangement has drawn criticism from ethics watchdogs, who say it allows for the appearance of a conflict of interest.

An RNC official said donors enjoy visiting Trump properties, and also pointed to security, convenience and price as factors in the committee's decision-making. The official added that Trump properties are often cheaper to rent than other venues, noting that the FEC demands the RNC receive market rates.

The RNC spending at Trump properties in February is also up from recent months. Excluding Trump Tower rent, the committee spent about $44,500 in December 2017, $79,000 in January and $271,000 in February at Trump properties. Almost all of the February spending came from two events at Trump's Doral golf club in Florida and another event at the Trump hotel in DC.

Since the beginning of 2017, the RNC has spent nearly $800,000 at Trump properties, including the monthly rental payments and the spending on venue rental and catering.

FEC records also show that the RNC has paid John Pence, Vice President Mike Pence's nephew, over $7,000 a month since September for his work on the Trump campaign, where he serves as a deputy executive director.

The RNC has also made several payments to Parscale Strategies LLC, the company belonging to Trump's 2020 campaign manager,Brad Parscale.

In addition to the spending at Trump properties and Trump-linked consulting firms, CNN reported that the RNC spent more than $230,000 in August of last year to cover some of President Trump's legal fees associated with the federal investigation into Russian meddling in the 2016 election.

The RNC raised $12.8 million in February and entered March with over $42 million in cash on hand.